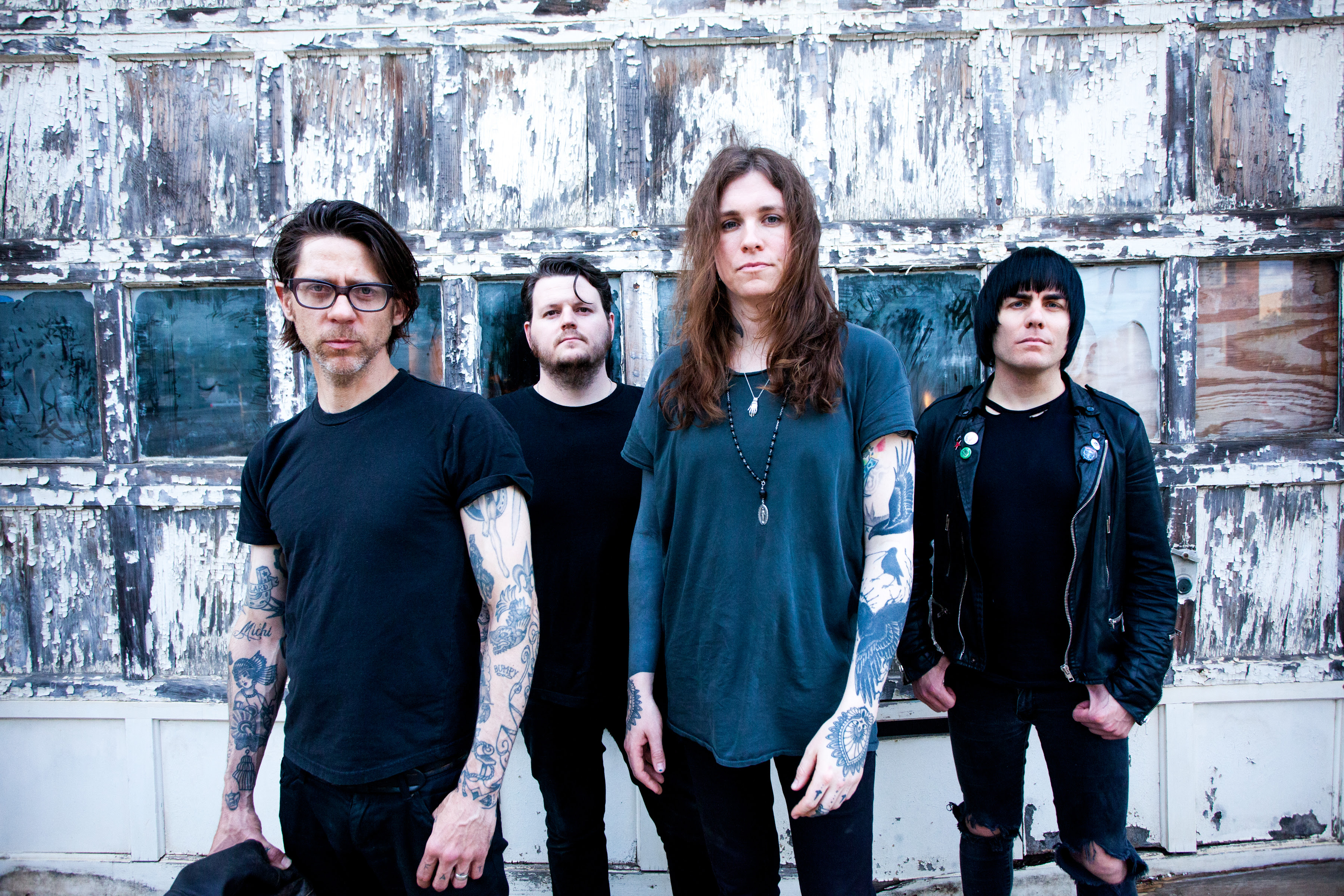 Floridian punk-rock band Against Me! have had the spotlight turn around them once again with their latest release of their seventh record Shape Shift With Me last Friday. Exploring frontwoman Laura Jane Grace‘s experience with love and loss since coming out and identifying as transgender, it has helped her write songs that have followed her journey through this transition, while also embracing those changes in her life. Since joining the band in 2013, drummer Atom Willard had amicable thoughts surrounding the record’s release. Being the second album that he’s had the opportunity to take part of in Against Me!, Willard showed great enthusiasm for the new material to finally be released.

“We’ve been excited about the record ever since we’ve finished it,” he says. “As it became further along in the process, you really start to get an idea of what it is gonna be and what it’s going to sound like, and you’re excited to do that whole process. It’s a whole new, optimistic, fun thing because you’re like, ‘Oh my gosh, I love these new songs!’ You’re just stoked about it. So now, it’s kind of another level of that because you’re starting to see people react to things and say what songs they like the most or which songs they really connect with or whatever it is, and that whole thing starts to take on another life of its own. It’s all a fun process at this point.”

After working in bands such as The Offspring and Angels and Airwaves, the last three years for Willard have been a whirlwind and he shares how working in different bands is essentially doing the same thing but dealing with different people made his experiences stand out from each other. Being in those bands taught him a thing or two on collaborating with your members and just adding to the creative vision of what they all stand for.

“It’s such a small part of it. It’s a bit hard to put into words about how different it can be, while still being really the same. So in Against Me!, it does feel really natural and it feels really comfortable to be here. It’s never felt like I was a new person in the band. Laura and James [Bowman, guitarist] are always really welcoming and open to any ideas that I have, making the way we work together as very collaborative. It’s like I’ve been in this band since the very beginning.”

From 2014’s Transgender Dysphoria Blues to this year’s Shape Shift With Me, Willard admired the fact that the record itself portrayed the struggles of Grace and her life, coping with love and loss while also telling a story to also bring hope to people, particularly in the LGBT community. He expressed that the journey this record had explored was very different from their last record.

“If you were to compare this record to Transgender Dysphoria Blues, it’s not nearly as provocative in that way,” Willard states. “It’s not as declarative – it’s much more of telling a story and going through the process of finding love and losing love and what that means for Laura – not only now, but in the past as well. It’s that perspective and it depends on who you are. If you’re someone that has no idea how this community [LGBT] works or what this community is like, you’re going to be like, ‘Oh wow, everything’s the same for everybody.’

“If you’re someone that’s close to the band and Laura, and her journey already, then it is insight to the things that you go through as someone who’s trans, and trying to find people that can accept you and deal with everything that you have to deal with. Because when you’re with someone, that’s just how it is. You’re both dealing with the same shit.”

Because of how personal Against Me! have gotten over the years, through Laura’s personal experiences and what she has discovered within herself, the four-piece cultivate a sound that’s collaborative and also creating something meaningful for listeners. Willard noted the importance of how being honest with what you really thought was what kept the punk community constant and thriving.

“The whole thing for me with the punk community is that you’re speaking out against something,” he says. “You’re standing up for something that needs to be stood up for, and there’s that whole element I think what makes a punk band. These issues or these matters that we’re talking about that we support and bring into light maybe isn’t what everybody is comfortable with, but it doesn’t matter; that’s what we need to talk about. You don’t do what is easy and what is normal and what’s considered acceptable; you’re doing what’s right for you.”