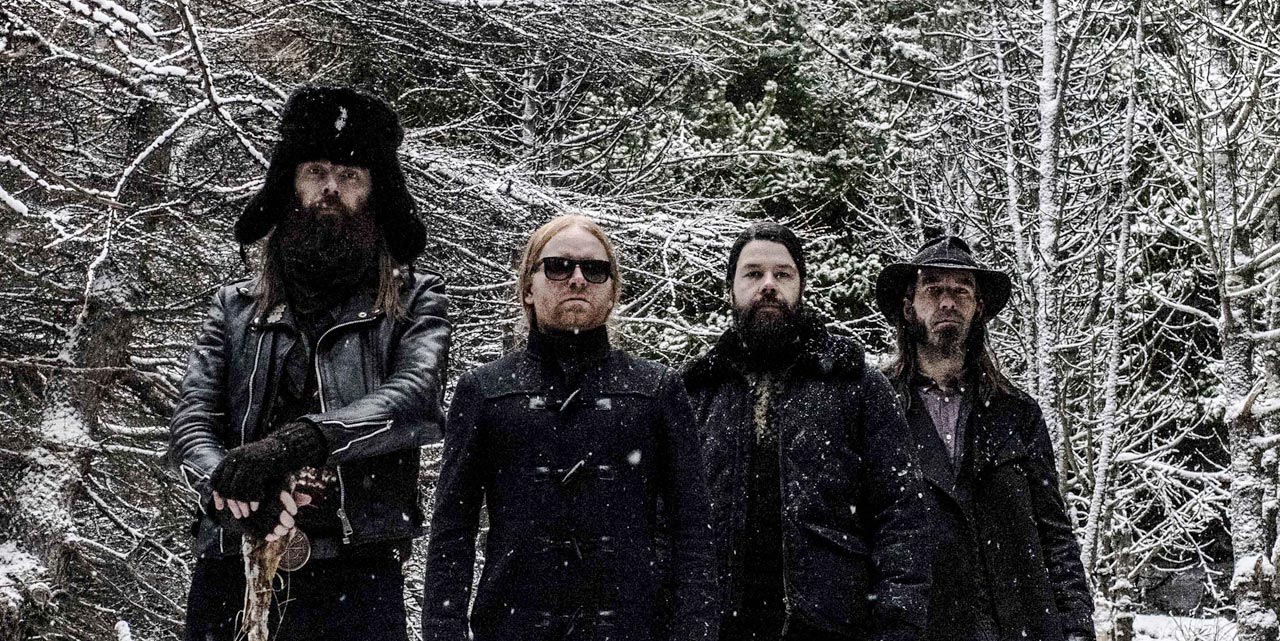 We caught up with Addi Tryggvason of Icelandic post metal band Solstafir. They will be hitting up our Aussie shores soon on a tour with the Norwegian band Enslaved. We chatted about the bands musical influences, songwriting, and of course, their upcoming trip to Australia.

SR. You guys are coming to Australia soon for a tour with Enslaved, are you looking forward to that?

I am indeed! It’s been twenty years since I was last in Australia. The band has never been there, but we’ve been wanting to get over there for about ten years at least, so this is very exciting for us.

SR. You’ve got some amazing, cinematic music videos, are we going to see any more of those being released anytime in the near future?

Indeed! Right when we get back from Australia, we will be making a new music video. The director arrives in Iceland shortly before we leave for Australia and will begin pre-production. We’ll be making a video for ‘Blafjall’, the last song on the album.

SR. Your sound has been described as ‘majestic post-rock intensity’, how would you describe your sound?

Did you say ‘Majestic post rock intensity? *laughs* I’ve never heard that one before. Our music is definitely majestic and intense though. It depends on who you’re talking to. If I was explaining it to my Grandma, I would just say “we’re a little bit like Led Zeppelin”. If I was talking to you, I would come up with something different. I was trying to sell our music to a commercial music store, I would say we play Heavy Metal or Rock and Roll. It depends how much detail you want to put into it. There’s not really a term for our music. Before Stoner Rock, the term ‘Stoner Rock’ didn’t exist, before Grunge existed, it was a bit insulting for somebody to call your music Grunge. I’m pretty sure Kurt Cobain hated the term grunge. Other bands under that grunge genre, like The Smashing Pumpkins, still sound nothing like Nirvana. Genre is a big stamp to put on music. Bands that don’t need that stamp, for example Nine Inch Nails, or Pink Floyd. Some bands create their own ‘Genre’.

SR. Are you looking forward to playing alongside Enslaved?

Of course, they’re good friends of ours. We’ve been meeting them for years on the road, we went to Sao Paulo with them last weekend. They had a great influence on us when we were starting the band, because they were the first band we met that also sang in Old Norwegian, which is similar to Swedish.

SR. What sort of guitars have you been using recently?

Right in front of me now is my old Gibson Flying V, which I have been using for years. It’s just a standard model, the neck has broken about five times and I’ve had it repaired. I’m not sure how I feel about Gibson, my Gibson SG has broken four times, they’re pretty notorious for that. I retired the Flying V, I just use it at home really. I have a custom built guitar, it’s basically a Gibson replica as far as looks go, but the neck is a bit thicker so it won’t break. It has some beautiful carvings in the wood, which was sort of a tribute to Lemmy, because he used to have a carved wooden Rickenbacker. I have Seymour Duncan pickups in it, and that’s my main guitar at the moment, it was built by a luthier here in Iceland.

SR. What have you been using in the way of pedals and amps?

We’ve been using Orange equipment lately. We were using Marshall’s for years, but we are endorsed by Orange now. It’s a great thing, we get great discounts, and we use them both at home and on the road as well. The main reason we wanted to try something different was that we were always asking for JCM 800’s for festivals, but we would end up with these twenty to thirty year old amplifiers that had been modified heaps of times. They never sounded the same, there was too much hum or noise. So we thought, fuck it, let’s try something different, so we tried Orange and it was love at first sight. As far as pedals go, I’m using an Orange Drive, and the other guitarist is too. I have a lot of pedals, but that’s the main one.

SR. Have you got a favourite song to play live?

Today it’s a song called ‘Blafjall’, the last song on the album. That’s just today though, it varies all the time.

SR. Have you got any messages for your fans in Australia?

We’ve been on the way for ten years, and we’ve been talking about it for about twenty years. Finally, we’re coming down under, and we’re really, really excited!

You can catch Solstafir on their upcoming Australian tour with Enslaved from the 29th of August to the 1st of September in most Australian cities. Follow the band on social media or via their website to keep up to date with all of their upcoming announcements.