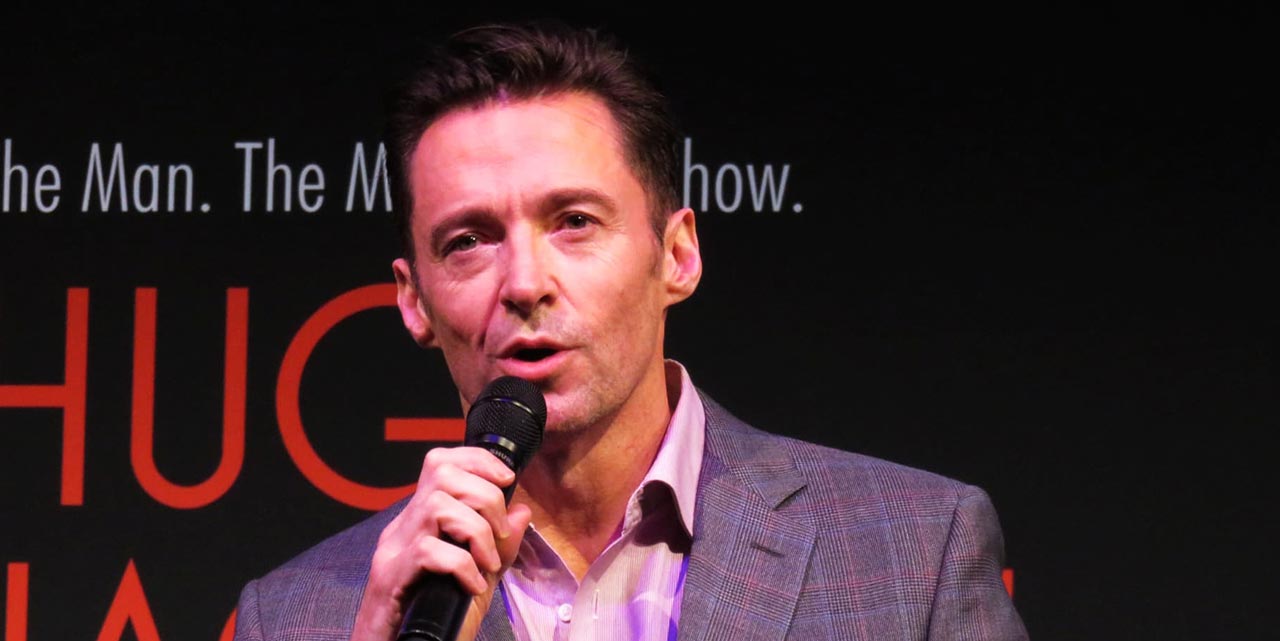 Australian and possibly universal treasure Hugh Jackman has announced that he’s going on a world tour with a brand new stage show. The Man. The Music. The Show. As a title it certainly does encompass some of the initial thoughts about Jackman and his work. At a media call event at the Museum of Contemporary Art in Sydney, Jackman was pleased to ensure that his home country would not be missing out on this production.

Striding out in a grey suit with faint colour check patterning he joined the Australian Girls Choir onstage to sing “A Million Dreams”. Of course teasing us with that only to then bring out Keala Settle to blow the roof off with “This Is Me”, and even the hardened journalists in the room couldn’t help themselves but join in with some singing. Obviously his recent movie musical juggernaut of The Greatest Showman would be inspiring this production, as well as having songs included in the set list.

Hugh and Keala were then joined onstage by comedian/radio host Andy Lee to have a little Q&A. Though none of us realised it would turn into a musical in itself with the three of them sing-song-ing their way through what to possibly expect. Though Jackman admits, his shirt will (unfortunately) remain on during the show, but there will be singing, dancing and hijinks and drinks (for the 18+ crowd).

Obviously Jackman was coy on specifics of what to expect during the show but some of the songs from The Greatest Showman, Les Miserables and The Boy From Oz, as well as some special guests joining him onstage to sing and dance. He’ll also be sharing stories about his life and career in the place he finds he is most happy – onstage in front of a live audience.

Check some postcards of the day below:

The Man. The Music. The Show. national tour dates are:

Tickets go on sale on Thursday, March 7 from 9.30am AEDT at www.ticketek.com.au

Do not buy from unauthorised resale scalper websites. You risk buying invalid or fraudulent tickets.