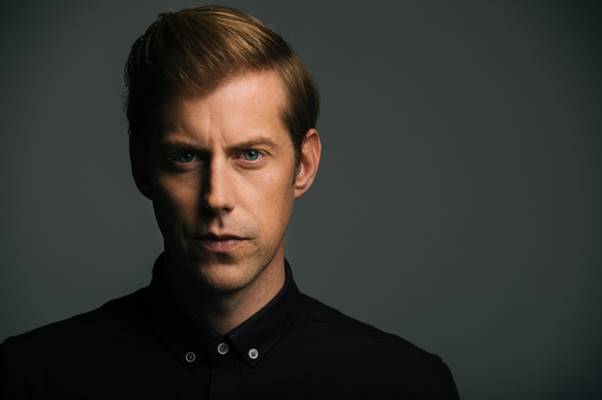 With his passionate charm and hardworking ethic, Andrew McMahon has made a name for himself in previous projects such as Jack’s Mannequin and Something Corporate. Now older and wiser than before, he has found serenity in his recent solo work under the name Andrew McMahon in the Wilderness. After the success of his debut self-titled record, McMahon’s second offering, Zombies On Broadway, offers a new perspective of his life; battling his demons in the bustling city of New York, while also appreciating the stability he finds in his family life and home.

With inspiring tracks such as “Fire Escape” and “So Close”, McMahon makes way for a calm yet empowering indie pop signature while adding beautiful piano melodies to convey his talent. Sharing the upcoming details of his new record, McMahon offers insights on what has remained constant in his music and how people have found strength in his songs and non-profit organisation, Dear Jack Foundation.

When you came back to New York to record the album, how did you feel at the time?

I think the same way I often feel when I get to the city, which is anxious and excited. I think there’s always a little bit of nervousness or danger sort of circling somewhere close by, and I think that’s the energy of the city. It’s probably for a lot of people but especially for me.

Most people kind of struggle to go back to a place where they have bad memories and that was a place where you found out your cancer diagnosis. I know when you came there, you struggled with recording the album at the time and then you came back home afterwards to finish it off. When you did that, did you feel a wash of relief when you went back to a place of familiarity?

Absolutely. I was born on the East Coast and raised for part of my life out there, and there’s a huge part of me that resides there in my mind, you know. To get to touch on that and to get to explore that for a record and to creatively kind of get to dig in on the East Coast and then the city was big. There’s always a sense of calm that I find on the West Coast that I don’t really find anywhere else, so making my way back here to sort of catalogue the experiences where that road led me where I was making the record, it was really helpful; it gave me some perspective that I don’t think I wouldn’t have gotten if I had stayed on the East Coast.

“But I can define my best music to sort of answer some questions for me and hopefully if I’ve dug deep enough and hit some nerve within myself, it’ll do that for somebody else’s…”

It must’ve been confronting for you to go back to a place where it’s associated with some sort of negative experiences as well.

Yeah, you know. It’s an interesting thing – there’s an ambiguity to it because I’ve had a lot of great moments in the city too, and I think that’s why it’s a complicated space for me to work and to be because as many hard memories as I have there, I have probably a lot more great ones. The energy of the city is so powerful and for a person like myself, you get a lot of fuel from that sort of kinetic thing that takes place in Manhattan, Brooklyn.

Going back to the album title, why did you name it Zombies On Broadway?

It was more or less a reference to you know, Time Square late at night. The studio that I worked at within Time Square, it’s not exactly where most people who reside in New York wanna spend their time, but that was kind of the heart of where the album is recorded. It was kind of a reference to the experience I’d have walking to the subway after getting out of the studio where there was this sort of looming, you know.

Twelve hours in the studio all day and your ears are fried, you’ve been writing and just sort of beating the shit out of yourself and then you step on to this crazy tourist scene that has turned kind of dark because it’s all of a sudden midnight and people are trying to sell you drugs or hustle you into strip clubs or something and everybody’s kind of blocking your way. It feels like a bit of a horror flick or something every time I got off the elevator and headed to the subway [chuckles].

“The world in general has enough heartache and brutality that if what I can do is make something that sounds beautiful or that brings some positivity to the conversation, then that’s what I wanna do.”

Oh yeah. I mean, I tend to thrive on that. It was sort of a note that made its way into my journal about you know, the walk that I made every night and it just stuck with me.

I know that you released a couple of tracks off the album, “Fire Escape” and “Brooklyn, You’re Killing Me” were one of the first few tracks as well, and it’s been really well-received from your fanbase too. As a musician constantly evolving, what would you say has remained constant for you when it comes to making music?

I mean, if anything, it’s the sense that you know, what I use music for and how it serves me best to try and dig a little bit deeper and confront things that I’m facing on a daily basis. Sometimes those things are heavy, sometimes those things are the random minutia of the day and what you need to do to sort that day out. But I can define my best music to sort of answer some questions for me and hopefully if I’ve dug deep enough and hit some nerve within myself, it’ll do that for somebody else’s and I think that’s really the constant; it’s just trying to use music to you know, to improve myself and to get to know where I really stand on things.

Especially cause your music has impacted a lot of people in a positive way. Last year, I read an article this woman wrote on how your music has inspired her as a person and she worked with young people who have cancer as well. I think it’s interesting to see that your music and the Dear Jack foundation has created these communities of people. What would you say is the glue that makes them so strong?

Well, it’s probably a better question for some of the people but I think the answer is that it’s because I try and make music and when I play shows and when I communicate with the people who listen to my music, my hope is to bring something positive to the conversation, even if it means dealing with something that’s difficult or something that is troubling.

The world in general has enough heartache and brutality that if what I can do is make something that sounds beautiful or that brings some positivity to the conversation, then that’s what I wanna do. I feel like when I play these shows, and I actually get to perform for people and sing these songs, the feeling in my mind when I’m on stage is that I feel joyful and I come at this from a place of joy. I don’t know if there’s enough of that in the world and if there’s anything that I can do with music is to try my best to use it to find a little bit of that.

I try and watch One Tree Hill every year and you’re in one of my favourite episodes where it montages to “Dark Blue” with Whitey Durham saying, “And recognise and everyday won’t be sunny and when you find yourself lost in the darkness and despair, remember it’s only in the black of the night you see the stars and those stars will lead you back home.” What are the stars that lead you back home, Andrew?

That’s my family. It’s my daughter, it’s my wife and my dog who’s sitting next to me right now and my piano. I’m really fortunate that I’ve kept a very close-knit group around me that have been in my life since I was young, you know. I think having that foundation of good human beings who support each other and who I’m there for on a daily basis have stayed close with because I’m able to keep a close-knit group around me.

To some extent, it’s a pretty great shelter from whatever the madness is in this business that I’m in or when I’m gone for long periods of time, I get to come home to some place that actually feels like a home and I think as a kid who moved around constantly until I was like high school age or whatever and didn’t have a lot of that, I feel very fortunate for that.