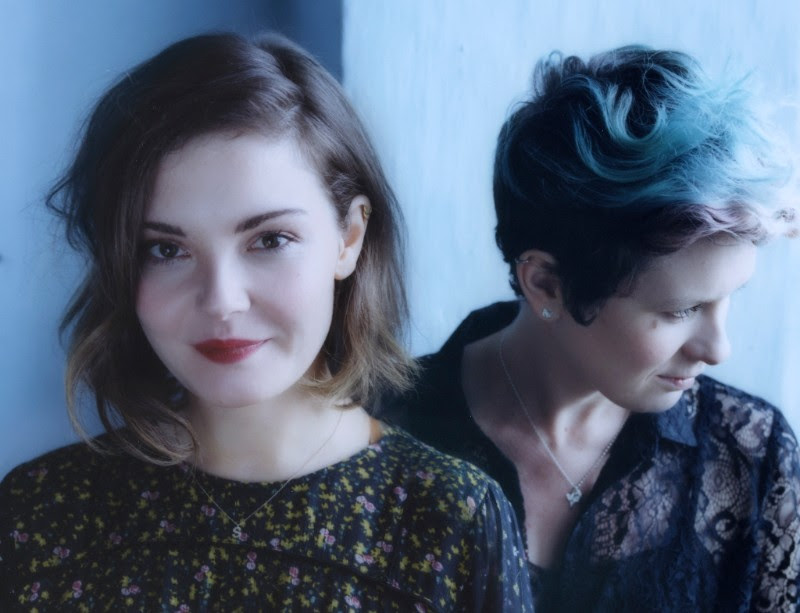 Scottish duo Honeyblood have been making their mark ever since the launch of their career in 2012. With two records under their belt and a hectic touring schedule, the pair have been capturing the gazes of listeners with their perfect balance of punk and garage rock in their music. Since the release of their sophomore record, Babes Never Die, it feels like the duo have successfully cemented their vision and sound, keeping the excitement and rhythm of their bright future. Ahead of their upcoming Australian tour, we had the chance to speak with vocalist and guitarist Stina Tweeddale on the process of writing Babes Never Die, her frustrations with the ‘sophomore slump’ and erasing gender stereotypes in music.

I think it’s really exciting that Honeyblood is coming to Australia for the first time in the next couple of weeks. How excited are you coming up here?

Very, very excited. Both of us have never been to Australia so it’s going to be our first trip. I think that it’s always fun to go to new places. I’m kind of excited to meet our crowd ’cause in the UK you get to know your crowds and what people are like. When we go to like Europe or the States, we kind of expect a certain crowd there, like what they’re gonna be and what the shows are gonna be like. It’ll be interesting to see what our Australian fans will be like and what they will bring to the show ’cause we do a lot of crowd interaction – we’re quite chatty [laughs].

There’s a lot of places to see, especially in Sydney so you’ll get to do the touristy kind of things.

Cool. My dad lived in Australia in his 20s as well and he’s coming with us so it’s gonna be fun. Definitely going to try and do some touristy things as well. We’ve got a day off in Sydney so we will be investigating.

“You can thrash, you can be loud and still be a woman.”

It’s impressive that since the formation of Honeyblood, the band’s career progression has been so quick as well. I know that you guys supported the Foo Fighters too. At this point in time, how do you feel about the journey of the band so far?

It feels like Honeyblood has always been there by now. I know it’s relatively quick, we’ve done quite a lot in the amount of time that the band has been around. It doesn’t feel that quick to me ’cause it feels like it’s always been there. Sometimes when I look back and think about all the things that we’ve done, it feels like it’s not even you as a person. Like the Foo Fighters thing, that was so quick and over in a shot, you know. That was like a dream that show. When you’re on tour, you don’t really think about it and when you come home, you’re like, “Wow, we just did like three months of touring. Where has that time gone?”

But I’m super happy. I’m very happy with the last album that we made – the new one [Babes Never Die]. I feel like after making the first album, you’ve got a sort of sense of naivety to the whole music industry and everything is kind of like your first time doing things. I think the second album had a much stronger vision and goals to what album was to do and be as an artistic quality. I’m really happy that it’s connected with people in the way that it has because the whole message of the album and the visuals and everything that was connected to it was really panned out and thought about. So, I’m really happy the way people are responding to it.

Speaking of that album, Babes Never Die, it’s your second record. Did you feel like it really defined Honeyblood’s sound and what you guys were going after with music?

Comparing to the first album, we went on tour for a year constantly. I think that honed in our skills as a band and how we play together and then we took down to the studio and worked with that. I think when it comes to songwriting, I really try to go down a different path rather than singing songs specifically about myself or about my friends or about my own experience. I try to think about characters and maybe put more of a visual spin on the songs and cut out all the unnecessary parts and just keep the simplicity and the melodic sense of it, which Cat [Myers, drums and vocals] really helps with [chuckles]. I think this it’s definitely been a progression this album and I’m excited to see what we do next.

You also managed to work with producer James Dring and he’s worked with acts like Gorillaz and Jamie T, so that must’ve been huge for you guys. What sort of dynamic did he bring to the table when it came to the recording process?

I really think that we were very fortunate to get him as a producer for this record because he’s more of a collaborator. He puts his mark on the songs, which is great and that’s why we chose him but I think it was definitely more of a collaboration in a production sense. He was really listening to what kind of tones of guitar I would want or how Cat would want her drums rather than putting his own stamp on every single track. He kind of had the tools to show us how to make those sounds that we could hear in our heads, which I think is probably a perfect way for a producer to work. I really feel like the album, when we finished it, was the way that I thought the songs should sound. I think it’s kind of authentic to Honeyblood the album.

Obviously, a lot of bands struggle with writing their second record especially if the first album does really well. When you were writing this record, were there any moments where you felt like your creativity was being challenged at all?

Yeah, definitely. I really struggled. I think that’s a classic ‘sophomore slump’. I think that fueled this sort of personality for the album. If I could define it, it’s kind of like a wild creature that’s been frightened and hitting back. I think that’s what the album to me signifies. I think that the songs kind of have this sort of urgency to them, they don’t fit and maybe they make you squirm a little bit. Some of the songs I was getting quite frustrated with because they were taking so long. One of the songs off the record, which is, “Love is a Disease”, maybe took about three months to write at most. It was so frustrating because I felt like I wouldn’t let anything go out that I didn’t think was good enough. I really wanted that song to be really good and in the end, it ended up as my favourite song.

I’m so proud of it but at the time of writing it, it was only maybe the second song we wrote for the album and I went through that phase of, “Oh, nothing’s good enough. I can never make a song that’s as good as the first album.” You just feel like everybody’s watching you. I didn’t feel that sort of pressure when I wrote the first one ’cause I wrote those songs in my bedroom, thinking nobody would hear them. And then with this record, I’ve got to write this for my label and for everyone who works for us. Then I also have to write it for everyone who’s ever listened to Honeyblood and liked our songs, and I also have to write it for myself ’cause I have to make sure that I like it ’cause I have to play the songs. These are all those things that kind of play on your mind when you’re writing the second album.

Are there any particular role models in the industry that you look up to for inspiration ever since you started Honeyblood?

I’m a big Blur fan so they’re probably a big influence on me and Cat’s a big Foo Fighters fan, so playing with the Foo Fighters was probably her favourite day of her life [chuckles]. Taylor Hawkins and Dave Grohl are like her favourite drummers so that to her is like how she bases her musical technique when playing drums. The only person that comes to the top of my head is David Bowie and that’s so sad, isn’t it? He was a legend. I think especially for this album, a songwriter like Tom Waits, who tells a story from a different perspective. He’s not always telling a story from his own perspective and I really appreciate that in a songwriter and also just his demure and the way he’s carried himself for the last 30-40 years; I think it’s incredible. He’s definitely someone I respect and look up to as an artist.

How do you feel knowing that Honeyblood has the power to sort of like influence females to pick up their instruments and start a band themselves as well?

I mean, that is a kind of strange role-reversal. For me, that’s why I picked up instruments and started playing my first band because I was always into all sorts of female and male artists but when I started to see girls [playing in] punk bands, you start to realise that punk is just not exclusively for boys. You can thrash, you can be loud and still be a woman. When I realised that, I was like, “Oh, okay. This is fine. I can do this.” For us to kind of have that influence on someone else, I mean that just shows you that it still is widespread, it still can happen and it’s very humbling. I really appreciate when people tell me that because it makes me feel like we’re doing something right [chuckles].

It’s powerful stuff when you’re making music and the fact that you have that influence on someone.

It is. Sometimes I get like little videos sent to me of young kids playing or singing along to Honeyblood and it’s their parents who are like, “Here, you might like this band.” To me, that’s just like the best; opening your kid’s mind that they can do whatever they want, you know and that it’s not like a gender thing. People expect that if you’re a guy, you play drums or guitar and if you’re a girl, you just sing Pop songs. That’s pretty much what the Pop industry shows us and that’s not true. It’s nice to see that little kids are learning that from a young age, you know.

Be sure to check out Honeyblood on the tour dates below! 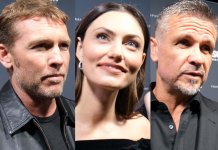 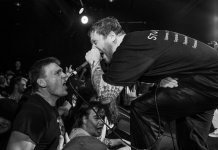 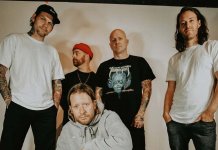 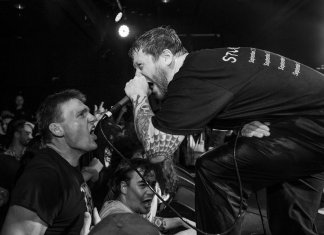 Sergio Martin - January 23, 2023 0
On Saturday 21st January hardcore Canadian legends Comeback Kid performed live at the Crowbar in Sydney. The show was supported by Drain and Heist, in... 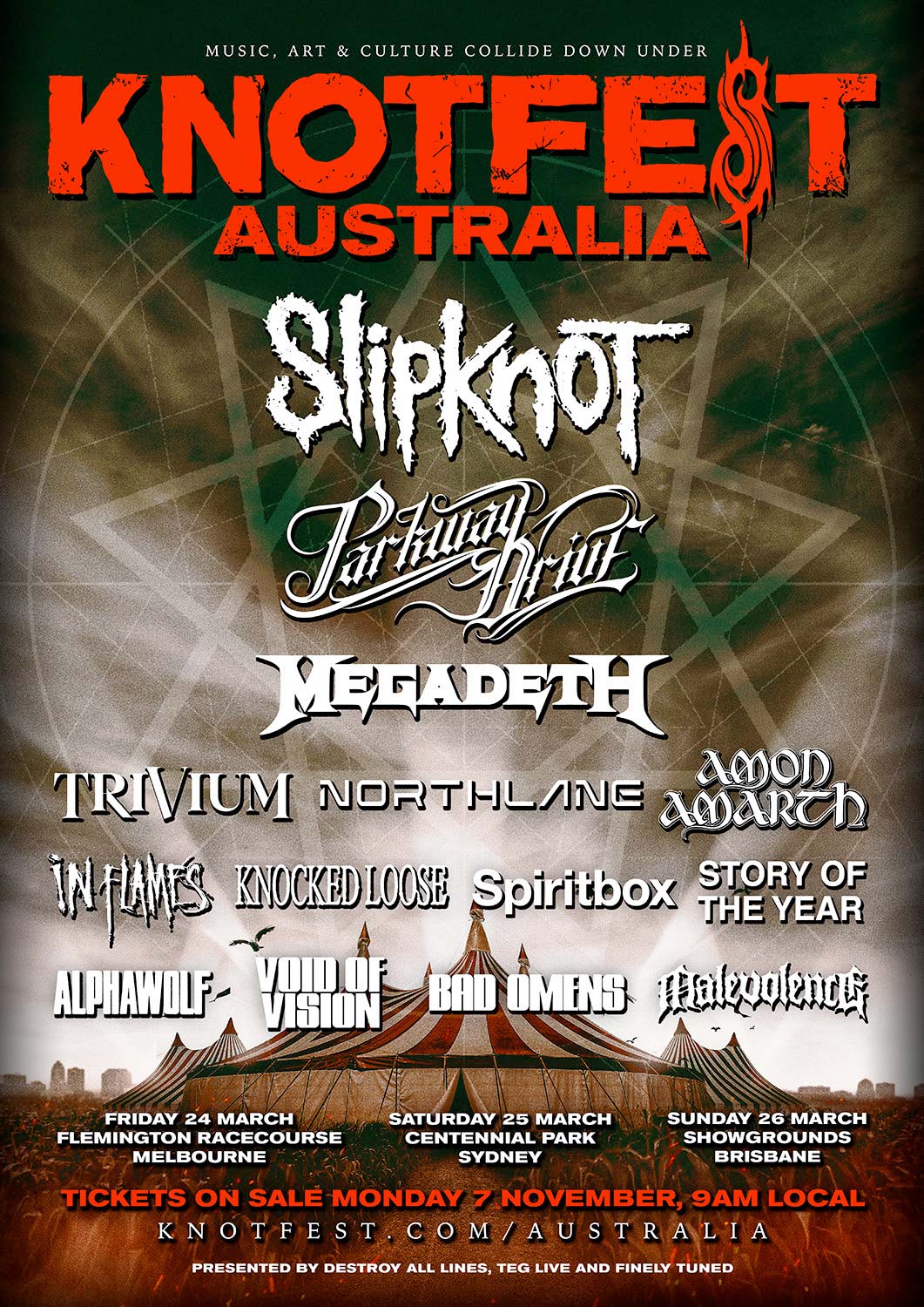 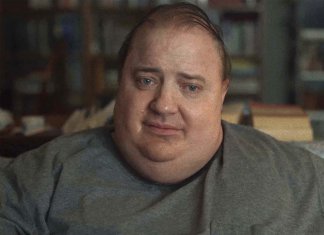 0
Darren Aronofsky's latest film, The Whale, is simultaneously his most restrained film yet and a sort of flagship for his particularly unrestrained technique. Based...