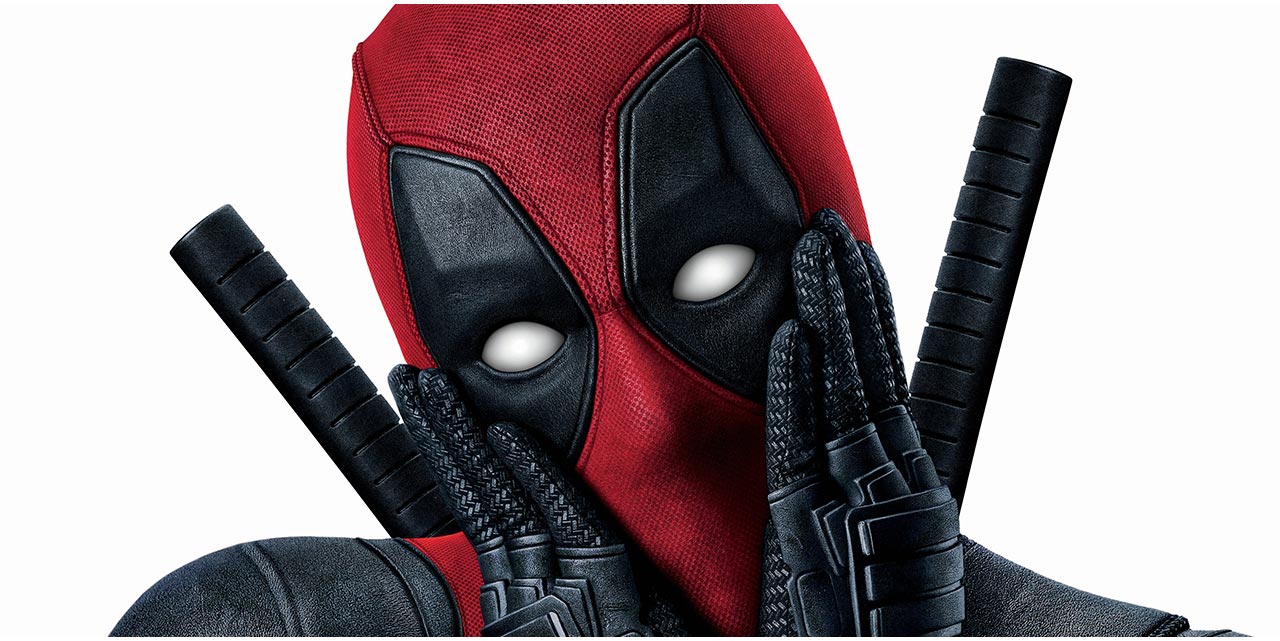 Thanks to our friends at 20th Century Fox Home Entertainment, we got our hands on an exclusive Q&A with the “overpaid” Deadpool director Tim Miller. Check it out!

Most first-time feature film directors would dream of being offered a big studio superhero movie. How did this one come to you?

The executive at Fox who’d been working on the X-MEN: FIRST CLASS movie with Matthew Vaughn had seen a piece I’d done for a DC Universe project, which had a lot of superhero action. He thought X-MEN: FIRST CLASS could use some help with working out the detailed action choreography, so I was brought on to help with that. He was like, “You understand superheroes and how they fight each other.”

He came down and we met, and by the end of that meeting he said, “You know, I think you should really be directing your own film. You’re a first-timer so I can’t get you on anything big, but we have this other film… DEADPOOL. Are you interested?” I’d read the script already and I thought it was great, so I jumped at the chance. And then there were a whole series of hurdles to jump over, to make sure Ryan liked me, to make sure [the producer] Lauren Shuler Donner liked me, to make sure I wasn’t some kind of crazy weirdo.

Due diligence, they call it. It took a while to get the project together, didn’t it? Fox asked me to do a test as a proof of concept. They’d already hired me to direct but the test was more about proving the methodology of how the character would work. How you could blend CG shots with live action shots and make something funny and action-packed. We got it to a point where it was either make it or not, and Fox decided not. Hollywood is full of projects that don’t happen, so it wasn’t like I was shocked it wasn’t going to happen, but I was crushed.

When it didn’t happen, the writers and I – and Ryan too – we really never gave up. My agent said, “Dude, just walk away,” but I loved it so much. We kept pushing and I won’t tell you the long trail, but we got other people involved that Fox trust and got them to say, “Look, you’ve got to make this movie.” Two things happened: the footage we’d shot leaked, and Simon Kinberg came on board as a producer. Fox really trusts him, and he’s a real gatekeeper for all the Marvel stuff at Fox. Simon said, “Look, the script is great, and Tim’s not a total loser. I really think you guys should make this film.”

Where does that passion for it come from? Were you always a fan of the comic?


When I came on board the project, the script was already great. It was one of the best scripts I’d ever read, which was why I wanted to do it so much. Plus, I’ve been reading comic books pretty hard-core for the last 35 years or so. If you came to my studio, you’d see a giant two-story wall of bookshelves that house my years and years of comic book collecting. I’m primarily a Marvel guy, so of course I’d read tons of DEADPOOL. Captain America’s very serious and the X-Men are very serious, but DEADPOOL was one of the few that had a real sense of humour about it and didn’t take itself so seriously. In my stack of comic books, it was always the nice palate cleanser to the more serious stuff.

Ryan Reynolds shares your passion for this character. What does he bring to the role? I have to tell you, aside from the action stuff and the comedy, there’s a lot of heavy dramatic work and he really goes through the process. He’s a brilliant actor, and for a first-timer it’s really interesting to watch him work. We’d done the first week of shooting, and I’m not one of these guys who thinks I have to know everything, and I went over to Ryan and said, “Dude, what could I be doing better?” He said, “Tim, this has been the most satisfying week of filming I’ve ever had.” He said, “You don’t know everything, but at least you don’t pretend like you do. It allows everybody else to help you without a lot of ego involved and it makes for a better process.” We had a really great experience and there was no drama on the set. Everybody really loved the movie and was happy to continue.

There are a lot of jokes in the script that poke fun at the superhero world, including Fox’s own stable of characters. How did you get those past the studio?

We got no pushback from Fox at any point. They didn’t come in with a bunch of notes, though I think they were little prepared for how weird this movie is. There’s some really odd stuff in there, and tonally it’s all over the map. I think it does a nice job of balancing it, but you go from action to tragedy to weird situation comedy with a blind black woman in an apartment with Wade, and the biggest thing we’ve had to adjust in post is to give the audience a beat to make those transitions. They’re pretty sharp sometimes, tonally. Do you think the delays to get to set ended up helping the project, now that we live in a world of wall-to-wall superhero cinema?

Like GAME OF THRONES is sort of a gateway drug to fantasy, I think it’s the same thing where you had to have those first movies that taught you a whole language of storytelling. Now people are familiar with it and they’re ready to take the training wheels off the bike and look to something more aggressive, like DEADPOOL. As much as it’s for the hard-core fan – and I don’t think we ever sold out on who the character is – we’ve also made a real effort to be inclusive and make it accessible to people who haven’t read the comic. Humour, really, builds most of that bridge. We like to laugh, and this one’s funny. We’re not packing it too much with insider references where the audience will feel stupid if they don’t get it. I want my wife to like the movie, which is why I made sure that Ryan took his shirt off a little bit. There’s a love story there and I think people really respond to Vanessa’s character. The relationship is really strong. I think you care about the characters before they start beating each other up, which is really important to me.

We should talk about your other cast – Morena Baccarin we know from FIREFLY and HOMELAND, and TJ Miller is hilarious on SILICON VALLEY.

I could not have asked for a better cast. Morena… the first time she came in I said, “She’s too beautiful for Vanessa.” I wanted somebody that initially was down-to-earth, and yet she’s this sort of angelic goddess. But then she starts performing and you can see this tough kid from the streets come through. She was so laid back and easy going and a total pro.

TJ Miller, he’s a nut. He couldn’t do the same line twice because he was always coming up with a new joke. It was challenging on set, because I was like, “Dude, just do the line as it’s written one time… Please…” [laughs] But he’d just keep riffing and he was great. He’s actually been down to the studio when we’ve been cutting, two or three times, because he’s just like, “Can I watch the movie again? I just want to watch it.” He’s working with the writers now too and he’s amazing.

You have Ed Skrein, the star of THE TRANSPORTER REFUELED, as the villain of the piece, Ajax. What has he been like to work with? I think people are going to be blown away with Ed Skrein’s performance. He’s so good and such a lovely man, and nobody worked harder than he did. There was some nonsense at Comic-Con where the story was, “Tim Miller says DEADPOOL will be like BLADE RUNNER.” It’s not, at all, but I was telling Ed I wanted him to channel Roy Batty from BLADE RUNNER, with that kind of amoral weirdness. I just didn’t want a typical villain. Ed really embraced that, and as soon as he locked into the mental state of who the character was, he just delivered. His face is so mobile, it’s amazing and I loved watching him. We’d be on set for 16 hours a day and Ed would be hopping to get in. He’d be like, “Don’t let the stunt guys do it; let me do it.” His scenes are great, and he’s got some meaty dialogue scenes that are really powerful.

As a first time director you’re working with a major studio on a comic book adaptation, but the bigger challenge feels like the fractured narrative of the movie. We jump forwards and backwards in time and this story teases itself out. Was that difficult to balance?

Yeah, you know, there was no time when the size of the movie stressed me out. Making a movie is a lot like running a company, which I’ve done for 20 years, so there was no point where I felt stressed out. I felt keen to do a good job, but I always felt in control and I had a great script and a great cast. I knew I’d be alright with that. And the studio left me completely alone. In fact, halfway through the producer had to leave and I was completely alone for the last half of filming, which is pretty cool.

Then it becomes about solving the problems in front of you, and you’re right: the challenge was making the fractured narrative work. It reads really well, but you have to make adjustments when you shoot it and pull it together, and that’s the tricky part. But again, I think my ignorance is fortunate in that I didn’t worry about it too much. I just figured it would work out, because I didn’t realise it was going to be difficult. [laughs] I just dove in, and then you adjust it and it all comes together. I think it’s working really well right now.