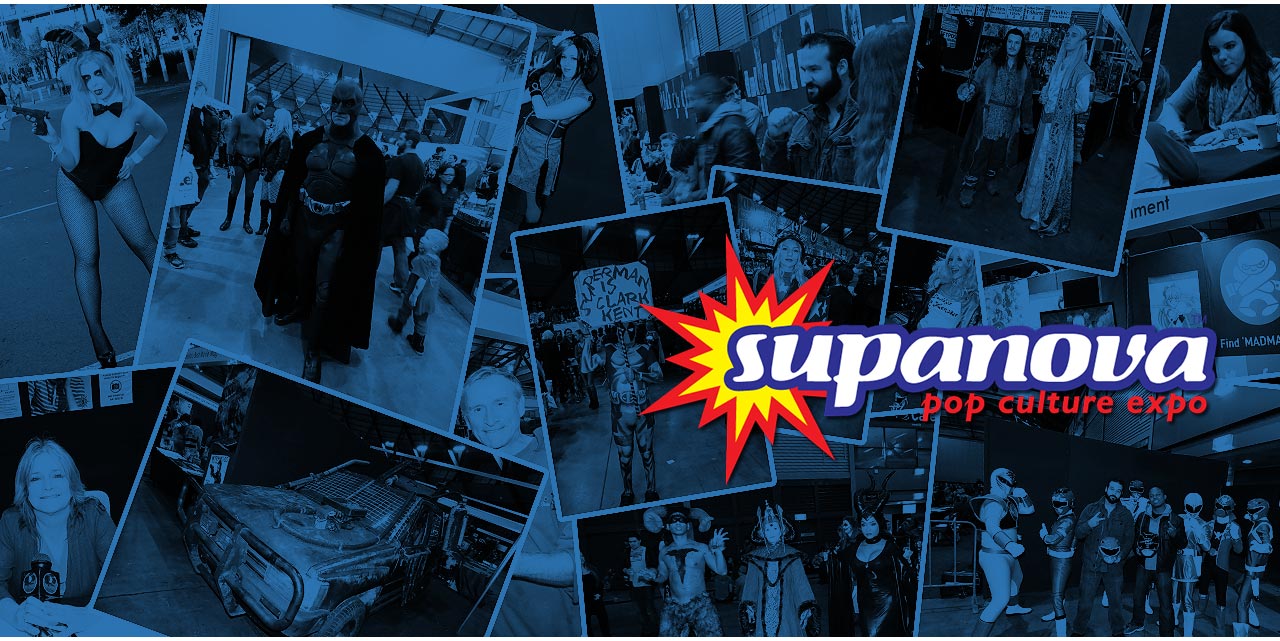 The weekend of June 19-21 was once again marked as another memorable day filled with pop culture paraphernalia, as Supanova hit The Dome at Sydney’s Olympic park for another brilliant version Australia’s biggest Pop Culture Expo.

Despite the cold weather, an army of cosplayers, gamers, movie fans and families arrived in full force at The Dome, in order to get a glimpse of the latest toys, anime releases (courtesy of our Madman friends), as well as an opportunity to get up close and personal with an all-star line-up of guests. The stars including cast members of the Brady Bunch, True Blood’s Kristin Bauer van Straten, Harry Potter’s Bonnie Wright and Jason Isaacs, Nathan Fillion and Adam Baldwing from Firefly and Serenity, Australian legend John Jarratt, X-files star Dean Haglund and even the original red and black rangers, Austin St. John and Walter Jones, just to name some.

Overall, it was a great day with something for everyone, including wrestling matches courtesy of the AWF, cosplay competitions, panels, Q&As and tons of merchandise.

Enjoy some pictures of the weekend below: