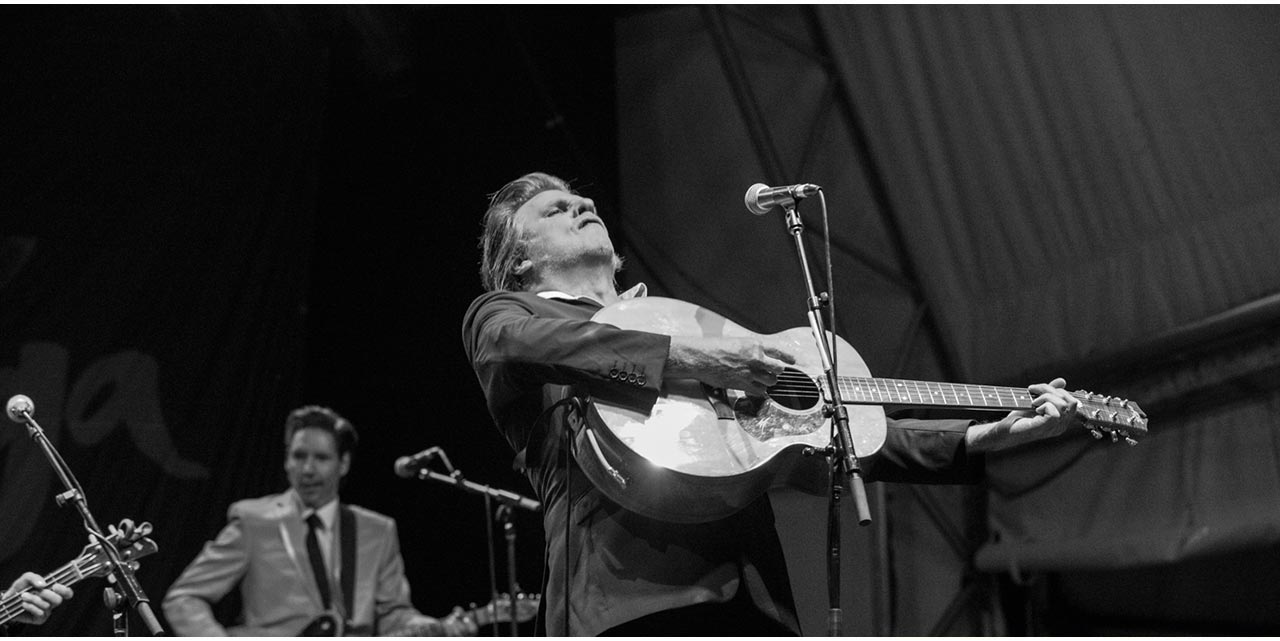 On Sunday 28 February, 2016,  Tex Perkins performed live at Twilight at Taronga. Introducing himself as Hi, I’m Johnny Cash, he never missed a beat the entire show. Its been said before he channels Cash and it was hard to tell the difference in voice , stance and looks.

Rachael Tidd joined Perkins, in character as June Carter, to play all the crowd favourites, including Walk the Line, Egg Sucking Dog, Cocaine Blues, ending his set with Ring of Fire, followed by an encore featuring the Green Green Grass of Home and a medley of Cash’s biggest hits.

For more information about Twilight at Taronga visit: