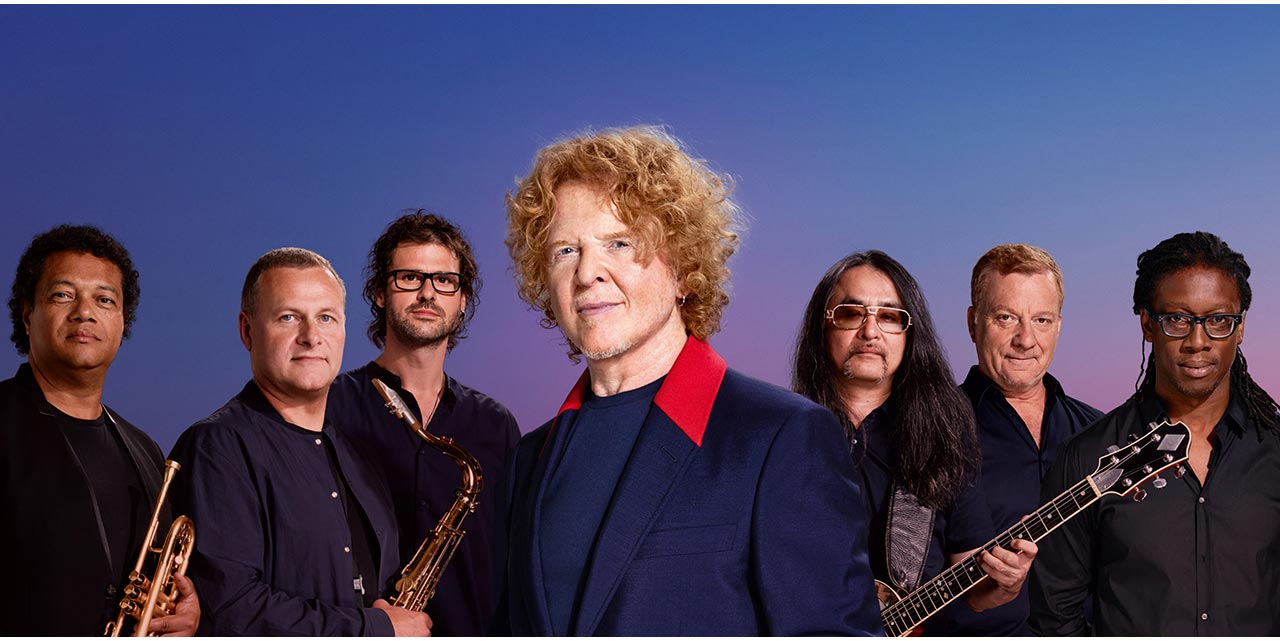 The sun was setting on the famous Sydney harbour and the steps of the Opera House was preparing for a night of kicking it old school, celebrating 30 years with the Manchester ballad king, Mick Hucknall and his band Simply Red. The atmosphere on the warm night was the perfect addition to the view, with the buzzing attitudes of the masses, you could say they were simply ready.

Aussie sweetheart Natalie Imbruglia opened the show, with charm and with grace, even fighting the wind and the hassle of wearing a skirt. Very complimenting of the crowd she stated that she thought “I have the better view tonight”. She played her hits Shiver and Torn – which was obviously a crowd favourite, but within the mix of originals Imbruglia showed off her cover of Daft Punks Instant Crush, along with an absolutely weird but fantastic cover of The Cure’s Friday I’m In Love in a Rockabilly style; even with a “banjguitar” which blew our minds, just the slightest bit.

The sun had gone down, the lights were dim, but the time had come for Simply Red to enter the stage. One by one the members entered and finally, Mick Hucknall himself, with one foot on the floor, encapsulated the crowd with cheers and claps for him. Straight into the song Look at You Now then A New Flame, it was clear that this night was theirs. Hucknall promised to “play some of your favourite hits from the last 30 years” – and his promise was delivered, along with titbits and insights into some of the songs, along with a few jokes. The hilarity of the performance did not stop there with little snippets of Hucknall’s awkward dad dancing, but doing it so fabulously it was not the slightest bit embarrassing, in conjunction with humorous faces, especially in Fairground.

Simply Red as a band were so, for the lack of a better phrase, put perfectly together- like the jigsaw that was finally finished. But as much of an impressive unit they were, each member had their limelight. Most memorable were Hucknall- with his acoustic rendition of Holding Back the Years, which had us holding back the tears. Guitarist Ken Suzuki with his striking guitar solos, adding a bit of rock flair within all the love especially within Mirror and saxophonist; Ian Kirkham’s part in Treat Me Right was also very notable.

It was hard to see which of the incredible set list was the crowd favourite until hit Stars was played. Most of the crowd were off their seats and had intruded the front of the barrier, and the mostly middle aged patrons were ecstatic making us think that back in the day, this would have been like a Justin Bieber concert, or something of the like, with how Hucknall just had the crowd in the palm of his hand, even though his looks might of aged, his voice has most certainly been its strongest.

The night wared on, but the energy was still there. Moving into songs like Money’s Too Tight (To Mention) and Something Got Me Started, the night ended on a sombre note with the final song being If You Don’t Know Me By Now.

Before leaving it was stated by Hucknall that he will “see us again in another 10 years for the 40th anniversary”. Well Mr Hucknall, and Simply Red, after this show, it’s a date.

For more information about the tour visit www.livenation.com.au/artists/simply-red