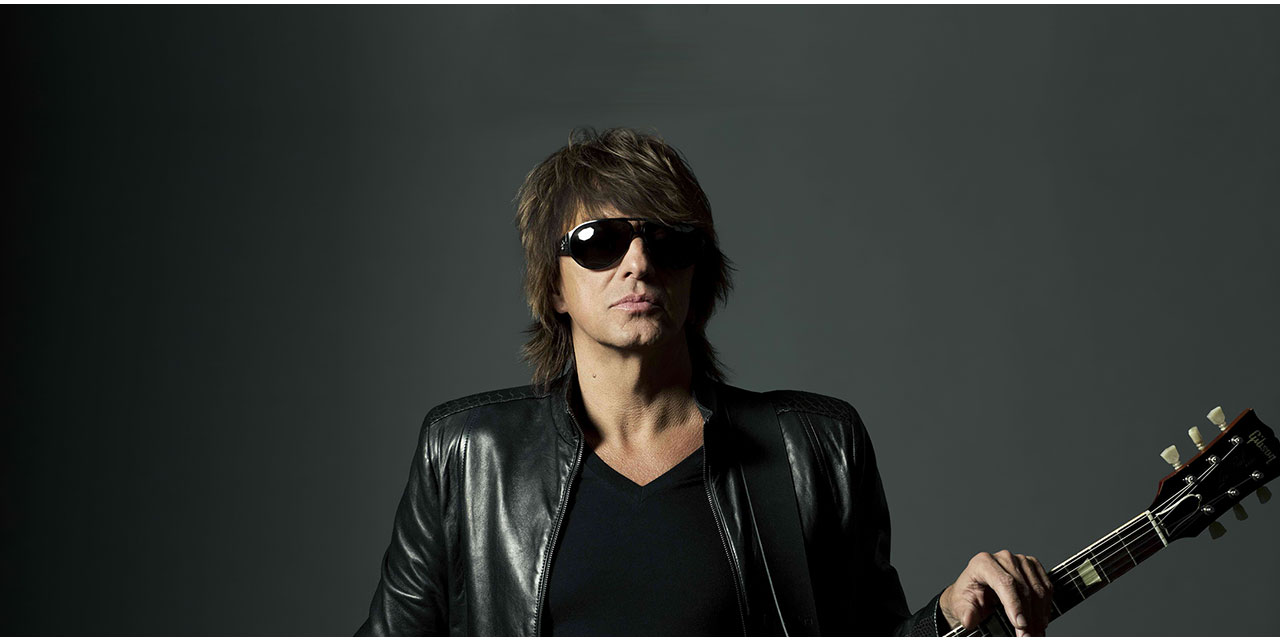 What better way to spend a hot summer Brisbane night than at the Tivoli, taking in a cracking solo show by veteran rocker, Richie Sambora. Brisbane might’ve turned up the heat last night, but the “ex-Bon Jovi” lead axeman was hotter, shredding through more than a dozen blues-infused tunes with obvious pleasure. This is a man who clearly loves his profession…and his fans.  And the diehards were certainly present last night, singing along raucously and professing their love for their idol via numerous, sometimes amusing, outbursts.  As part of the (very limited) Brisbane Sidewave line up, Sambora’s show truly allowed fans an opportunity to see him up-close and personal in the intimate Tivoli setting.  For his part, Sambora genuinely appears to appreciate his audience, engaging in ongoing banter between numbers and even happily obliging a young fan who requested that he sing her Happy Birthday. Backed by a six-piece band, Sambora kicked off proceedings with a blazing performance of Burn the Candle Down and Every Road Leads Home to You. Indeed, he threatens to wear the crowd out, citing Pacino’s line from Scent of a Woman about taking “a flamethrower to (the) place”. Sambora is part of an endangered breed: a bona fide, dyed-in-the-wool rock ‘n’ roll outlaw. He’s the sort of guy that makes you misty-eyed for the days of the great hair bands – when stadiums reeked of leather and hairspray, and it was all about the music, man, not reality TV-spawned contracts. And it doesn’t take much to stir the nostalgia. When Sambora dons his trademark bolero hat, the crowd roars in appreciation. The set, drawn primarily from Sambora’s solo albums, also included a smattering of Bon Jovi tracks and reworked covers. A stunning mash up of Midnight Oil’s Beds are Burning and perennial Bon Jovi anthem, Livin’ on a Prayer had punters singing along at top volume. Introduced with suitable reverence, a masterful rendition of Don’t Change served as a worthy tribute to INXS’s erstwhile frontman, Michael Hutchence. Other highlights included Learning How to Fly With a Broken Wing, (which he cheerfully explained was about his ex-wife), and absolutely blistering performances of Sugar Daddy and Seven Years Gone.  Mostly alternating between a well-worn Fender and pristine Les Paul Goldtop, Sambora is an impressive guitarist, to say the least. Adelaide’s Orianthi (famously chosen by Michael Jackson for his ill-fated This Is It tour) demonstrated some killer chops too, expertly playing off Sambora’s riffs – particularly during a memorable cover of Hendrix classic, Voodoo Child.

The show concluded on a high note, after two encores, with the soulful Stranger in This Town. All-in-all, Sambora puts on a great show; and, if last night’s effort was anything to go by, Soundwave punters are in for a treat. Good to have you back in Oz, Richie. It’s been a long time between drinks.

For tickets and more information about Soundwave 2014 visit:
www.soundwavefestival.com