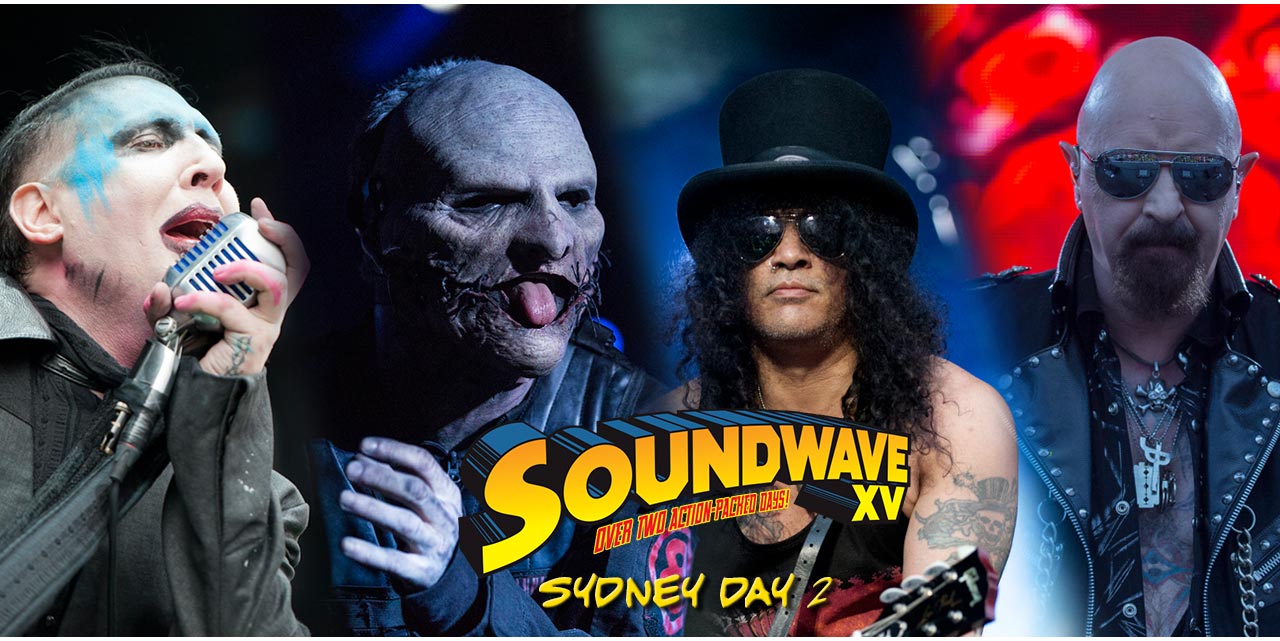 Not the hot temperature, nor the pouring rain could stop Sydney Soundwave punters from attending the last day of the 2015 edition of Australia’s Heaviest Festival. Early on in the day fans endured temperatures of nearly 38 degrees to see the likes of This Wild Life, Lagwagon, Fucked Up and Instrumental virtuosos from Apocalyptica.

The audiences in front of the main stages did not look as full as in previous years, while it seemed like most of the public had heavy metal in their veins as Stage 4, the Metal Stage, was packed throughout the day. NonPoint were a great surprise for many, with their strong on stage energy on stage and by surprising with a flawless metal version of Phil Collins’ “In The Air Tonight”. Metal sensation Killer be Killed jumped on stage next, and once again they made the entire venue tremble with their head-banging show. The members of this supergroup seem to have bonded as a real band, and their crazy crowd-surfing frontman Greg Puciato joined the mosh-pit more than once. Simply a band you can’t get enough of, this is a solid, world-class act! They definitely got the award for the craziest moshpit of the festival so far.

Meanwhile on the main stage, Sydney’s own Tonight Alive played their biggest hits to a hometown crowd. This young band has quickly become one of Australia’s top musical exports, mainly due to the powerful and energetic stage presence of charismatic singer Jenna McDougal. After treating the crowd to a medley of Rage Against The Machine-songs the band had another special surprise for the fans, as Bert McCracken from The Used, who is currently working as a Chanel V host, joined the band on stage for one song. Back at the Metal Stage it was Godsmack’s turn to deliver the goods, and they had barely climbed onstage when The Gods of Metal decided to unleash a massive storm, with torrential rain coming down in bucketloads. This did not stop the crowd at all, and neither did it prevent Sully Erna and his men from playing their asses off and delivering top notch metal-show. Just as in previous shows, Erna and drummer Shannon Larkin unleashed an epic drum battles, and set to the background of the raging storm this became an even more unique experience.

The rain also caused issues at the main stage, as the All Time Low show had to be stopped and their gear got damaged beyond repair. However, the band did not want to let their fans down, and they came back to perform acapella. Good one guys! Trash heavy-weights from Exodus were up next on stage 4 and they did not disappoint with a solid set. Frontman Steve Souza explained Guitarist Gary Holt who was unable to attend due to some family issues, and the band also went out to their way to praise their crew and to make a tribute to their former drum tech who passed away just weeks before.

Stage one became the palace of the Pale Emperor, as Mr. Marilyn Manson hit the stage playing the same set-list that he has been playing the entire tour, but this time with a more loose performance, full of pure old-school Manson craziness. The shockrocker tore down the “no moshing/crowdsurfing”- signs, seductively teased the crowd with his ass during “MObscene” and even went as far as cutting himself with a broken bottle during Sweet Dreams. Musically his show was sub-par as Manson barely sung but instead mumbled his way through the set. And delivering a good metal show is not just about image, it’s also about musicianship. Just ask the Metal Gods of Judas Priest who showed exactly how it should be done on the Metal Stage. Menacing dark clouds were approaching, but these just seemed part of the show, as Rob Halford and his men delivered a killer show with four decades of rock history. The band had a special surprise, as after ending their set with “You Got Another Thing Coming” like in the whole leg of the tour, drummer Scott Travis loudly said: “Dunno about you guys but we won’t go anywhere”, reason enough for “The Priest” to come back and farewell their Australian presentations with their all-time classic “Painkiller” – a song so powerful it even made the rain stop, the Metal Gods must have been pleased! The Priest is still full of energy after 40 years, here’s to hoping they come back again soon! Back on the main stage, guitar hero Slash and frontman Myles Kennedy did what they do best, with a rock show similar to their previous presentations including tunes from Guns N’ Roses, Velvet Revolver, terrific guitar solos and of course songs from Slash’s latest albums “Apocalyptic Love” and “World on Fire.”

At 8:20 pm, the thousands of impatient Slipknot-fans finally got what they were waiting for as the Devilish Main Stage was awoken! The masked men from Slipknot were finally back in Sydney, to present songs from their latest hit album “The Gray Chapter” as well as plenty of old classics like “People = shit” , “Psychosocial” and “My Plague”.

Their impeccable and highly impressive show, was suddenly interrupted when the crazy moshpit literally broke the barricades, almost forcing the band to cancel the rest of their presentation. However, thanks to a quick response, and the willingness of Corey Taylor and his bandmates to keep going, the show restarted and ended on a high note as usual.

The Sydney show had another major surprise for Soundwave fans at stage 4, as The Smashing Pumpkins had an important visitor on stage: Marilyn Manson! Who joined Billy Corgan to perform “Ava Adore”, something had to be seen to be believed!

Another year, another great Soundwave experience, with a new 2 day format that might not be repeated.

Four cities, a tonne of Sidewaves, great organisation, a monster line-up and many happy fans enjoying the best rock! Bring it on Soundwave 2016!

Enjoy some killer snaps of the day: 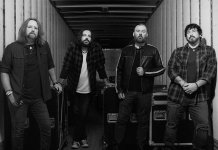 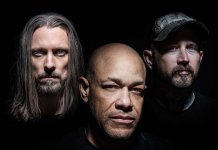 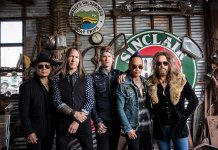 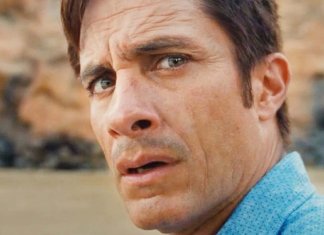