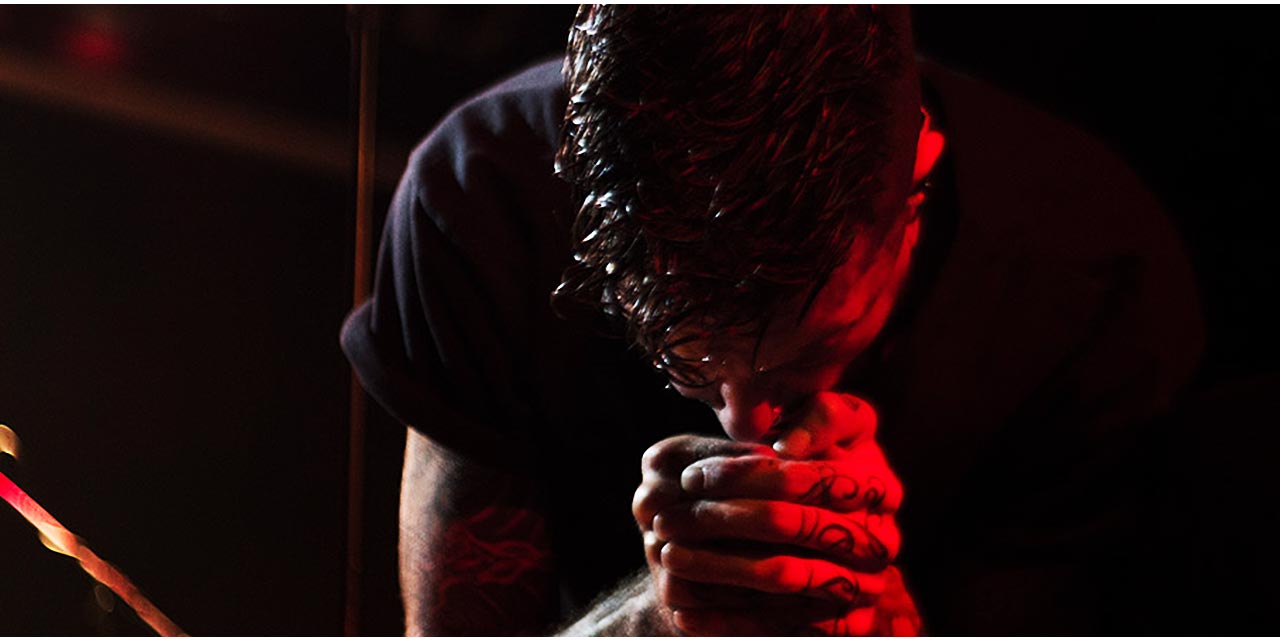 Of Mice and Men graced the stage of the Factory Theatre in Sydney last night being their first time back since 2013. Being supported by The Devil Wears Prada and Atreyu, this sidewave was THE sidewave to get your metalcore fix before Soundwave this weekend. The show started with The Devil Wears Prada hyping the crowd up with their energetic stage presence with jumping, in sync head banging and getting a small pit started through their set filled with old and new songs. Their tune “Dead Throne” seemed to be a crowd favourite as a combined foot stomp accompanied the drum beat throughout the beginning of it.

Thinking that it was going to be hard to top Devils singer Mike Hranica’s enthusiasm, Atreyu exploded onto the stage explaining to the crowd “I didn’t travel all this way to see you stand!”. Within at least every second song Alex Varkatzas –the vocalist stood on the barrier and immersed himself into the crowd, even letting other people grab the microphone to sing a line or two giving a small punk vibe to the show with such antics as synchronised guitar movements with all three guitarists in the middle of the stage addressing their fans. The communication was exceptional between all members and you could tell that they were having as much of a good time as the crowd were. They played hits such as “Ex’s and Oh’s”, “Bleeding Mascara”, their cover of classic of Bon Jovi’s “You Give Love A Bad Name” and even a version of the theme of Fresh Prince of Bel Air where they changed the location to Sydney. The nonstop movement and rhythm was tight within the band, and the level of crowd participation made for an amazing performance and really won the crowd over- so much so there was a dispute over who got the drumstick. During the 45 minute wait, the fans rocked out to old classics from Guns n’ Roses, AC/DC and the Foo Fighters in anticipation. When the time had come, Of Mice and Men did not disappoint musically, and after three songs singer Austin Carlile was already drenched in sweat. The audience seemed eager for participation but didn’t seem to get it in any other forms than sing-a-longs, call and response, a small request for a circle pit during “You Make Me Sick” and for everybody to get down during “The Depth” and wait for his cue to jump back up. Austin seemed to change very quickly within his facial expressions going from smiling to an evil grin within seconds to looking like he was having a mental breakdown during “Second and Sebring”.

They played an amazing mixture of songs from all three albums and including an epic tom driven drum solo from Valentino Arteaga that sent vibrations throughout the whole venue. A guest vocalists whose stay was so short on “The Depth” we weren’t even able to catch his name. Of Mice and Men gave a great performance, but there was a lack of movement and communication between the members which made them all seem to stick to their place.

Check some snaps from the show below: