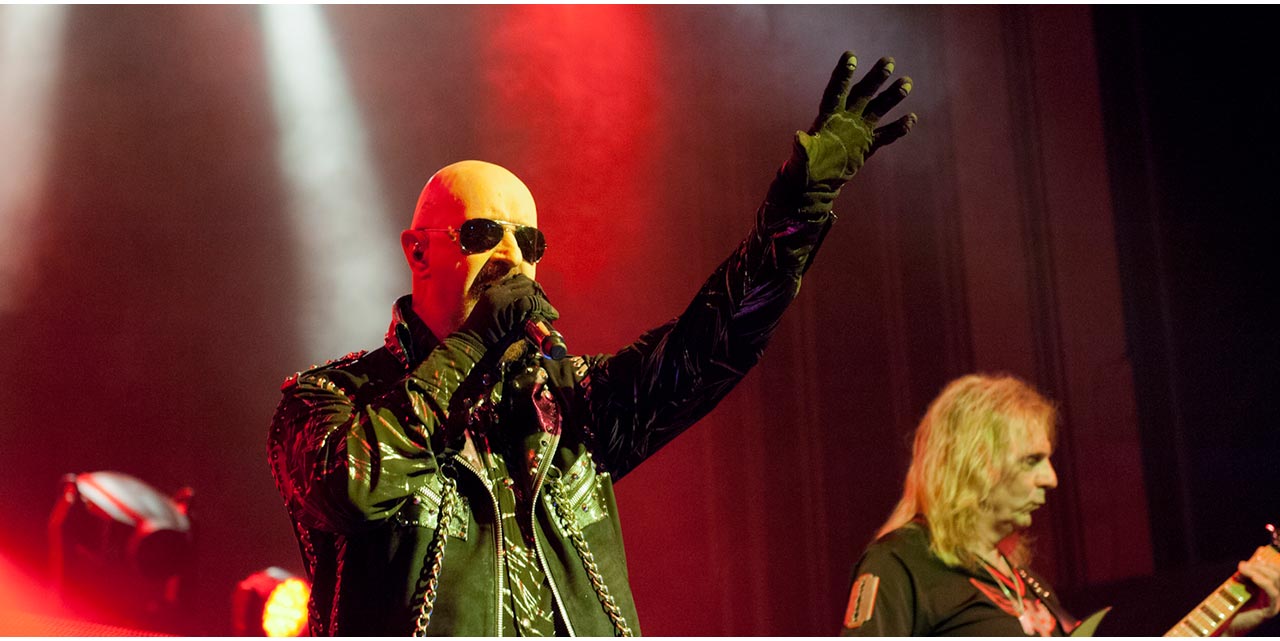 More than 40 years of rock & roll history, (and many more in the making), hit the stage of the Enmore theatre in Sydney last night, as metal Gods Judas Priest finally made their return to Sydney. The show was supported by one of the most energetic live acts ever seen, as the mighty DragonForce had the task of supporting “The Priest,” and the 6-piece band did not disappoint. They had a visually stunning show, strong tunes that included old and new hits from their latest album “Maximum Overload” , and of course guitar duels on stage. Definitely a world-class act that must be seen again.

After a short break, at around 9 pm the iconic “War Pigs” by Black Sabbath hit the speakers of the theatre, followed by the Intro of “Battle Cry”, which means only one thing: “The Defenders of the Faith”, Judas Priest finally arrived!

The band’s set included new material from their killer new album “Redeemer of Souls” including “Dragonaut”, “Redeemer of Souls” and their monstrous new anthem “Valhalla”, as well as some all-time favourites like “Breaking the law”, “Jawbreaker”, “You’ve Got Another Thing Coming”, “Devil’s Child” “Defenders of The Faith”, and “Love Bites,”- just to name a few. The band, showed a great chemistry with each other, and a unique vibe, with a frontman Rob Halford singing his heart-off showing that his voice has not aged at all, helped by the legendary Ian Hill on bass, guitarist virtuoso Glenn Tipton, drummer Scott Travis and their new axeman Richie “The Falcon” Faulkner, replacing the retired K.K.Downing-who is a show on his own and a true machine of the strings.

Judas Priest are a clear example that classic heavy metal is timeless. They rock hard, they are grateful and humble with their fans, and they keep rock & roll traditions live. Only few metal bands in the world can jump on stage with a bike and change outfits between songs and still look cool…The Priest is one of them! Hail, to the “Defenders of The Faith”!

Here enjoy some amazing pictures of the show below: