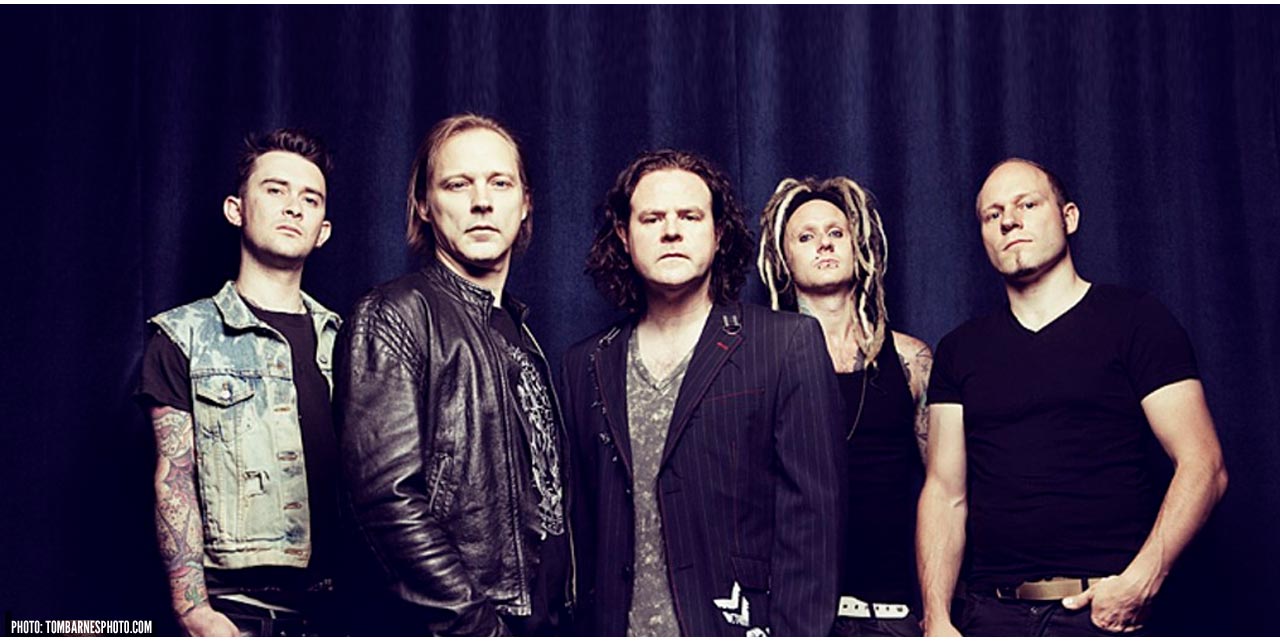 On this cool September night in Brisbane, the Zoo’s walls are veritably wobbling with the chaotic, bass-heavy jams of PWEI. Down the front, enthusiastic punters are doing their level best to punch a hole in the floor with their manic dancing. It’s been two decades since the UK band graced our shores and don’t this riff-hungry crowd know it. Leading up to tonight’s gig, I heard whispers that without Clint Mansell’s charismatic showmanship, the band wouldn’t be able to pull off the intensity of shows they wowed audiences with, back in the day.

With its high-energy set, including old favourites Back 2 Business, Wise Up! Sucker, PWEIzation, Ich Bin Ein Auslander, and Everything’s Cool, the show was an absolute tour de force of epic proportions. Graham Crabb and Mary Byker kept the crowd on their feet – up close and personal, downstage. Tim Muddiman (who some of us were fortunate enough to see playing with Gary Numan’s band earlier this year) brought the house down with killer riffs, while Davey Bennett kicked out the bass jams. The versatile Jason Bowld pounded out the beats: hip hop, backbeat, rock, on demand – seriously, is there nothing that guy can’t do?

When Def Con One and Can U Dig It? hit the amps, you either prepare to dance, or get out of the way. These guys take no prisoners and their fans mean business. For my part, I was surrounded by a diehard core of ol’ skool Brisbane alternative/industrial PWEI fans, who had been champing at the bit for weeks to see the band in action. And, on a night of utterly raucous and triumphant revelry and joy, PWEI delivered on their promise to give Aussie fans a night to talk about for another 20 years. Oh yeah, we dug it.