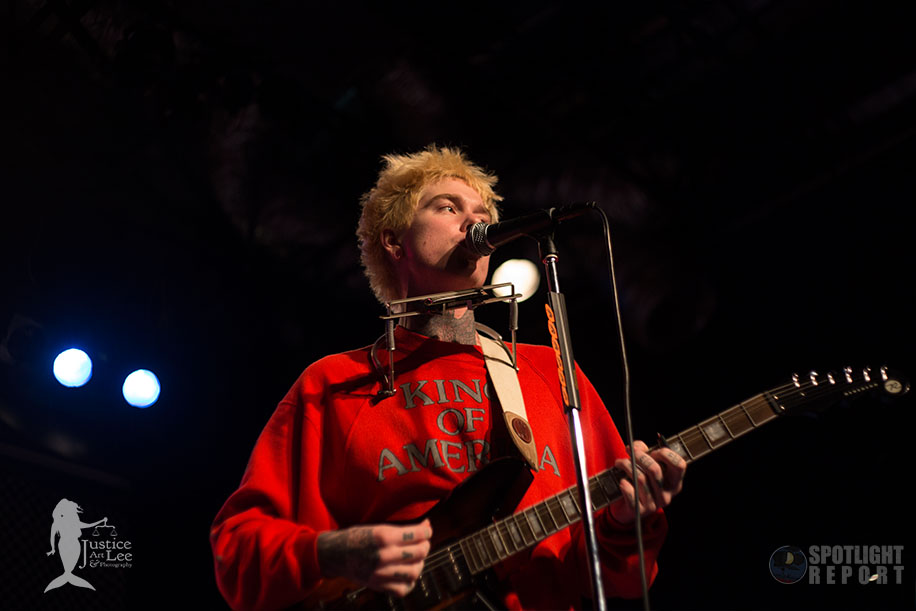 Last night at the Factory theatre in Marrickville, the Myspace kids came out to try and make their teenage dreams come true and see Christofer Drew with his band Never Shout Never play the songs that filled our hearts with love and joy back in those days where things seemed tough. Before this revieIw starts, it would just like to be pointed out that this whole show was not a disappointment.

Opening acts Into the Wild, and We Take the Night started the gig off, just how it was meant to be, with excitement filled sets of the young bands that will grow into leaders of the underground scene around Australia. (Shout out to Steve from WTTN – who made a lovely, noticeably nervous address to the crowd in between songs! We <3 you Steve!)

Next up was Day Break, a South Australian rock band who has an extensive range of influences within their music with their songs giving us reminders of early Rage against the Machine in their second song and Enter Shikari vibes in their last. In between originals, where they played a range of new and old, they mixed it up with an acoustic cover of Justin Bieber‘s hit Sorry, which actually gave us goose bumps- just a little. They also covered the Arctic Monkeys. Personally, we think that Day Break should have been the main act, because their whole set was fabulous and entertaining!

Local band Forever Ends Here were the last opening act of the night, and not saying that these guys aren’t talented – but to us it was just a bunch of spins and singer Luke fixing his almost too perfect fringe, but given that, they were the most energetic band of the night. The crowd really seemed to love them though, as their local following is amazing. After doing a bunch of originals, FEH did a cover of All-American Rejects classic Gives You Hell. As much as we think that no one should cover All-American Rejects, they didn’t do a half bad job.

Finally, after a long but eventful line-up the room was buzzing with excitement. Finally, Never Shout Never entered the stage. After opening with an oldie Piggybank, Chris Drew himself decided to kick the photographers out of the photo pit, even though the protocol is three because he just didn’t want any photographers and this seemed to rustle a few feathers. Continuing on with the show sing-alongs throughout California and a new reggae version of Trouble were had as the crowd were doing all the la-la-la they could.

After a few songs it then started to get cringe worthy to watch. If you know Christofer Drew, then you know he isn’t going to be on the stage stone-cold sober, but, Drew was definitely buzzed off something and it was seeming to affect his ability to perform properly, where a cliché rendition of Imagine by John Lennon saw him forgetting the lyrics multiple times.

The show was just slow, boring, and passionless and it seemed like out of the whole venue Christofer was the least enthused to be there. The keyboardist by the way, was amazing. Totally stole the show.

The set felt really short, and we’re not sure if we were just waiting for something to take our breath away the whole time. They did play a huge range of songs from all the albums though such as On the Brightside, Sweet Perfection, Time Travel, Coffee and Cigarettes, along with some new ones Black Cat and Red Balloon, so I suppose that’s one positive.

But the crowd seemed to love it! So really, that’s all that matters. I don’t think NSN will lose their following anytime soon.

check out our snaps from the show!