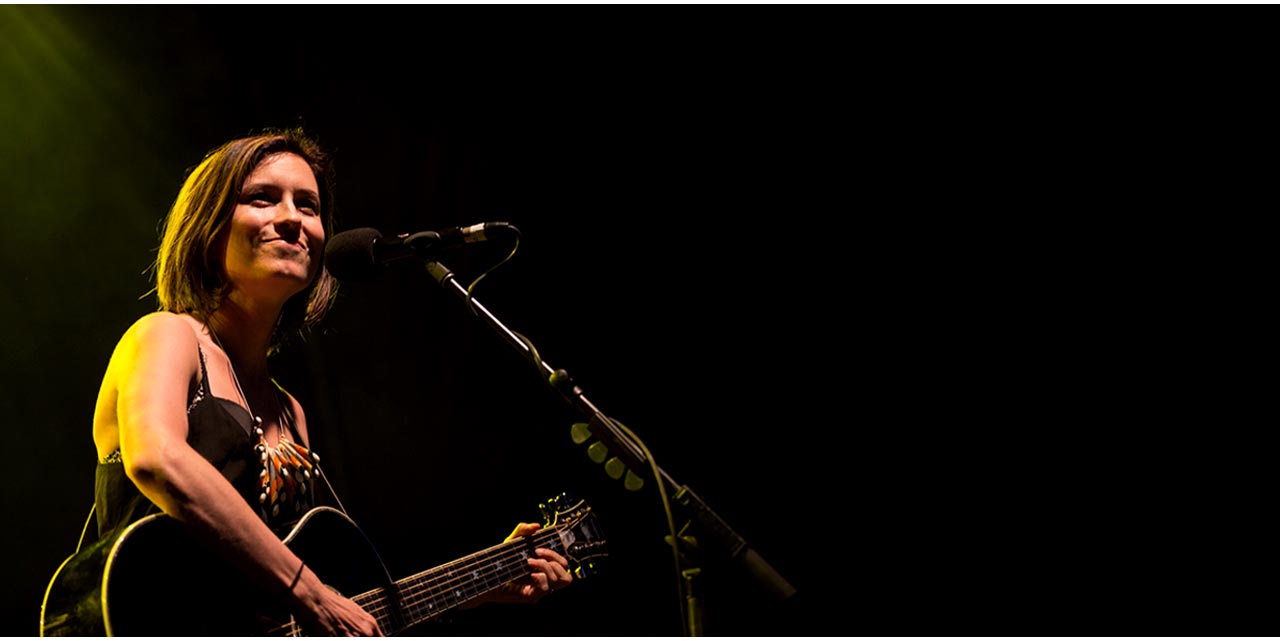 Among a totally chilled setting at Taronga Zoo, Missy Higgins and Paul Dempsey (Something For Kate) confirmed the strength of the Australian music culture.

Paul Dempsey stepped on stage as support for Missy Higgins and stood out as a musician very comfortable in his own skin. He played an amazing rendition of Bowies, ‘Major Tom.’

The mosh pit was full before Higgins came on stage to open with The Angels ‘No Secrets”. She followed with her best selection of old and new favourites. She comfortably engaged the crowd between songs with stories of her 13 month old son Sammy and introduced her parents who attended the gig.

Missy’s voice is clear , clean and powerful. A brilliant artist to see with a tight band who obviously mesh well together. ‘Watering Hole’ and tearjerker ‘The Special Two’ never fail.

Higgins closed with a song that she is releasing in two weeks called ‘Oh Canada”. Definitely a song to watch out for. Very powerful and tragic, inspired by the Syrian boy washed up on the beach that Missy saw a photo of. The father’s dream was to get his family to Canada to be with his other daughter and they could all be together and live safely when the tragedy happened. Thus the name. It was a privilege to be one of the first to hear it.

Twilight at Taronga proves over and over that it’s a good quality night. Killer views of the harbour , a picnic blanket , glass of wine and great music. A great night and a well run classy gig.

Enjoy some photos of the show below:

For more information about Twilight at Taronga visit: