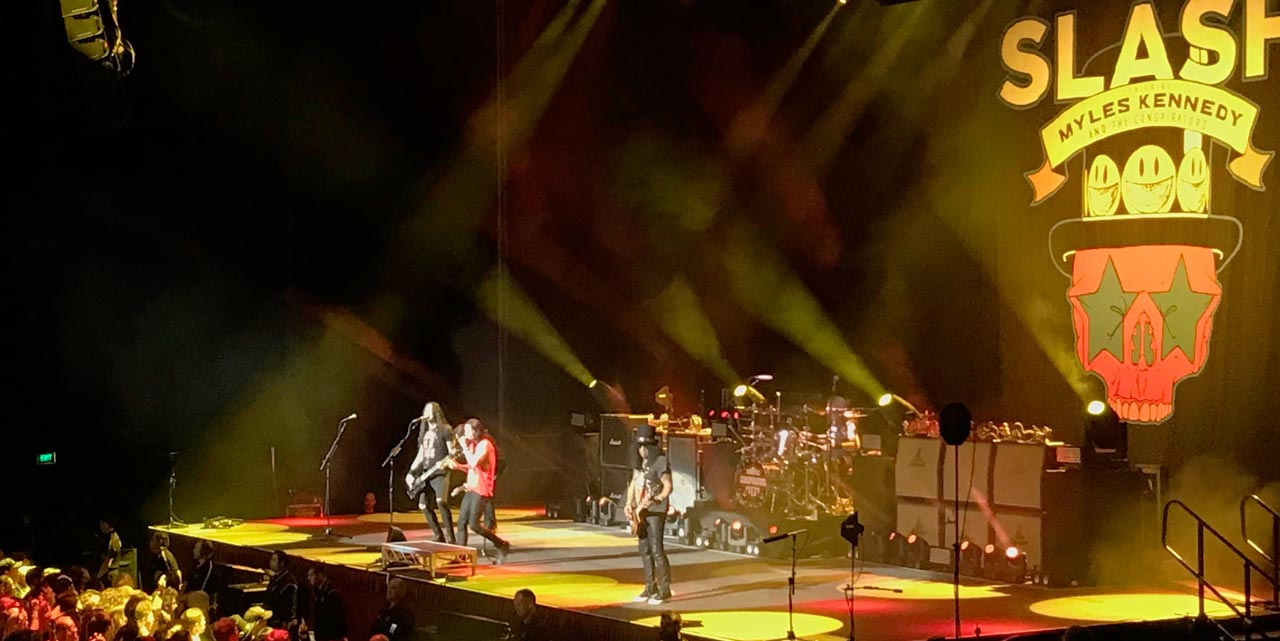 There is usually nothing very “Rock and Roll” about a Monday, but this one was different. I can’t even imagine a better way to finish a long weekend. Slash featuring Myles Kennedy and the Conspirators brought the Australia Day long weekend to its knees.

If you are a teenager you may not know how big the band Guns n’ Roses was. But if you are over 30 years old and a heavy metal, rock maniac you know very well what I’m talking about. Guns and Roses is part of the soundtrack of our generation, and Slash is one of the main reasons for that.

Beyond Guns n’ Roses, Slash has a legion of true fans than follow him no matter where. Myles Kennedy and the Conspirators also have a solid fan base so it’s not a surprise that the tickets sold fast as the tour to launch their third album ‘Living The Dream’ was announced.

After a successful two years tour with Guns and Roses, Slash is back with Myles Kennedy and the Conspirators, comprising of wild man Todd “Dammit” Kerns on bass guitar and back up vocals, Frank Sidoris on rhythm guitar and Brent Fitz on drums.

The support band for the event was New Zealand rock royalty Devilskin.

Devilskin returned to the Qudos Bank Arena from a sold out tour of Europe, and to be honest, were the perfect warm up to get the crowd ready for a couple of hours of high voltage rock.

Let’s set the scene here. Forget fireworks and big screens, this show is pretty raw, just dressed with lights and a bunch of guys who play really, really well together. At 8:45pm sharp the band hit the stage. Opening with “The Call of the Wild” the band wasted no time getting the show started. With only a few seconds between songs they jumped straight into the next one and the next, stopping only briefly for a little ‘Hello Sydney!”.

Acknowledging Australia as being instrumental in their success as a band, Kennedy thanked Sydney for having them back and for supporting them from only their ever second show back in 2012.

Hardcore fans sang along to every song but it was the cover of Guns and Roses hit ‘Night Train’ that really got the arena up on its feet, Kennedy’s vocals more than a match for the original.

For some, Slash may be the big draw card here, but this band plays perfectly together, each member having generous moments to showcase their talent – believe me, this is not just the Slash show.

So let’s do the next generation a favour and share the Slash featuring Myles Kennedy and the Conspirators love – the rock and roll world will be a better place for it.