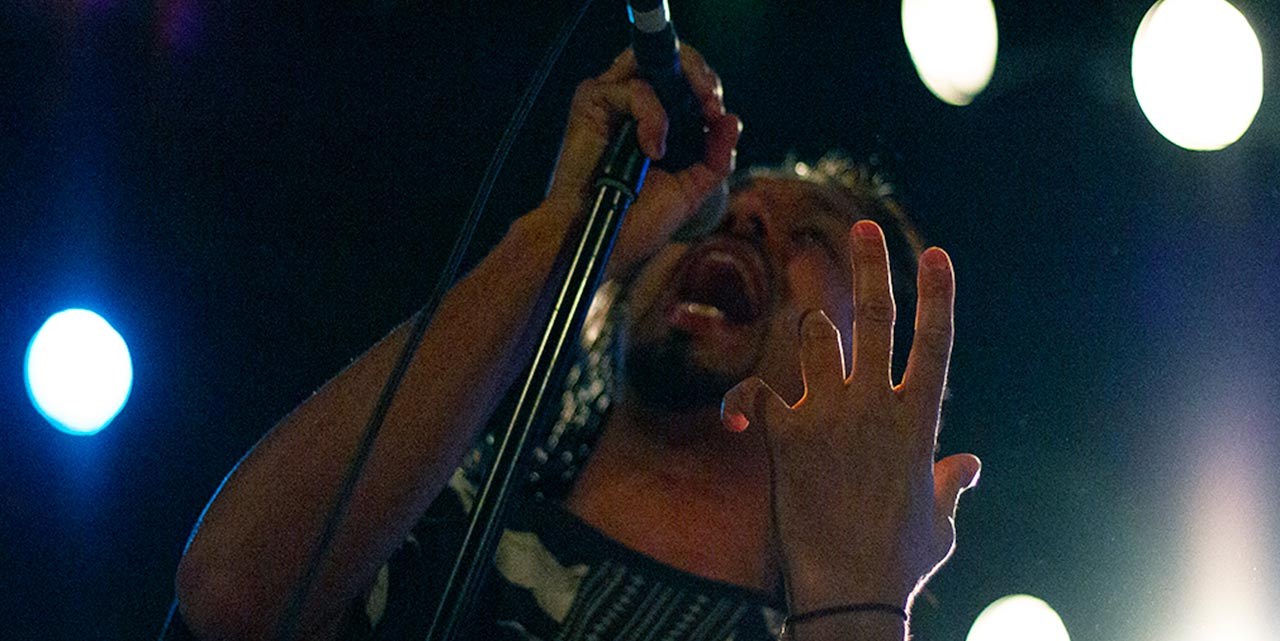 On Saturday 6 April 2019, Sydney’s Metro Theatre played host to the first Australian tour for rock and rollers Pop Evil. The atmosphere before entry was calm, yet the excitement was building with each song of the support acts. Despite the smaller venue and intimate atmosphere, it provided, it was clear the show had the potential to get as wild as a show double its size.

Tasked with warming up the crowd were local band Department of Gloom who, despite their look, were anything but gloomy. They hit the stage looking as though they’d just walked off the set of a Rob Zombie film (the stage outfits were amazing!), and with makeup that would have made my teenage heart weep from jealousy they commanded the small crowd’s attention. With three equally talented and distinctive vocalists each taking the helm for different songs, and clear homages to the rock gods of old, Department of Gloom were a great way to open the show. Despite their faux-pouty demeanour, their passion for music was evident. So too was their bond. They treated the crowd to an enthusiastic and fun show, playing off each other and their fans. It was hard to not appreciate the energy they were putting out there.

No less enthusiastic were Sydney-based Bad Moon Born, a five-piece hard rock outfit with a totally different vibe and undeniable talent. They were keen to take the energy of the venue up a notch, really engaging the crowd with their well-developed sound and musical direction as well as the catchy sing-along hooks. Front man Frank Lakoudis’ melodic vocals were captivating, and their hooks were almost hypnotically good. The band nailed a superb cover of Mötley Crüe’s Dr Feelgood, swapping guitarist and drummer for the popular hit. By the end of their set, the room was well and truly warmed up and ready for Pop Evil.

And it was worth the wait.

Opening up with the fabulous and high energy Boss’s Daughter, immediately launching into a electrically-charged and well-chosen set for their first show down under. From Matt DiRito’s unbelievable headbanging and the band’s timed jumps, to front man Leigh Kakaty’s passionate speech about finally making his dream of touring Australia coming true (and the passionate cry of “remember you were here first”) the room’s energy never failed, not even for a second. Their set had the look and feel of a smaller intimate show, with the energy and fervor of a larger scale show. The crowd went wild for their cover of Eye of the Tiger, as well as fan favourites Ways to Get High and Be Legendary, singing at the tops of their lungs to every song, surprising the band by knowing old hits like 100 in a 55, Waking Lions, Trenches, but it was closing hits Waking Lions and Trenches that were really the big successes of the night, throwing the crowd into a wild frenzy and leaving them wanting more. Eager to meet his fans, Leigh jumped into the crowd and headed to the back of the room mid-song to greet the crowd before heading back to the stage for the final goodbyes, leaving the crowd with “Peace Love. And Pop Fucking Evil!”

Deal With The Devil/Bodies Torn to Pieces

Last Man Standing/Eye of the Tiger

Ways To Get High