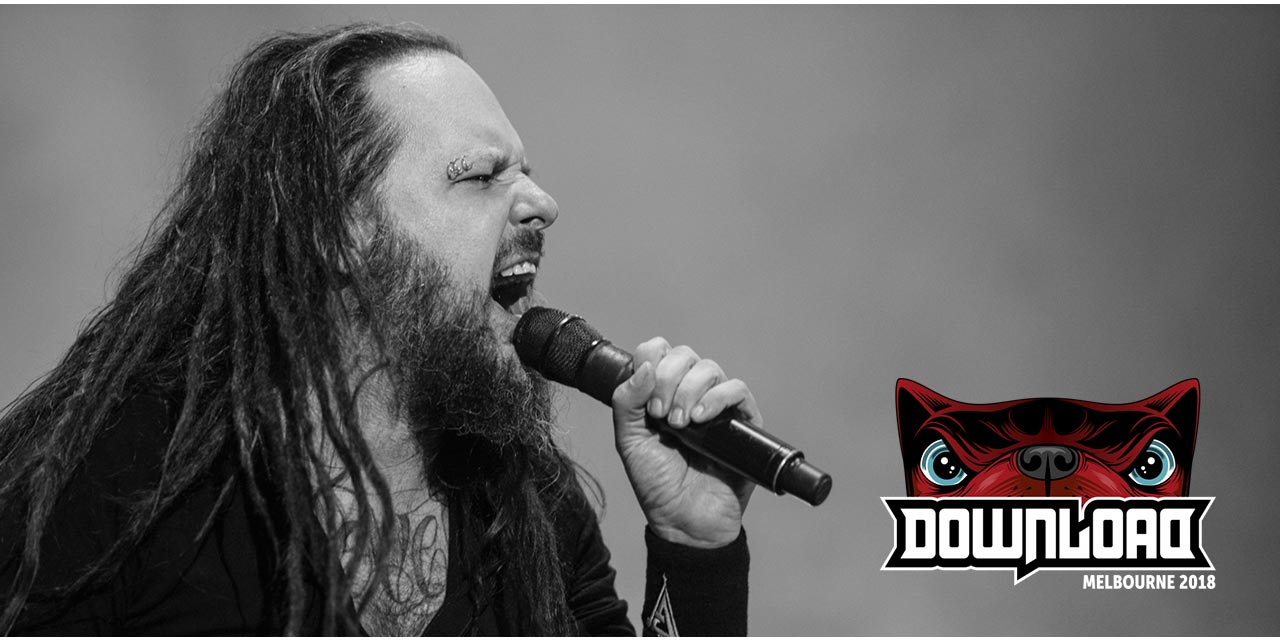 The weather couldn’t dampen the spirit of those in attendance at the inaugural Download Festival this past weekend in Melbourne.

The event was the first time that the festival has travelled internationally, having built up a reputation as being the best rock/hardcore festival in the UK.

And when the announcement was made that it would be venturing to Australia with a plethora of some of the best bands in the world – the pressure was on, with the much-starved Australian heavy metal music fans desperate for a good head bang. Fortunately, pressure makes diamonds and the festival more than lived up to expectations.

The day started off with local boys Ocean Grove playing the Black Stage – one of the first of a few homegrown bands that warmed the crowd up. As the anticipation built and despite the weather, the crowd packed in front of the stage as they thrashed out What I love about a Natural Woman – it was a sign of things to come.

But as with all big festivals the day was spent flitting between the four stages – with each dedicated to the differing genres on the display for the day. Trying to catch favourite and new bands alike, to get the entire Download experience was challenge over the massive racecourse. The event didn’t just bring the music but the village atmosphere the festival is famed for, something Flemington Racecourse had likely never seen before.

The main acts for the day commenced with Good Charlotte, the polarising pop-punk group from Washington spearheaded by the Madden Brothers that many, more likely, know from Nine’s The Voice. It was a nostalgia blast that Downloaded when announcing the line-up was criticised for, but on the day was so much fun.

The band went through most of the hits from their albums to a mixed response from the inebriated crowd – some loving and some loathing (most of the loathers waiting for Limp Bizkit and not wanting to lose their space at the front of the stage). As with most new festivals, the set experienced mic issues and, whilst it may have been the least favourite of the five times that I have seen GC, it was made all the more poignant knowing that it could well be the last.

After GC, Fred Durst, Limp Bizkit and his trademark red cap were on stage and the crowd erupted – unifying the GC fans and the head bangers together. Durst was clearly enjoying the reception and his time in Australia. The band played the majority of their most seminal hits and threw in a George Michael cover of Faith for good measure along with Nirvana’s Smells Like Teen Spirit.

Then on to the co-main event – Prophets of Rage. Supergroups as they go are hit and miss and are viewed with a certain amount of scepticism. But Prophets of Rage eschews that ideology, playing a veritable mix of their collective works together seamlessly and with no less relevance in the modern era.

Touchingly, the band played a tribute to late Soundgarden front man Chris Cornell asking members of the crowd to sing Audioslave’s Like a Stone, while Rage Against the Machine’s Killing in the Name Of was a massive highlight of a day in which there were many.

The main event, Korn, brought the evening to a rapturous close of the nostalgia fest that had been Download Festival. The band played hits that spanned their career including Coming Undone and Did my Time and left fans clamouring for more.

While the weather may have been a bit of a dampener at the beginning of the day, there’s little argument that fans rock fans finally received the festival they had been missing for so long. Hopefully, the success of the event means it becomes a regular event, enticing bands that have more relevance in modern times, meshed with that dose of nostalgia that made this years festival so bloody awesome!

Here, enjoy some killer postcards of the show below: