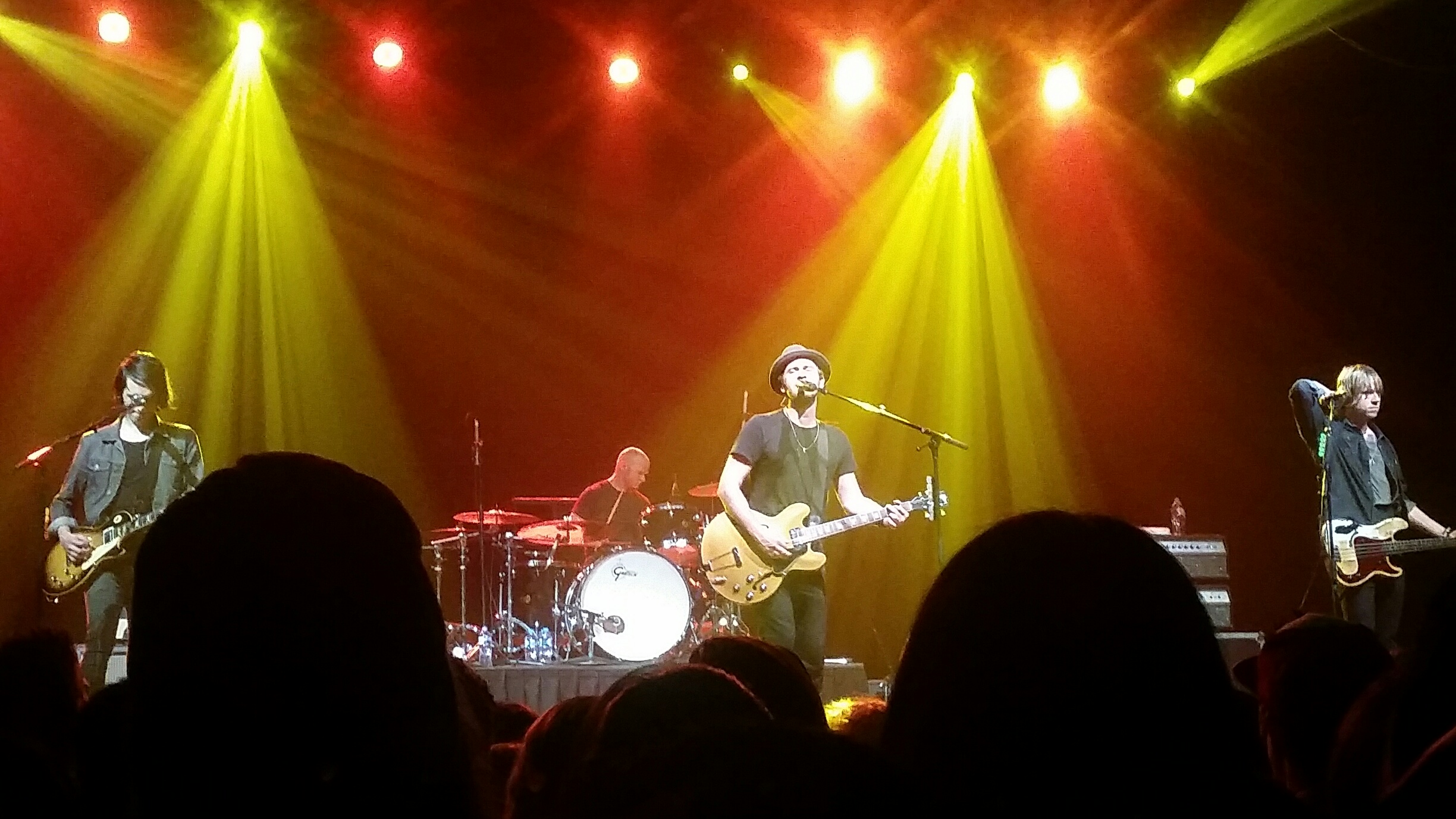 After a 13 year wait, Sydney was treated with royalty as Lifehouse came to grace the heart of carousels, ferris wheels and bumper cars at Big Top Sydney in Luna Park. Having released five records after their first initial Australian visit, the band have been well-known for hits such as “Hanging By A Moment” and “You and Me”; so doing an Out of the Wasteland tour was something that was already anticipated by Australians. Kicking off first was Sydney-based alternative rock band, Stone Parade; a band channeling Hoobastank sound influences as they hit the stage. With their great musicianship and enthusiasm, the crowd were enjoying their tight-knit set with frontman, Greg Byrne having boundless of energy, encouraging the crowd to feel the positive vibes resonating from them. Passionate and fearless, Stone Parade made a great effort in keeping the crowd engaged, even if most people were saving their energy for Lifehouse.

Lifehouse entered the stage with confidence, opening up with glowing track “Hurricane” which got the Sydney crowd cheering on. Sweet nostalgia hit all over the room as the intimate and joyous night went on with the band’s humbling presence as they took this opportunity that was long overdue. Coming from their record, Smoke & Mirrors, the band pumped out “All In” with its loud, rocky edge and this became apparent that there were some loyal fans in the crowd, uniting in sweet symphony as they sang along. Bass player and backing vocalist, Bryce Soderberg provided magic to the stage as he harmonised with frontman, Jason Wade as they sang “Between The Raindrops”. The emotional response from the band was captivating as they played each song with such honesty and grace. Their offering on “Sick Cycle Carousel” was a delicate number with its hard-hitting lyrics that stuck out to those that had been hurt or troubled by someone in their past. Although most times Lifehouse have been known for their strengths of pulling together some great love ballads, this only proved to the crowd that they too had feelings of anger and hurt embedded into their music. Truth be told, they were the perfect band when it came to bringing sentimental songs back to life. It was the beauty in knowing that although they have aged, their songs remained timeless With Wade’s introverted persona, he began to feel comfortable as he interacted with the crowd with his acoustic segment for the night. It was like meeting a new friend and telling all the stories you’ve been through in life, proving that Wade was just getting to know the crowd with his acoustic guitar and talent for singing. As he paced himself by playing tracks such as “You and Me” and “All in All”, the crowd embraced the lovely atmosphere these acoustic tunes created. People were amazed by the amount of thought put into the acoustic set as popular tracks such as “Only You” and “Somewhere In Between” were cleverly transitioned after one another. “Everything” was played acoustic at first but as soon as the rest of the band came back on, the atmospheric vibes from this track was magnified by tenfold. Even though the Big Top was a medium-sized venue, Lifehouse were more than capable to pull off an arena show.

Including a cheeky little cover of John Farnham‘s “You’re the Voice”, Soderberg knew how to please the crowd. Clearly showing their love by displaying the country’s flag on stage, it was obvious that being in Australia was like home to them. With an excellent choice to close the night, the band belted out crowd favourite, “Hanging By A Moment”. As most of the age demographic were mainly in their thirties, it was clear that the fan’s loyalty did not end as almost everyone in the room sang each lyric with such fine determination and enthusiasm. It was from there that Lifehouse gracing the Sydney stage was worth the wait, showcasing their natural capabilities of bringing a set to a crowd, wanting to reflect back on the songs they grew up to and loved.