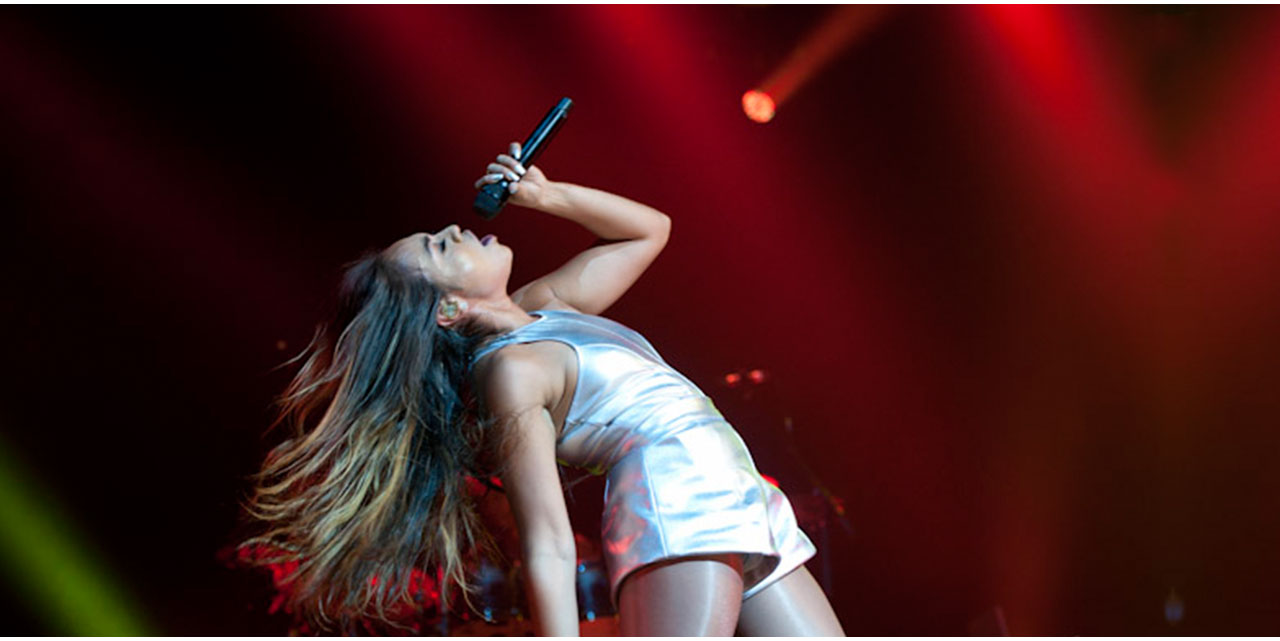 On Friday November 15, Australian superstar Jessica Mauboy took over The Star’s Event Centre in Sydney with a show that will be remembered for many years as one of the best of her career. The night kicked off with a strong and fairly stripped back performance from Nathaniel Willemse, a former X Factor contestant and great opening act to Jessica Mauboy. From the get go, he captivated the crowd with his wonderful voice and beautiful tunes. Being a new and evolving artist, most of his set were covers, but he brought his own unique take to them and the crowd went wild for it, especially when he performed songs like Daft Punk’s “Get Lucky”. He certainly started the night on a high, and got the crowd energized and ready for what was going to be a very lively and entertaining set from Jessica Mauboyy. Which it most certainly was!

From the moment Jessica Mauboy entered the stage, the crowd were hanging on every note she hit and every move she danced, and wow does she have some killer moves, she’s definitely our Aussie version of Beyoncé. With a great, strong, flawless voice and sexy, powerful dance moves, the crowd just loved every second of the gig; even her dress changes had the crowd in hysterics. My personal favorite was the black sequenced jump suit. Very stylish! She performed crowd favorites like “Running Back”, “Been Waiting”, and “Reconnected”. Though it was “Reconnected” that really seemed to send the crowd berserk as you could feel the room shake from all the clapping and stomping people were making to the beat of the song. It was quite an experience to witness. But then there was the acoustic side to the set, which brought a nice, intimate side to the show, with a tearful performance of Whitney Houston’s “I have nothing” and a beautiful interpretation of Cyndi Lauper’s “Time after Time”. The backing vocalist and band that were on stage should also be mentioned as they really put on an outstanding show and made Jessica Mauboy shine even brighter than she already does. Oh, and I can’t forgot to mention the duet Mauboy performed with Nathaniel Willemse, another wonderful highlight to the night.

Overall it was a great show. Fathers were dancing with their daughters, couples moved together in delight, and friends got “jiggy” with it. There was a wonderful atmosphere to the night and Mauboy put on a spectacular show.