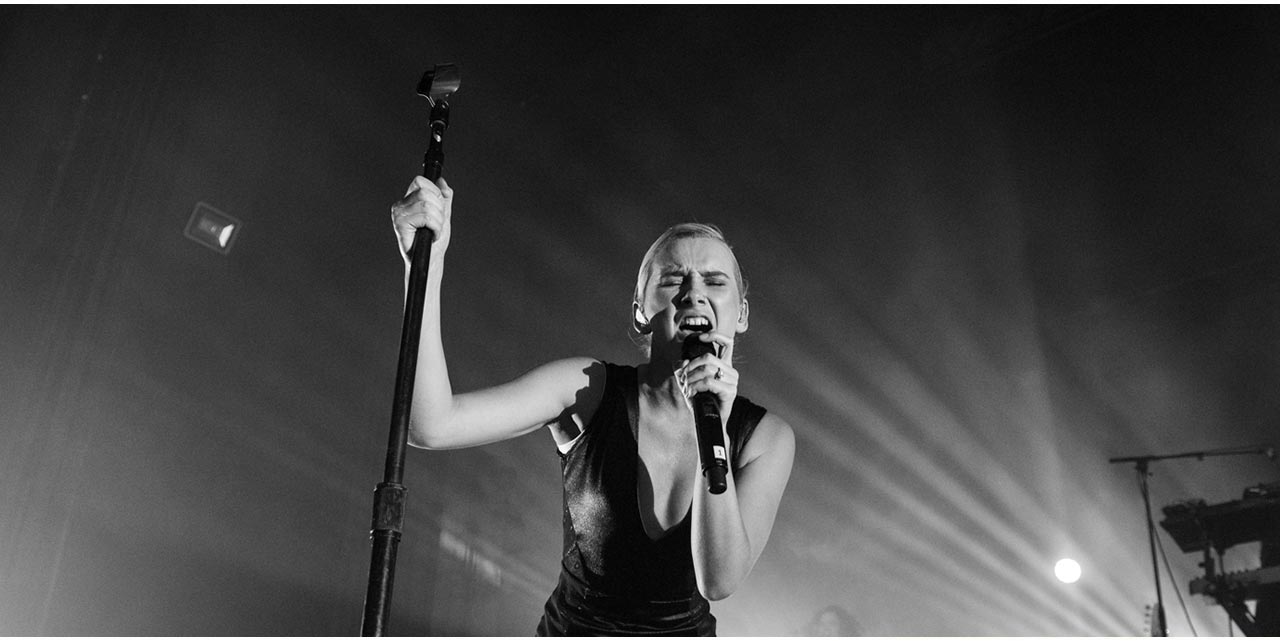 Xavier Dunn opened a sold out Broods show in Newtown’s Enmore theatre: peeling walls and all.

Being first on stage, especially completely by yourself would make anyone nervous but Xavier was completely at home. Switching constantly between his synths and Kaoss pad he quickly had the early arrivers enthralled with his ethereal vocals.

His penultimate song was his unique arrangement of Iggy Azalea’s ‘Fancy’ which had the growing crowd bopping along with its steel drum hook: a testament to his musicality. Illy complimented Vera Blue recently as being “one of the best upcoming female vocalists in the country” and she certainly did not disappoint. Her first headline tour in September has multiple additional dates added due to selling out and it’s easy to see why – her quick set had everyone enthralled. Her vocal range and power were mesmerising and goosebump inducing. Like Xavier, Vera’s penultimate song was also a cover: her recent Like A Version originally by Jack Garrett. Closing with her first single ‘Hold’, Vera had the crowd singing along ready for Broods’ imminent arrival.

Conscious, the opening number from Broods and the title of their most recent album was a perfect lyrical match to the lighting show with the band silhouetted behind a bright white light. The sliding bass and drop of the chorus woke the crowd up for what was set to be a 2-hour party. Georgia’s long tasseled coat which matched brother Caleb’s was swiftly removed after the first song revealing a slick black one piece.

The siblings were joined on stage by their cousin on the drums and a very talented backing singer/keyboardist. Georgia, now keyboard-less was able to use the whole stage which she certainly did – sidling from left to right with her signature hip movement.

The only time she would keep still was when Caleb came down from his podium and joined her centre stage for some acoustics songs. These few songs were unexpected but it stripped the music back and showed what raw talent these two are. Jarryd James popped on stage to perform his single 1000x flanked by Georgia and Caleb – something the crowd was thrilled to see. Dressed in an unassuming oversized sweater his vulnerability was captivating and they finished the song to rapturous applause.

Sleep Baby Sleep closed this section of the show throwing the stage into darkness.

A quick outfit change later saw them return dressed all in white with blinding lights opening to the uplifting ‘Recovery’ and Georgia commanding the crowd “It’s time to party”. Credit must be due to whoever designed the playlist/lighting/outfits as it succeeded beautifully in telling a story. The next 45 minutes were a constant up-beat dance party with the crowd grooving along spurred on by Georgia’s carefree skipping across the stage.

The a capella opening to ARIA Gold accredited ‘Free’ whipped the crowd into a frenzy and when the song finished and Broods left the stage, the cheering was deafening.

They returned to the stage for a true encore performing their singles ‘Four Walls’ and ‘Bridges’ and closing with ‘Couldn’t believe’ – another single in the making?

The crowd had as much energy at the very end as at the beginning bouncing along to the closing song – a true testament to the quality of the music Broods were playing.