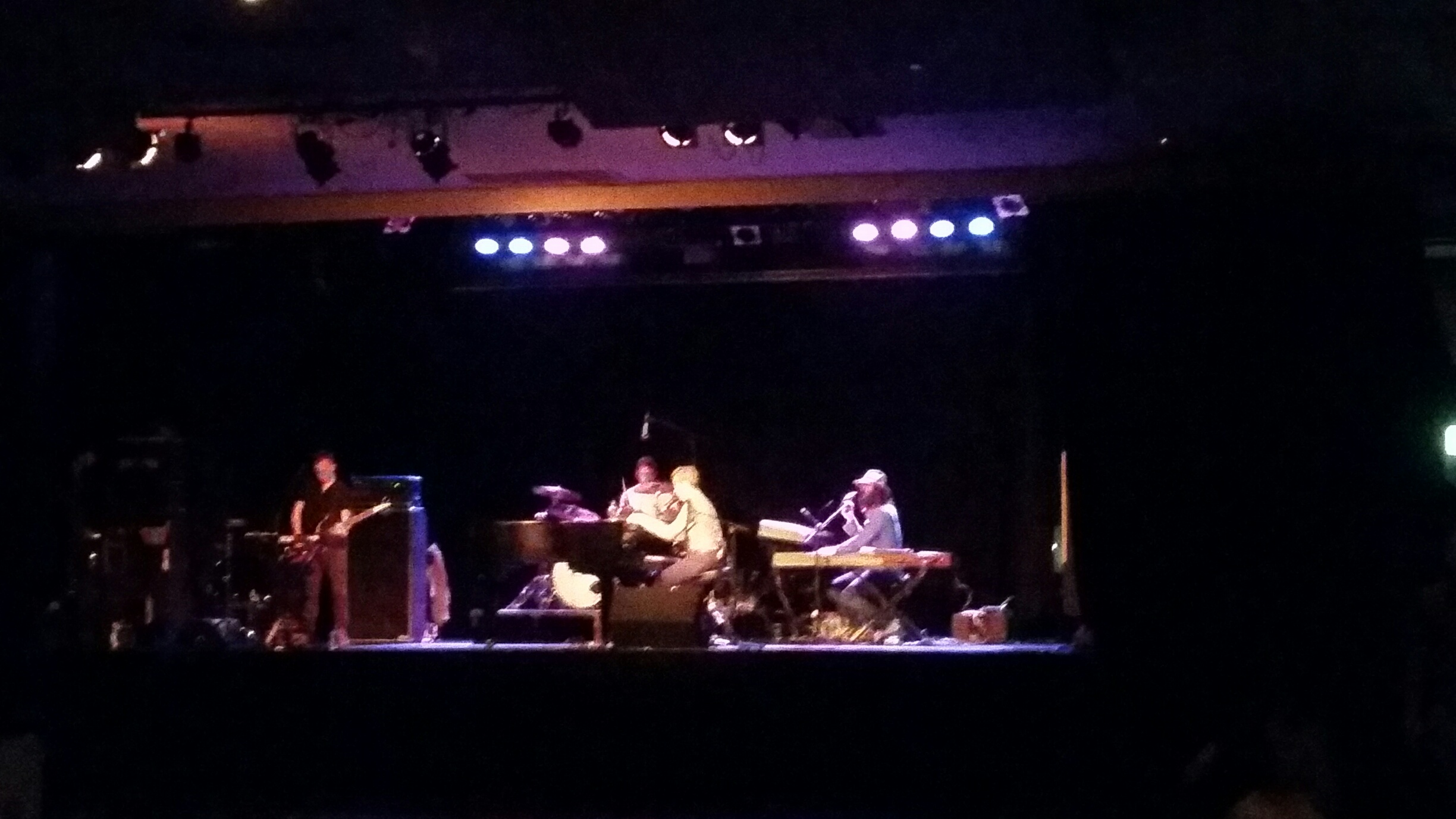 There’s always something breathtaking when seeing Andrew McMahon live. Whether you saw him under his Jack’s Mannequin or Something Corporate acts, it’s not easy to forget a face of a musician who values their work to the core of their heart. McMahon is one of those musicians who bring hope and love in the music he creates, reminding you every once in a while that everything will be okay – even if it isn’t.

The crowd in the Factory Theatre held down to a full capacity that Saturday night as it was a sold out show. Whether or not you were a new or old fan, the night was not going to be a disappointment. As McMahon opened up with “Rainy Girl”, his emotive take to the song brought the unity of hearts in one room. Patiently pressing down on the keys of the piano, the silence of those watching knew of the magic McMahon had as he sang so effortlessly. Blissful in his own world of music, he embraced the Sydney crowd by showcasing a part of him that was gentle yet strong.

Enter “Dark Blue” and you could eventually hear the echoes of the crowd, overjoyed to be hearing a timeless favourite. To get that hit of nostalgia and feel the essence of time sweep away from McMahon and his band playing such a tune, each minute had its purpose. Dispersing from the full band live experience, McMahon then took it solo in the middle of his set with more nostalgic hits that brought on what could’ve been an emotional yet intriguing progression of the night. His Something Corporate take on “21 and Invincible” had the minds of the young thinking about their past, future and present. McMahon played the song with feeling and hope and it seemed possible to be ‘forever young’. An infinity of youth with no regrets.

“Swim” took the core of those who struggled in the toughest times imagineable and McMahon sung with soul and integrity. As the crowd softly chimed in, the beauty amidst the darkness hugged the tranquil atmosphere that was created through the piano keys that were touched by the fingertips of the musician. From the stage and to the crowd, there was an undeniable connection with McMahon; you couldn’t see it but you could feel it.

Gracing encore tracks with an oldie but a goodie “The Mixed Tape” and fresh track off his self-titled, “Cecilia and the Satellite”, McMahon proved to the Sydney crowd that he still could showcase a one-of-a-kind show. With a surprise in the finale song of the night from his 2013 The Pop Underground EP, “Synesthesia” brought a lullaby of synths to the stage which graced the presence of a colourful parachute, circling in rotation amongst the sea of people. It was a magnificent way to end the show with such involvement from the crowd – one where it embodied a sense of unity.

For what it’s worth, Andrew McMahon puts on an unforgettable show. His passion, his storytelling in his music and the magic he creates on stage connects the souls of those who attend his shows and that in itself is a special gift that has always come naturally to him.