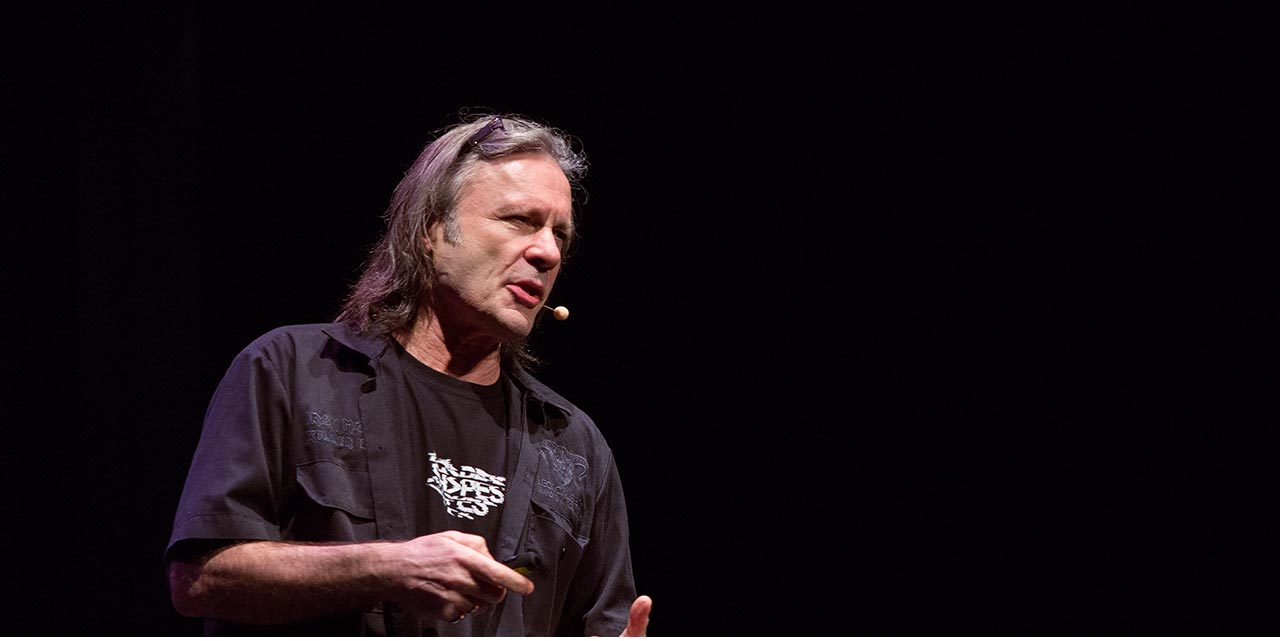 Rock star, pilot, entrepreneur, beer brewer and fencing aficionado Bruce Dickinson hit Sydney’s Enmore Theatre on Thursday 18 October for his first ever Book Tour Down Under to promote his Autobiography “What Does this Button Do?”.

As expected, the iconic music venue in Newtown welcomed a veritable army of fans wearing Iron Maiden shirts. Everyone anxiously waited until the first of two acts of the night started, with Bruce hitting the stage to share some stories about his childhood, including his struggles to fit in at school and the pranks he played on the head master, ending with his expulsion. The very charming Dickinson also spoke about his obsession with (and many failures at) growing a decent moustache, and his crazy design ideas for pants while in Iron Maiden.

Despite not sharing many Maiden tour stories, one of the highlights of the night was the singer speaking about meeting the Royals (including a perfect impression of Prince Charles) and his trip as a solo artist to Sarajevo during the war.

After a short break, the Iron Maiden frontman returned for a Q&A that surprisingly did not have many music or tour questions. Most of the questions he answered related to his commercial pilot experience. However, this did not stop Dickinson cracking a few jokes in between, especially about cricket and the Aussie ball-tampering fiasco.

The night finished with Bruce speaking about his 7-month battle with cancer and how he has (so far) defeated it, getting a standing ovation from the crowd who were bid farewell with a few paragraphs from his book.

Overall? A truly special night where diehard metal fans were able to get close and personal with one of the greatest artists in music history. Up the Irons!