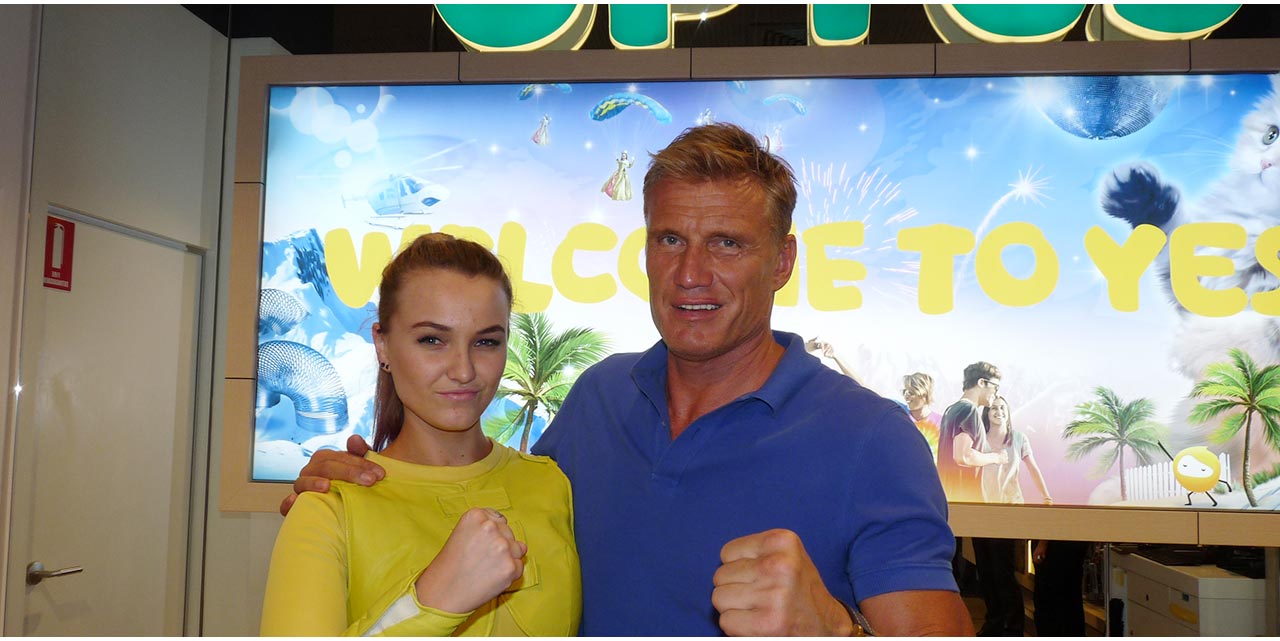 Actor, director, martial arts expert and author, Dolph Lundgren, whose roles in Rocky IV, Master of The Universe and The Expendables saga have made him a pop culture icon, hit the Optus Shop at Sydney’s Broadway Shopping Centre yesterday as part of a new campaign by the telecommunications giant to give Australians a better deal.

Despite his Hollywood A-List status, fans were amazed to find the Mr. Lundgren an affable and very down to earth action hero, who made the effort to speak with each of his fans, sometimes at length, and happily signing multiple items for them along with posing for photos with every single fan around. During the session which lasted a couple of hours he never once lost his humble and friendly approach.

The Expendables star also teased us with a few hints of upcoming projects including a small hint regarding a potential new film in the Silvester Stallone saga, saying: “It’s happening and hopefully we will have new big names in it.”

In addition he shared his feelings about returning to Sydney after being a Chemical Engineering student at Sydney University and working as security at some nightclubs back in the day: “It has been a while,the city changed a lot, I used to ride a bike around Sydney when I was a student”. At 6’5 that would have been some sight!

Here are some pictures of the in-store event below: