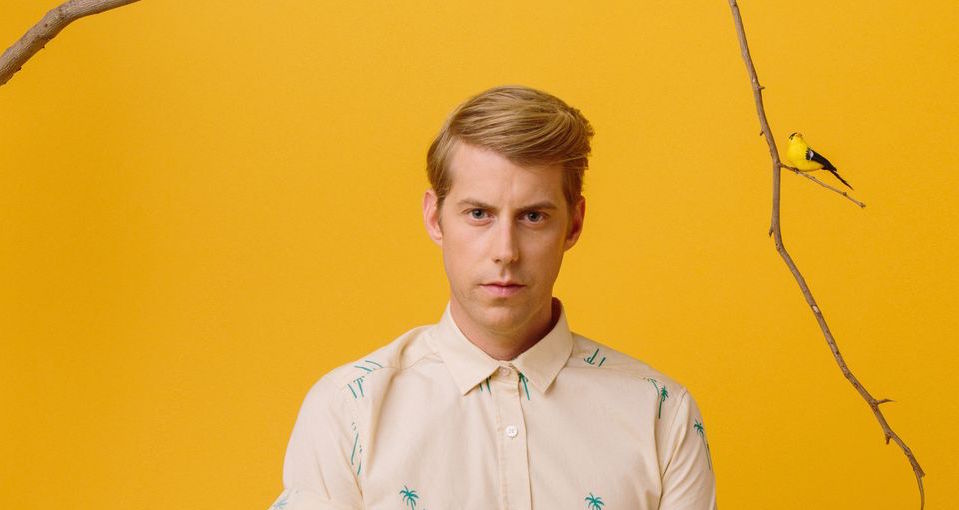 Just before he hit the stage on Saturday night for Sydney’s show, Andrew McMahon was ready and willing to bring good vibes to the crowd. Being a passionate musician and having done several music projects – to name a few – Jack’s Mannequin and Something Corporate, McMahon had him bring tunes of positive impact towards solo project Andrew McMahon in the Wilderness. In this interview, McMahon described how the Brisbane show had him amped up for the rest of the Australian tour and liked the idea that he was able to pick out songs that showcased both his current and past projects.

With his self-titled record being released last year, reception has been nothing but positive and McMahon was surprised at how many people had a good grasp of the new material. In compiling his setlist, mixing his old and new catalogue of songs kept things fresh and perky for the crowd.

“It’s great because it’s so funny – you just sort of have to travel. In the States I think we’ve been on the road long enough to kind of know what to expect and how to put a show together. This record is getting a lot of airplay so it’s kind of this different thing. We come out here and I don’t know what to expect so I try to do a balanced set and get a bunch of music in for all acts and it seemed to go really well last night. I was surprised that so many people knew all the new music and already had copies of the new record which was exciting but I love the ability to travel through my whole catalogue and sort of play for everyone.”

McMahon has been in the music industry for a very long time and to see his fanbase evolve is interesting. Majority of his fans share a deep understanding of his music and for most, it’s on a personal level. Most have turned to McMahon’s music as a solace when it comes to going through a challenging time in particular. Certainly his first record as a musician was a foundation of his career but it was clear that he had every intention of working on different music projects, maintaning his vision and passion for his career.

“For me, I think I’m really lucky that I’ve had a core fanbase. It’s really rewarding to see new people come for the music. I never did this and thought, my first record was my endgame and I wanted to stop there. I think there’s a reason that you see me constantly working on new projects and trying to develop my sound – it’s because I don’t want to stay in one place. Seeing what this record has brought in both new and old audiences and to have them be exposed to music for all of these different eras in my career is really exciting for me.”

McMahon had a tumultuous period in his life where battling cancer became a tough chapter in his life. On Sunday 23rd of August, it marked a decade of being cancer-free which also meant the celebration of a ten-year milestone for Jack’s Mannequin’s Everything in Transit as well. Coming as far as he is now, establishing the Dear Jack Foundation gave him a chance to connect with young adults who were fighting cancer, building a community that formed strength and hope for these people.

Currently, he has started the 72k challenge for the foundation in celebration of his cancer-free milestone by putting forward an ambitious campaign to reach a goal of $72,000 for every one dollar representing a newly diagnosed AYA patient. Since this campaign launch, bands like Fall Out Boy and Panic! At The Disco had the Instagram community buzzing with support for McMahon’s campaign.

“What I hope in having bands like that also support the cause is just – to get people aware of the fact that this age group we’re all sitting in – from age 15-39 is the sort of under-researched and underfunded bracket of cancer patients out there. So for rock musicians, that’s their audience. I think to put that in people’s radar and that if we can band together and really start talking about this and express our dismay that this is the reality for people this age who haven’t seen improvements in their survival rate, then we can make a real difference so it’s exciting to see people get on board with that.”

Being cancer-free was not easy for McMahon but it was clear how thankful he was to reach this milestone. His generosity from working on the Dear Jack foundation and his music has given him the opportunity to connect with communities of people who deserve hope, love and compassion for the obstacles they face – no matter they are.

“I think that’s why I do the work that I do with the foundation – to sort of connect the dots and let other young people know that they’re not alone and that treatment is tricky but the aftermath is equally as tricky. To see where I am now ten years later, there are a lot of days where I go [he exhales in disbelief] – we’re here! And it feels really good. Some days it feels like I’ve ran a marathon and I’m finally able to stretch out and look around and say, ‘You did this’.”

To learn more about the Dear Jack Foundation and the ’72k AYA challenge’ check here for more info: http://www.dearjackfoundation.com/campaigns/