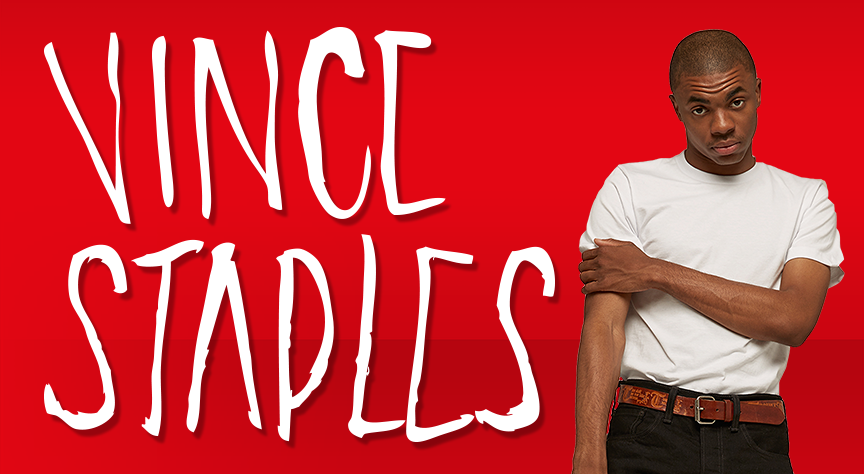 Off the back of his 2016 Australian sold-out shows, Long Beach native VINCE STAPLES has announced his hotly anticipated return to our shores this February for two huge headline dates.

Already announced for Falls Festival and Field Day, the critically acclaimed rapper brings with him the momentum of his stellar sophomore album, Big Fish Theory, to theatres in Sydney and Melbourne.

Tickets for both shows go on sale at midday this Thursday, September 28.

Telstra Thanks is bringing an exciting 48-hour pre-sale just for Telstra customers from 10am Tuesday, September 26 until 10am Thursday September 28. For more information on how to purchase, visit: telstra.com/music.