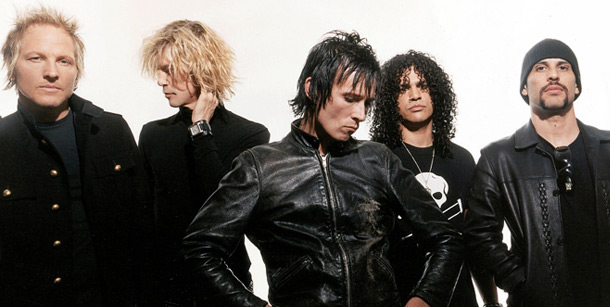 Legendary guitarist Slash in an interview with  US radio station 93X, dismissed all the rumours and hope regarding an eventual come back of singer Scott Weiland to Velvet Revolver.

Slash said Scott “is out of his mind” if he thinks he’s back in Velvet Revolver…adding later “Maybe they [VR] know something I don’t”.

The misunderstanding happened because Weiland said to US ABC News that he was working on the third studio album with the band:

“They gave me a couple of songs and myself and [guitarist] Dave [Kushner] and [bassist] Duff [McKagan] are gonna be getting together for a songwriting session next week,” Scott said.

Slash denied knowing anything about that emphatically saying: