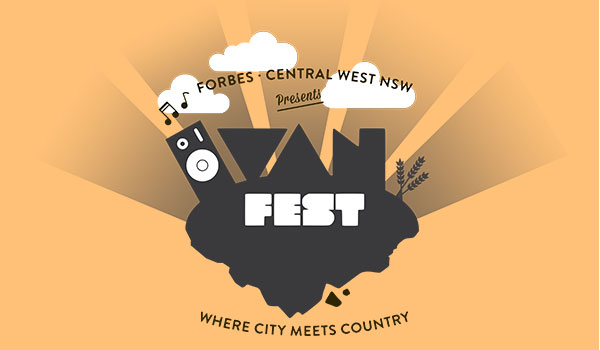 After much anticipation, VANFEST is returning to Forbes on Saturday 5 December 2015 and the line-up is, once again, set to impress.

The NSW regional music festival will continue this year with the multi-award winning and multi-platinum selling, John Butler Trio headlining alongside ARIA award winning Birds of Tokyo. John Butler Trio is one of the most successful independent bands of the era, not only in Australia but worldwide, with their performances selling out globally for the past two years. They simultaneously blend into both the mainstream and alternative music markets and pave the way for other upcoming Australian artists.

Birds of Tokyo and their insistent, bittersweet, rock sounds have resonated deeply with Australian critics and fans. With four acclaimed albums, multiplatinum sales and multiple sold out tours across the country, the band are one of the country’s most successful rock bands.

The VANFEST festival is a family run business, created by father and son team, Grant and Matt Clifton. After growing up in Tullamore NSW, Matt saw the need for quality entertainment in the regional area. He enlisted the help of his father who is a Forbes local and owns The Vandenberg Hotel and together they are bringing high profile international and local acts to Central West NSW. Their combined efforts have been a success and resulted in a strategic partnership with the NSW Government’s tourism and major events agency, Destination NSW and Southern Cross Austereo’s Hit Network, to ensure the continued growth of VANFEST since the inaugural event took place in 2014, with headliners Chet Faker and Matt Corby.

In addition to an amazing line-up of live music and entertainment, VANFEST will offer an array of food and beverage outlets, VIP bars, meet and greet opportunities, extreme activations with partnering sponsors, and a multitude of camping facilities, including glamping, tent city, phone charging stations, communal common areas with bean bags, plus much more. Transport options are also available.

VANFEST is held at Forbes Showgrounds on Saturday 5 December. Tickets, transport and camping packages are available.

Early bird ticket prices starting at $79.00 will be available on Tuesday 08 September 2015 to those who pre register at vanfest.com.au

Tickets will officially go on sale from Wednesday 09 September 2015.

All ticket information can be found at www.vanfest.com.au

VANFEST is proudly supported by the NSW Government through its tourism and major events agency, Destination NSW