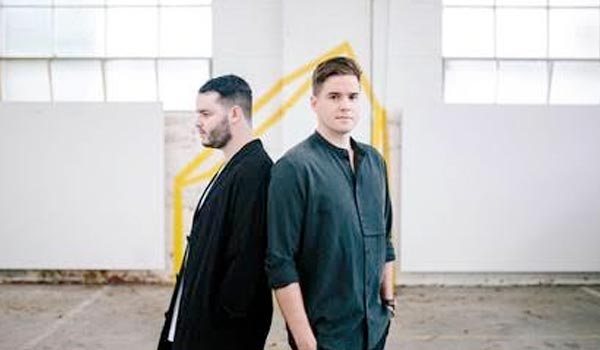 Melbourne producer duo Two Can – aka brothers Oscar and Myles Sach-Haber – have released their electrifying new single Got Habits through Warner Music Australia. On the heels of official remixes for David Guetta & Sia and Galantis & Throttle, Got Habits is the first single from the siblings since signing to the label.

Of the track, Two Can said: “Got Habits started with a piano and vocal, pop sensibilities meets everything we love about producing electronic music. We’re excited by the fact that this song leads to new territory for us; it’s what we believe making music is all about, enjoying the freedom of artistic expression and breaking new ground.”

Two Can’s 2016 debut EP Continuance received a “Best New Music” feature in The Sydney Morning Herald alongside Australian acts such as Vera Blue, and attracted spins on BBC Radio 1 and Fox FM. Lead single Holding On To You (ft. Savoi) landed them rotation on triple j Unearthed and a spot on Spotify’s viral chart.

Two Can’s repertoire includes singles Outta Here and Holding On To You plus official remixes for the likes of Carmada, Cazzette, David Guetta & Sia, Galantis & Throttle, Jonas Blue, Two Friends, Oliver Nelson and Benson (which saw them score a #1 on the ARIA Club Chart). Two Can were also recently hand-picked to produce the soundtrack to LEVI’s new diversity campaign. To date, the pair’s enigmatic production skills have attracted over 10 million streams across all DSPs and earned three Hype Machine #1s.

Already the duo have performances supporting KLP, Paces, Kilter, Carmada, Alison Wonderland and pop superstar Dua Lipa, and festival slots at St Kilda Music Festival, Groovin’ The Moo and Fiji’s Your Paradise under their belt. Armed with what they call their “best work yet”, Two Can are primed to delight fans and new listeners alike.