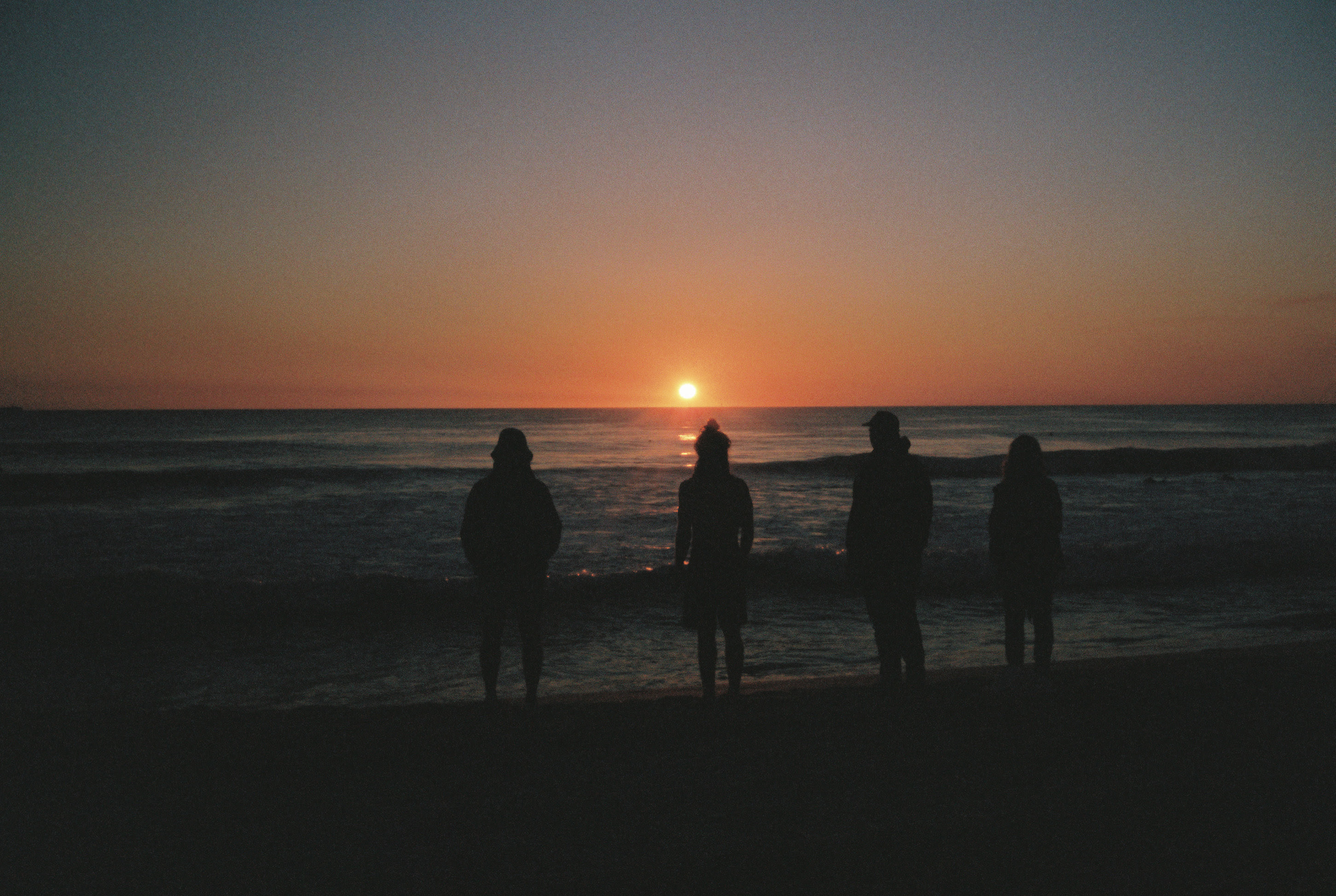 It’s Monday morning some time in mid-July and I hear on the other line that lead vocalist Austin Getz from Turnover is knackered, but there’s a calming presence that takes over him when he starts speaking. After doing some shows in Brisbane, Newcastle, Sydney and Melbourne with post-hardcore outfit Touche Amoré, Getz still manages to pull himself together, sharing insights on his journey with the band and the anticipation surrounding their third album Good Nature. With the ambient and emo-tinged tunes people have grown to love, Turnover gained prominent success with their sophomore record Peripheral Vision. Songs like “Dizzy On The Comedown” and “Cutting My Fingers Off” opened up listeners to the melancholic lyrics and beautifully structured melodies that took people’s breath away.

Shy of two years since its release, the band are continuously on tour, going on adventures beyond the U.S, traveling to places like Japan and Europe. The Virginia Beach outfit was just as determined like any band and it was time to put together the pieces that made them whole, breaking down boundaries and creatively putting their thoughts and feelings on Good Nature. It was about moulding “in the moment” ideas and placing inspiration from unfamiliar places while working with long-time friend and producer Will Yip. It was time to grow the roots that made Turnover stand their ground like never before, welcoming an airy and vibrant atmosphere that they were finally happy with.

You guys put on a really killer show in Sydney by the way. How does it feel being back in our country with Touché Amoré so far?

We’re loving it. Touché Amoré is a band that we’ve admired and liked since we basically started as a band and all the shows have been great so nothing but good things to say about Australia on many different fronts.

You guys dropped a new single from your upcoming new album Good Nature and it’s titled “Super Natural”. I like the ambient and nostalgia this song brings to the table, actually. What would you say changed the dynamics when it came to writing songs off Good Nature compared to your previous album Peripheral Vision?

I wouldn’t say that too much really changed as far as we went about writing things. I would say it was a little more collaborative. Casey [Getz, drums] got more involved and wrote a little bit more stuff like on keys and we all jammed a little bit more together than we had in the past. Compared to Peripheral Vision, it has been a collaborative effort – the change in sound is mostly attributed to you know, growing as a music listener and as far as expanding our influences and what we’re trying to do.

The pre-production actually sounded intense because you guys worked so hard. Besides that, were there any other challenging parts of making this record? Or did you feel like everything was smooth sailing from then on?

I would say the record is a result of a few challenges personally, you know, life basically happening. Being in your early 20’s, you’re going through identity changes – the changes that Peripheral Vision kinda brought on with everything that entailed – like us touring a lot more and being gone from home a lot more. But as far as actually recording the record, we were in the studio longer than we’d ever been. We spent a little bit more time in there tweaking the songs and making sure that they were exactly what we wanted them to be than we had on any past record. We then broke up the recording session by a little bit.

We recorded most of September and then we went to Europe for about five weeks and I wrote sixty-five percent of the lyrics while I was in Europe – I already had a few of them done. Basically, when I got back, we were gonna have to finish recording guitars and do vocals, so it was pretty intense trying to like fit all that in. I had a few ideas all ready to go, but it was a pretty critical time and I had to, you know, revise things a lot but I think I’m happier with how the record came out than I have been with anything in the past.

I quite admire that, especially in those five weeks of touring you managed to write most of the lyrics off the album. What was it like writing lyrics on the road? Have you had that experience before or was this your first time?

I randomly would just come up with ideas. I would say when I’m on the road, is when I come up with a good amount of them. Probably about equal to when I’m home, I just have little random ideas I’ll jot down on my phone or when I get the ideas down in the moment. I think it helped a little bit because I didn’t have a lot of service in Europe and I remember driving through Sweden and driving through like the beautiful countryside that a lot of Europe has to offer.

I think it was kind of a helpful energy and blended to the mindset that I wanted to be constructively critical of myself when it comes to that; it was a difficult experience but it was rewarding. I think that it’s not the way that I would’ve chosen to do it, but looking back at it, I think it’s probably for the best.

You mention that you were pushing boundaries on Good Nature. In a sense, would you say that writing on the road was essentially pushing the boundaries or was there another element to the table?

Yeah. I think we were just doing things that we hadn’t done before, basically any way that we could. I think once the record is out, it’ll be pretty apparent – there’s a lot of differences in the songs from the way that the rhythms go or what we’re doing with the guitars melodically or the types of signatures that we’re using and also the types of songs that we’re writing.

I think that there’s a lot of songs that aren’t like any other Turnover songs. There’s a lot of new ideas lyrically that I hadn’t talked about before on other records because they hadn’t become part of my life yet – like I said, a lot of changes went down in three years between when we did Peripheral Vision and Good Nature, so I think that kinda just pushed Turnover out in every direction and grew into something that it wasn’t before.

You worked with Will Yip again, which is good to see for Good Nature. How would you describe his energy for this record compared to your previous ones with him?

I think he genuinely loves the record – he told us a bunch of times it was one of his favourite records, one of the best he’s done. But he’s a champion all the time. This is the third record we had done with him and even our first record we weren’t very excited about it and there was a lot of stuff going on in the band at the time that the vibe wasn’t great.

He’s always been a vibe provider and really just played the role of an engineer and a producer and just a good friend in the studio – kept the energy high and made us believe that we’re the best band we could be at the time and [had] really gotten the best musicianship out of all of us. I have nothing but positive things to say about the way he fills his role and the way he brings out the energy of the band in the studio.

I have so much respect for that guy. The records that he works on are always solid.

What are you hoping listeners take from Good Nature?

I’m excited for it to finally be out. It’s been done since January and we’ve been sitting on it for a while and I’ve had plenty of opportunities to listen to it and you know, I definitely wanted to inspire and enact. I know the record is largely about things I kinda learned and questions I was asking myself in my life at the time.

I wanted to put that down in a place where maybe other people could hear it and take something from it for their own lives. I’m just anxious for it to be out and see if that comes to fruition and hopefully, it can be everything it can be for people.