Much adored metal monoliths TRIVIUM have predictably sold out their forthcoming Melbourne date weeks in advance. To satisfy dedicated local fans the US act have announced a second and final Melbourne date on Tuesday April 12 at 170 Russell.  All shows are on sale now, and moving fast.

Widely tipped for greatness (some prophecies come true!) after their successful sophomore release, ‘Ascendancy’ in 2005, Kerrang! Declared it “the most skull-peeling collection of pulverizing metal grooves and fretboard annihilation you’ll hear in a long time.” Five studio albums later, TRIVIUM are continuing their climb towards metal greatness with the release of their new album, ‘Silence In The Snow’.

Touring the world consistently to great fan and critical acclaim, Trivium represent a new and exciting breed of landmark metal act. They are not to be missed live. Especially now with Melbourne melodic death stars ORPHEUS OMEGA will support on all Australian shows.

Adding another enticing dimension to this epic April tour, Orpheus Omega have been garnering both critical and popular acclaim for their unique brand of melodic death metal for nigh on a decade. Pushing the boundaries of their genre across their three studio albums and on-stage, the quintet are deeply respected in local metal circles, and recently pounded themselves into fighting live shape on tour supporting acts the like of Eluveitie, Children Of Bodom andSoilwork.

These dates are fast approaching, and given Trivium’s international reputation as one of the world’s most exhilerating contemporary metal acts, remaining tickets will not be available long.

Tickets To All Dates On Sale Now 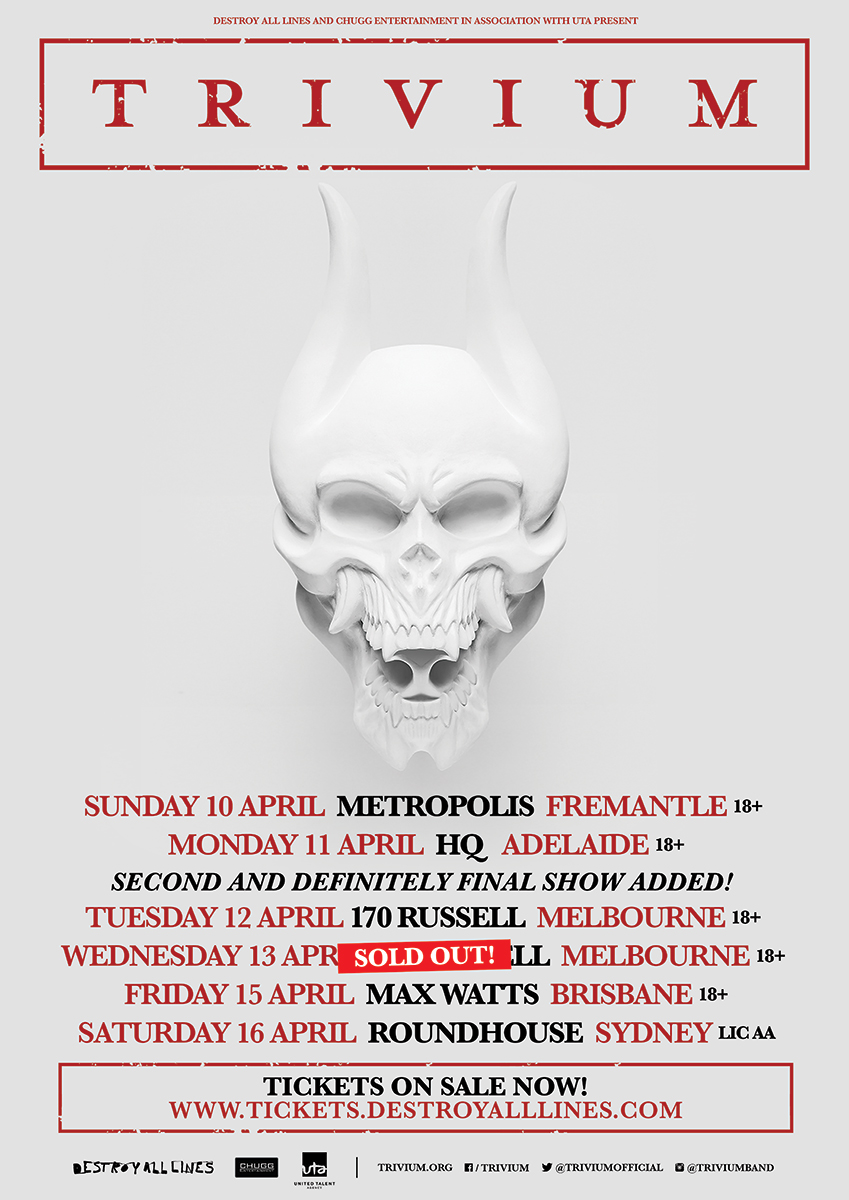