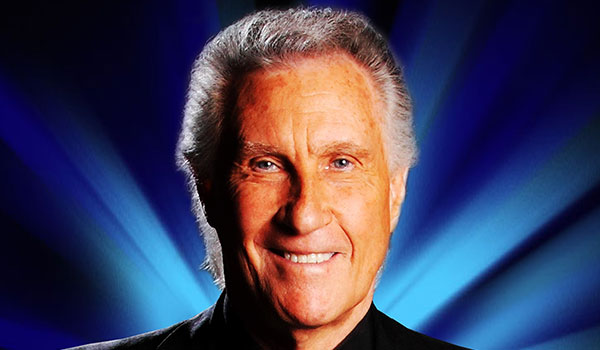 Both as a solo artist and as half of the legendary The Righteous Brothers, Bill Medley is part of the very fabric of American music and popular culture. His warm baritone was featured on some of the biggest hits of all time, including amongst many others (You’re My) Soul and Inspiration and (I’ve had) The Time of My Life. 2014 marks the Golden Anniversary of Medley and The Righteous Brothers most enduring hit You’ve Lost That Lovin’Feelin’, still the most played song in the history of American radio and one of the most timeless and recognisable hits ever recorded. To celebrate this amazing milestone Medley and his full band will embark on his first solo headline tour of Australia, rekindling the memories of his greatest hits and treating Australian fans to a rare opportunity to witness first hand one of the great artists of the modern era.

Born in Los Angeles and raised in Orange County’s Santa Ana, Medley always had a passion for music. His father led a big band and played saxophone and his mother played piano and sang. Naturally, Medley gravitated to glee club and amateur singing contests during his youth, but it wasn’t until he heard the music of Ray Charles and Little Richard that the idea of making music for a living seemed feasible.

Medley formed a local group called The Paramours, and was introduced to Hatfield, who led

The Variations. But one night they put their voices together, and the result was magic.

“We just started singin’ these rhythm & blues duets and it was just absolutely instant,” Medley recalls. “Never had to rehearse it. He knew ‘em, I knew ‘em—‘I’ll sing this note, you sing on top,’and that was it. The instant we sang together, it was like one voice.”

Combining Medley’s unmistakable baritone with Bobby Hatfield’s forceful tenor and the density of Phil Spector’s “wall of sound” production, the duo defied traditional music labels with air play on both pop and R&B radio stations. Their dramatic exchanges from different registers scaled unparallel heights for a pop single. “You’ve Lost That Lovin’ Feelin’” ran for close to four minutes, which was unheard of for a pop single at the time. After a string of hits, The Righteous Brothers parted ways from Phil Spector and went to try their hand at producing themselves at Verve Records. The first single for their new label was “(You’re My) Soul and Inspiration,” which Medley masterly produced. The song topped the charts for three weeks‐ one week longer than “You’ve Lost That Lovin’ Feelin’”.

Medley shows no signs of slowing down anytime soon, keeping to a rigorous tour schedule so

he may share his love of music night after night with all of his loyal fans.