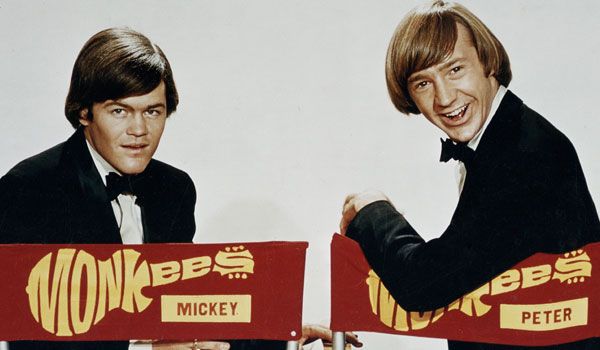 Micky Dolenz and Peter Tork today announced that this Australian tour, starting on Friday in Brisbane will be their final Australia dates.   The current world tour  has been on the road for 18 months and finishes in Australia on December 16 on the Gold Coast.  LAST CHANCE EVER! to see the legendary MONKEES in Australia – tickets are available for selected shows – but be quick!

Also joining this final tour, is Micky’s sister. Coco (born Gemma Marie Dolenz) was nicknamed Coco Sunshine by her borhter and Coco has stuck ever since.

Coco and Micky were born into show business, father George was the star of television series “Count of Monte Cristo” and was part of The Monkees madness right from the start.

Having hung out with Micky, Dave, Peter and Mike, Coco had a unique insight into the group’s chemistry.  With all the craziness  happening around them, Coco provided a steadying support for Micky on set and joined them on many of their recordings.  Coco has been a part of The Monkees concert tours ever since. Photo with Micky & Peter on your own camera or phone

Admission to Soundcheck featuring fan faves and deep cuts not included in the normal set.