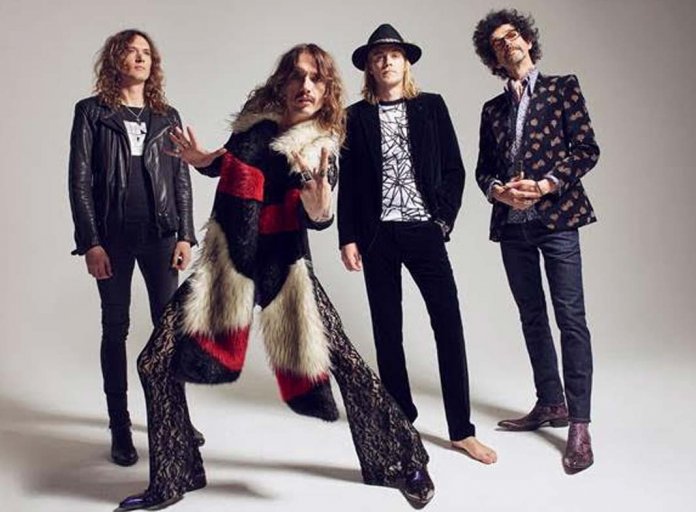 The Darkness will be spreading their Easter Is Cancelled message across the land with an Australian and New Zealand headline tour in March 2020. On a mission to lead us to the sunlit uplands of inclusivity, togetherness and rock’ n’ roll fellowship, The Darkness will play shows in Perth, Sydney, Melbourne, Adelaide, Brisbane and Auckland.

These performances promise to be incredibly special, reflecting the grand scope and vision from the band’s new album Easter Is Cancelled, alongside epic live favourites such as  ‘I Believe In A Thing Called Love’ and ‘Love Is Only A Feeling’ from their spectacular canon of hits.

The Darkness have also released today a new single Heart Explodes, taken from their jaw-droppingly ambitious quasi-sci-fi concept album. Heart Explodes is an almighty mini-rock opera, which finds The Darkness baring all in a multitude of heartfelt emotions reflecting the hardships, struggles and changing relationships of life. 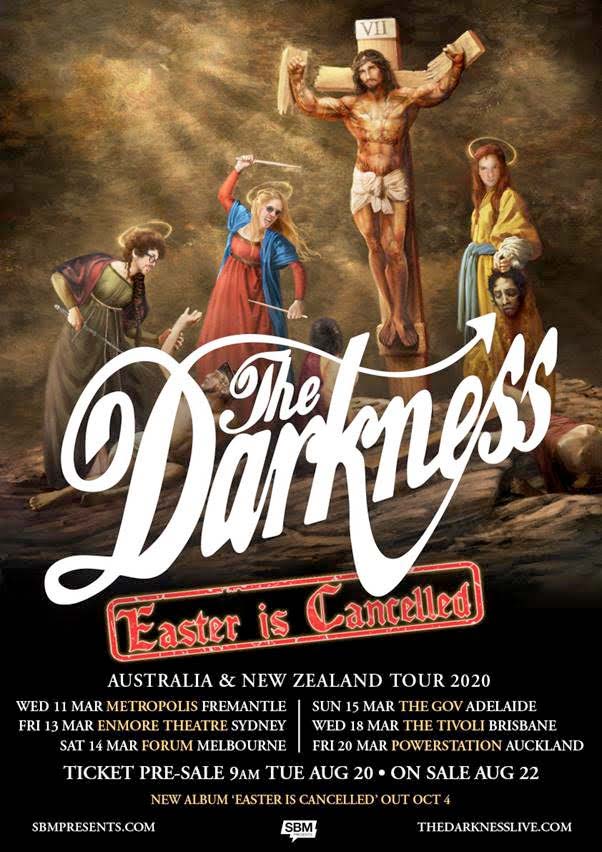