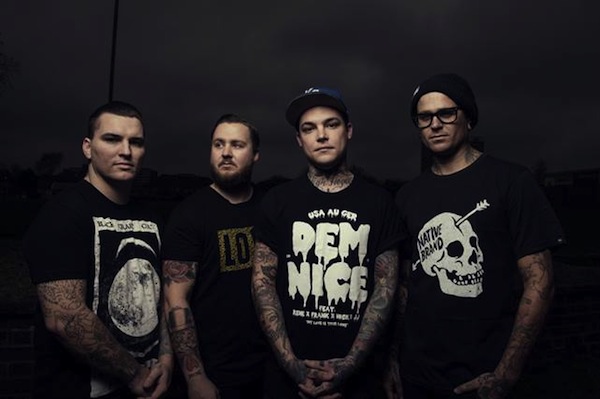 The Amity Affliction have notched up their third consecutive #1 debut on the ARIA chart, this time for their first documentary DVD Seems Like Forever.  The film, which has already achieved GOLD sales, spans their extraordinary story thus far and offersan all access look into the band’s entire history, including footage from their early days through to last year’s epic Let The Ocean Take Me World Tour.

Seems Like Forever was filmed in locations from all corners of the globe including Australia, Europe and the U.S.A. and you can check out the trailers at www.theamityaffliction.net.The special deluxe edition of TAA’s #1 ARIA album, Let the Ocean Take Me has also launched digitally with the previously unreleased tracks Skeletons and Forever that are also featured on the DVD.

The band has confirmed that they will announce an Australian tour shortly. This would follow their sold out Australian tour for Let The Ocean Take Me where they played the biggest venues of their career thus far including The Riverstage in Brisbane, Festival Hall in Melbourne and Hordern Pavilion in Sydney.