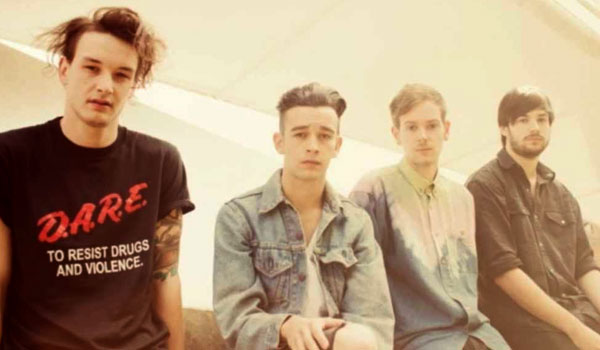 Manchester 4 piece band The 1975 have released their new single ‘Girls’ off their debut self-titled album ‘The 1975’, which shoot straight to number 1 in the UK. The catchy song is a mixture of 80’s pop and rock, a perfect combination for the addition of lead vocalist Matt Healy.

Despite it being their debut album, the band has been making music for quite some time, with numerous EPs already released. The album is a compilation of the music they have created over the span of their career. The deluxe version of the album which has a whooping 39 tracks, showcases the talent of Matt Healy (vocals), Adam Hann (guitar), George Daniel (drums) and Ross Macdonald (bass guitar) who make up The 1975. The album inspired by Healy’s love of 80s music displays and explores themes of drug abuse, which has become an anthem in their hit song ‘Chocolate’, as well as the transition of teenage angst and anxiety to adult life.

The band has already made airwaves across the globe, after supporting bands such The Rolling Stones, Muse, The Neighbourhood and Bastille. They have kept themselves busy playing legendary Glastonbury, Reading and Leeds Festival, playing to over 6K fans at Japan’s Summersonic and are set to play Hong Kong Music Festival Clockenflap in a couple of weeks time.

Breaking away from their accustomed black and white aesthetic, check out their cleverly ironic video for their new single ‘Girls’ here, which is out now.

The band, whose set is surely not be missed, are set to head out to Australia early next year for the Big Day Out. Check out the tour dates below: