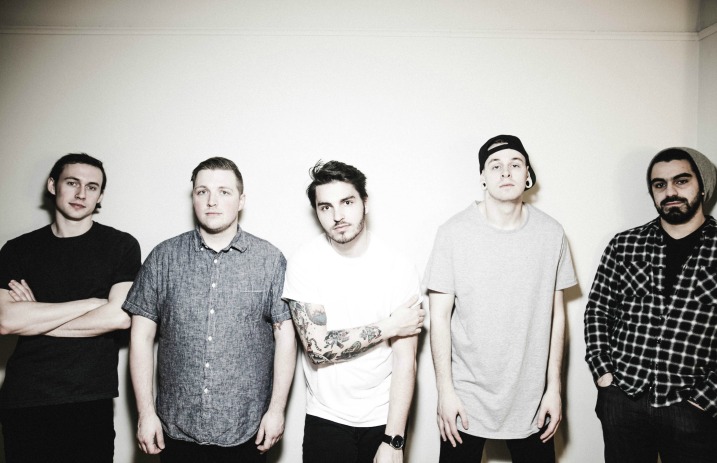 Featured Band: Sleep On It

Releasing such a revitalising track, “Might Crack” is one of the best songs you’ll hear all week. North Carolina’s alt-electronic artist Must Be The Holy Ghost has put together some amazing soundscapes in here, with a simplistic, ethereal beauty to it. With the lyrics being quite emotional, it’s mellow, indie-rock vibes are contagious, leaving you goosebumps on your skin. Must Be The Holy Ghost’s sophomore EP Overflow will be available for release September 16 via Cardigan Records.

Being compared to the likes of Jimmy Eat World and Modern Baseball, Melbourne’s three-piece band Columbus have been catching the attention of listeners since they released their debut record Spring Forever last Friday. “Nervous Wreck” is a lovely acoustic number, complimenting Alex Moses‘ soothing presence in his vocals. The video captures how intimate and personal “Nervous Wreck” is and it honestly has the power to take your breath away. Spring Forever is available now via UNFD / Rise Records.

You might’ve come across Trophy Eyes when they released killer single “Chlorine” last month. In anticipation of their sophomore record Chemical Miracle, the Newcastle outfit have released another banger titled “Heaven Sent”. Encompassing such a well-developed punk and emo dynamic, you can tell the five-piece have set the bar high with this number in particular. With raging guitar riffs and John Floreani‘s gruff vocals, Trophy Eyes shed some light on how talented they really are. Chemical Miracle will be available October 14 via Hopeless Records / UNFD.

After dropping “Fake My Own Death” unexpectedly, Canadian punk/alternative outfit Sum 41 showcase a heart-wrenching journey with “War”. This number is a ballad that pulls apart every single demon frontman Deryck Whibley has faced in his life. From his constant battle with substance abuse and turning away from his talent, he has managed to showcase a stronger version of himself in this single. Flourishing in every lyric and verse accompanied by some solid instrumentation, “War” gives Sum 41 a backbone. Their sixth album 13 Voices will be available for release October 7 via Hopeless Records.

Last Week, Australian hard rock band Airbourne released another solid track titled “Breakin’ Outta Hell”. With an anthemic chorus, accompanied by an electrifying sound, this will surely be a favourite for fans of AC/DC. Even then, this number would totally bring the house down at an arena show. The four-piece will be releasing their fourth record Breakin’ Outta Hell September 23 via Spinefarm Records.

Bloods – “Bring My Walls Down”

Sydney’s Bloods bring their A-game with latest track, “Bring My Walls Down”. Highlighting a mix of punk, indie and garage-pop, this song doesn’t tread lightly as it’s made up of empowering vocals and a powerhouse chorus, charming the ears of listeners passing by. For a three-piece, they have brought out a sensational track, booming all sorts of magic with a rousing dynamic.

Putting the rock in roll, Melbourne’s Pagan cannot be hushed with their recent offering of “Wine and Lace”. Coming off as a slow-burner at first, the interesting combination of metal, punk and rock is addictive and exhilarating. With what seems to be a scary rollercoaster ride with Nikola’s intimidating yet intriguing vocals, Pagan’s strong presence is unmissable in this wild number.

Brooklyn-based band The So So Glos are fully energised and quick to tell a story with “A.D.D Life”. Bringing on a wild adventure of sounds, their blend of indie and punk elements is very fitting with their apathetic lyrics. “A.D.D Life” shows rebellion and something out of the norm, in true punk fashion. The So So Glos will be releasing their third record Kamikaze September 16 via Ten To Two Records.

Sleep On It – “Unspoken”

Saving the best for last, Chicago-based band Sleep On It show courage and charisma with “Unspoken”. It awakens your soul in the most unexpected places, inspiring you to achieve new heights; giving you the same rush of fuzzy feelings after watching some hard-hitting episodes of Friday Night Lights and One Tree Hill. The volumes of this track gives you an edgy vibe to what alternative/ indie music should be.

With lead vocalist Zech Pluister moving forward and leaving his original band, Bonfires, Pluister has found his home with Sleep On It, and you can tell just by how passionate and inspired he is when singing. Being the newest addition of Equal Vision Records, it’ll be exciting to see how much the five-piece will thrive in the future. Their third EP Lost Along The Way will be available October 21 via Equal Vision Records.