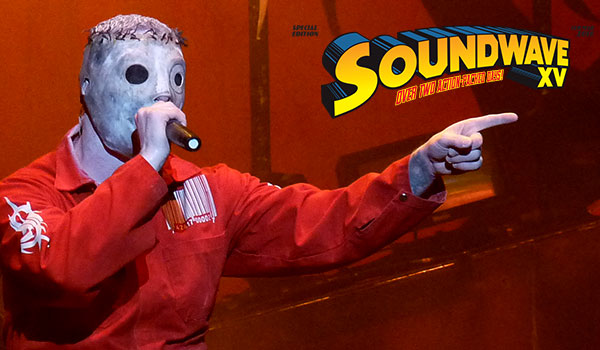 Following the epic first wave of bands announced for Soundwave festival 2015, the speculations about a second announcement and the already iconic sidewaves began straight away. However, Soundwave boss AJ Maddah confirmed on Twitter, that headliners Slipknot, Faith No More and a few others will be exclusive for the festival.

@yourowneulogy FNM, Slipknot and a few others will be exclusive to the festival.

In addition, Maddah confirmed a second wave of bands joining the already awesome line-up, with all of them to be revealed in September.