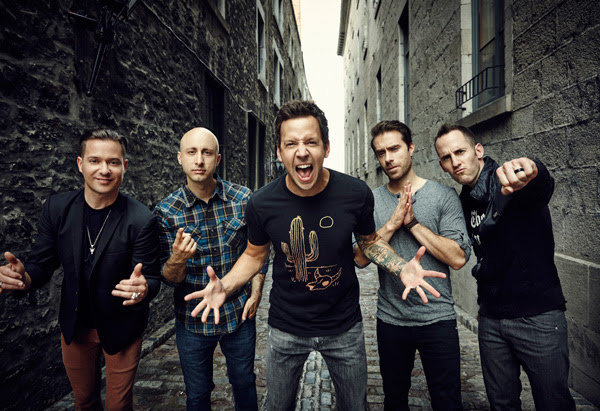 Tickets for the Melbourne leg of the SIMPLE PLAN 15th Anniversary Australian Tour went on sale at 10am on Wednesday morning (17th January)… they sold out within 60 minutes.

Due to an unprecedented response from rabid Simple Plan fans, the band and the promoters have agreed to add a second Melbourne show at the Forum on Monday 23rd April to cope with the demand. Tickets will go on sale at 10am local time, Monday 22nd January.

Simple Plan’s No Pads, No Helmets… Just Balls 15th Anniversary Tour is set to be a killer night chock-a-block full of pop-punk classics, and will see the band play their 2002 debut album in full at each show.

Rave reviews from the North American leg are flooding in, with Canadian Beats exclaiming it was “a truly epic performance by a group of pop-punk icons…a party that wouldn’t stop!” and Billboard stating “Everyone in the audience knew every single word, screaming them out almost as loudly as the band was playing.”

Already announced as national tour supports are US pop-punkers REAL FRIENDS and local rockers EAT YOUR HEART OUT, who will set the stage alight with scorching opening sets.

With a list of awards a mile long and over 10 million album sales globally, this is a MUST SEE for any Simple Plan fan. Tickets are selling FAST so don’t delay in grabbing yours today!

TICKETS FOR ALL OTHER SHOWS ON SALE NOW

With Special Guests Real Friends + Eat Your Heart Out*