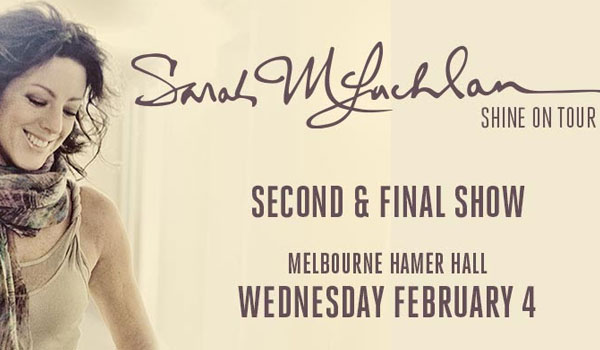 Proving to be one of the hottest tickets of summer, all dates announced for SARAH McLACHLAN’s Shine On Tour of Australia have sold out.

To meet the to continued demand for tickets, Sarah will now commence her Australian tour with an additional Melbourne date, performing at Melbourne Arts Centre, Hamer Hall, on Wednesday February 4.

Head to www.livenation.com.au for all tour information.