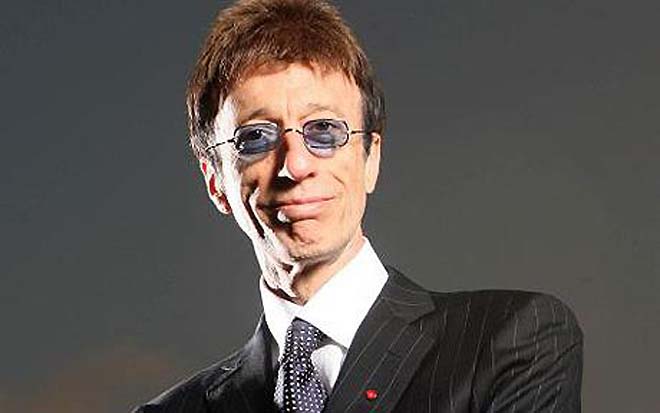 On 3 October 2014, Reprise/Warner/Rhino will release 50 St. Catherine’s Drive, the last solo album by the legendary songwriter, performer and founding Bee Gee, Robin Gibb who passed away in May 2012. The album has been compiled by his wife Dwina Gibb and son RJ Gibb, and includes most of the tracks originally recorded for the album, plus the last tracks written and recorded by Robin Gibb. Named 50 St. Catherine’s Drive – the address of the house where Robin was born in Douglas on the Isle of Man – the album is a reflective, sometimes autobiographical collection of songs mainly recorded between 2006 and 2008 but never released. With the addition of some of the final recordings by Robin Gibb, the album is a unique insight into the genius song-writing talent of this much loved and greatly missed globally renowned artist.

The final track on the album, Sydney is also the very last track recorded by Robin. As a demo recording, it is not as produced as the other tracks on the album, and the inclusion of the track is explained by Robin’s wife, Dwina Gibb:

“Robin composed this late at night, in August 2011, at our home, The Prebendal. He used the bedroom keyboards and then Garageband on an I-Pad. He wished to finish this song in a studio with Barry, for a new album he hoped they would record together, but his health prevented this. He missed his twin brother Maurice who had passed away; but when he closed his eyes, the three young brothers were back in Sydney, Australia, happy together with their dreams and hopes for the future. Their future creations of course affected the world. This fragment of song is poignant, wistful, beautiful and unfinished. It belongs on this album as one of his last works. He cried when he wrote it, and I wept when I heard it.”

50 St. Catherine’s Drive also includes three tracks, co-written with his son RJ Gibb, a new version of Bee Gee’s classic I Am The World and personal track by track notes by Robin’s wife Dwina Gibb. The album was produced by Peter-John Vettese.