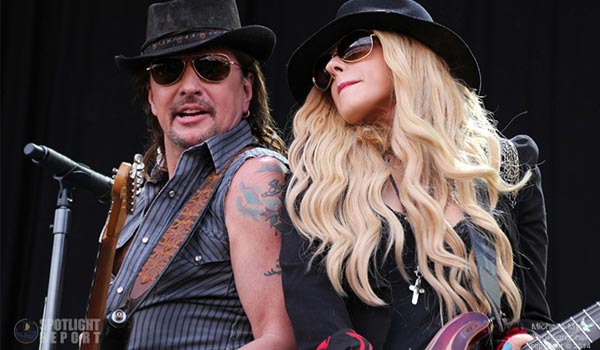 As part of this tour, fans can expect to hear songs from both Richie and Orianthi’s catalogues, Bon Jovi classics, plus songs from other artists they have performed with including, Michael Jackson’s Black or White and Alice Cooper’s School’s Out. The tour will feature world-class guitar mastery, with the charismatic duo creating an extraordinary show.

Grammy Award Winner Sambora brings to the table his Songwriters Hall of Fame skills conjuring addictive hooks and poetic lyrics. Richie has expressed his excitement about the upcoming tour, stating “I can’t wait to perform the classic songs fans know and love, as well as share a preview of what you can expect to hear on our upcoming debut album.”

RSO: RICHIE SAMBORA + ORIANTHI have completed work on a soon to be released but yet to be titled album.