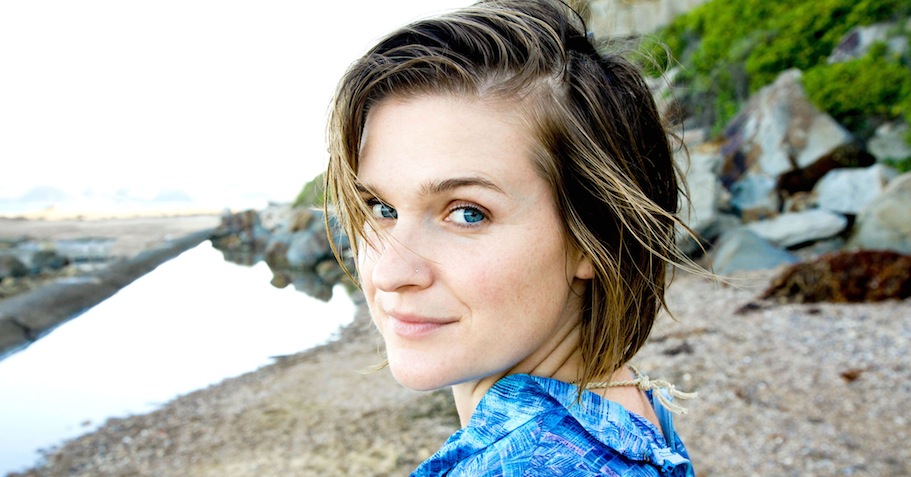 Byron Bay folk singer/songwriter Sam Buckingham has built herself a successful career in the music industry by touring the country countless times playing stages alongside some of Australia’s most renowned songwriters including the likes of Katie Noonan, Lior and Washington. Having already released two independent albums, Sam Buckingham today released her album ‘The Water’. The album opens with it title track ‘The Water’; an enchanting song with lullaby qualities that remind me of Lisa Mitchell and powerful vocals reminiscent of Julia Stone. The track, which was recorded in a stable on the south coast of NSW, is a surprisingly catchy song considering its somewhat dark themes. It had me instantly humming along upon first listen. The track is written from the perspective of speaking to a loved one dealing with depression. Buckingham has previously said “It’s a song about finding a space where you can allow light to come in. We all experience darkness and difficulty, and that’s an integral part of life – This song is about knowing there’s always somewhere to go to take a breath, connect with yourself and keep walking through.”

There is a clear country influence throughout the album but it shines most on ‘Living in the Dark’ which has some serious country vibes like that of Kasey Chambers. The album doesn’t go without a few collaborations and ‘In My Baby Arms’ is an absolute highlight of the album. It’s a beautiful duet alongside Timothy James Bowen, and the contrast of their vocals alongside each other is evocative and haunting, something you’d expect to hear on a The Civil Wars album.

Much of the album is a diary documenting Buckingham’s travel around Latin American, which shapes most of the album but mostly on ‘Compra Los Pantalones’, a song sung entirely in a Spanish.

At the half way mark of the record, Green Water is a stunning but short instrumental that ebbs and flows much like water itself. The track perfectly encapsulates the feeling of the album – haunting and hopeful. It seems that water is a important recurring motif throughout the album as Buckingham, who spent time with Sea Shepherd on a turtle conservation project said “…. the idea of ‘the water’ doesn’t represent an external, physical location anymore. It’s become a place that I can access internally – It’s always there, as long as I’m willing to go there.” The idea of water once again returns on closing track ‘Little Water’. Another short track, at about a minute long, it features faded vocals over a strumming ukulele. A fitting end to this journey that Sam Buckingham has taken us on.

Sam Buckingham’s new album ‘The Water’ is out now. You can also catch her on tour now, dates below