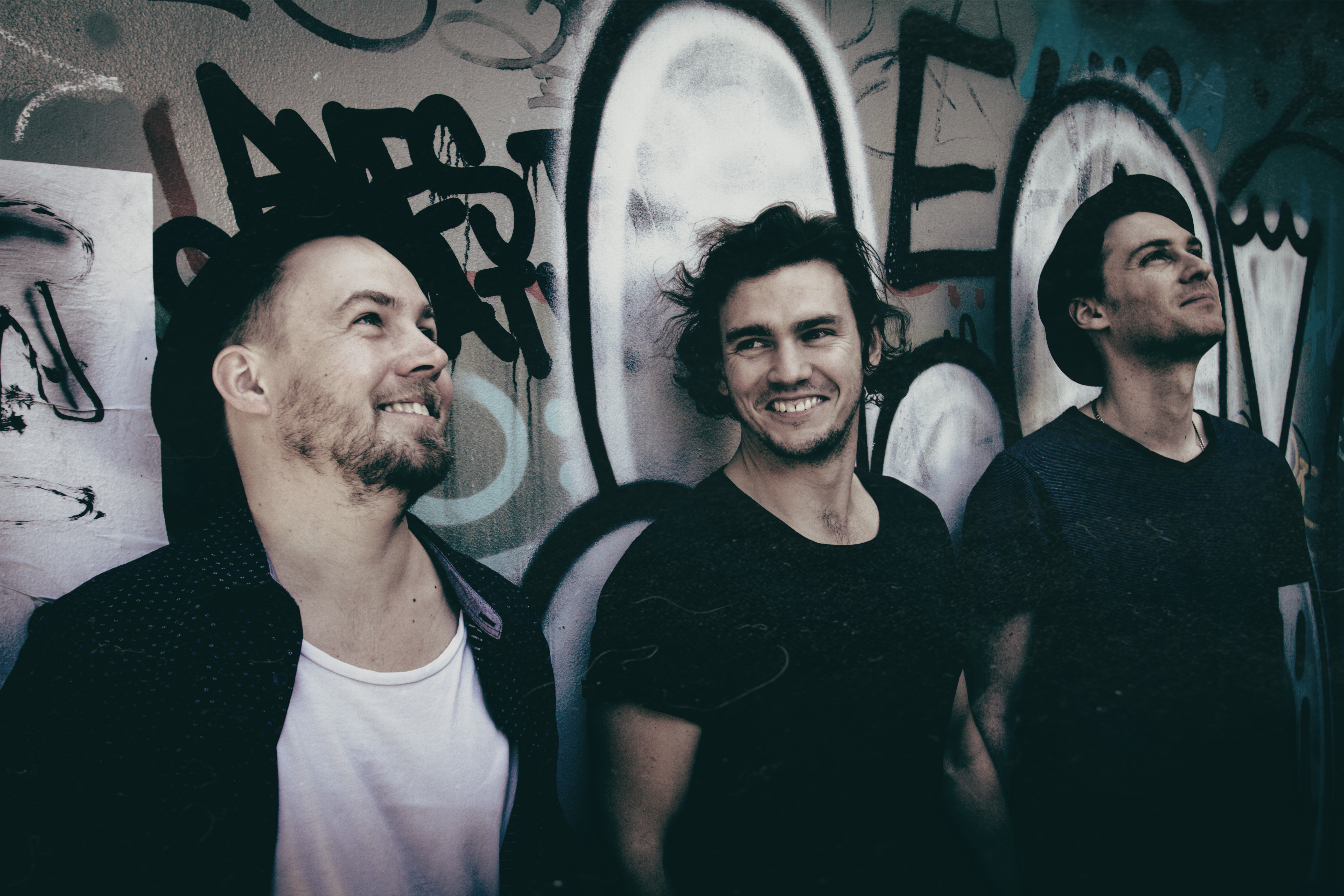 Having recently signed to international music company Audio Network, Sydneysiders Tenderfoot has gained our attention with their stunning track ‘The Balcony Tale’ from their EP ‘Beginnings’ which is out today (5 August). Frontman, John Vella, took the time to answer the question we had about how the project of Tenderfoot came to be, working at Abbey Road and the sound of their EP. Read below

To begin, we want to get to know a bit more about Tenderfoot, so how did the project begin?

We were just 4 guys in a room, playing some songs you know :) Beatles references aside we had have all played together in various projects for years and decided we wanted to do something special. We believed we could make some great music together as a band and decided to give it our focus and see what happened, and here we are!

As you’ve said before, this project has been developing for years, in what ways has it evolved from your original idea for a band?

We used to play under my name as a solo artist. These guys were my favourite cats in town, so I suggested we become a unit. All for one and one for all. Doing so has worked really well I think. We all believe that you get out what you put in. I wouldn’t sound half as good without these guys so bringing their creativity and passion to the front has definitely elevated us. 4 heads are better than one if the dynamic is right, and we are lucky enough to have that.

In a recent interview with Happy, you mentioned that you took a break from music in 2012 – how did you regain your creative flow when you decided to get back into it and get your creative juices flowing?

I took a rest from being an artist for a minute, so I could catch a breath and find a new way to approach it. During that period I started pushing my composing career which led to a lot of work in advertising. This was great for me as it kept me musically creative and pushed me into new territories. I think when it was time to come back with Tenderfoot I just had a clearer vision for the way forward. In terms of keeping creative, it comes in waves, but the key is to keep showing up. You just have to stay on the tools.

Could you tell us about the themes or concept behind your new EP ‘Beginnings’?

Lyrically it’s an introspective record, and deals with themes that I personally have dealt with, which I think many people have dealt with, hence making the themes a little more universal. Basically we wanted to make something honest, from lyrics through to performance, with the belief that there is still a place for band led musicianship in the music industry. Talking lyrics, in some instances I’ve gone for a straight up literal, Bill Withers style lyric, like in The Balcony Tale. In others, like Crazy Suzie I’ve used the story more as a metaphor for the content. In that one I was drawn to the idea of having other characters depict my emotions.

How would best describe the sound of the EP? Organic Songwriter Pop. How does that sound? We tracked our band together live, without any click tracks or live take edits. We basically wanted to sound like the ‘The Band’ on this record. They played with Dylan when he went electric. Their movie The Last Waltz was a big influence, as were many great band led songwriter projects. Tom Petty, Dylan, through to John Mayer and Ryan Adams, even a bit of Bon Iver on the closing track.

Other than the obvious Bob Dylan and Ryan Adams influences in the EP, are there subtle, artists that inspires the way your music sounds that we can’t hear as clearly?

In terms of my songwriting and voice, my Dad’s record collection definitely plays a subtle part. I heard so much of it growing up that I can hear it coming through in my music. Booker T and the MG’s and Dylan took up most of the playlist. John Mayer is also absolutely one of my favourite artists. Our band’s sound really is the sum of it’s parts. You can hear our bass player Joel’s STAX/MOTOWN influences. Our keys player Torch has a big love of Elton John, Ben Folds and Billy Joel. Paul Derricott is on the drums on this record. He’s a jazz man at heart, but plays the hell out of a Tom Petty groove. He was really unwell on tracking day and just rose to the occasion and gave such a great performance. All the tracks went down in a day, and doing it all live depends pretty much on the drummer being able to deliver. His playing really comes through I think.

You worked alongside Ryan Miller on producing this EP – what was that like? Did you learn anything from him that you will carry onto future music endeavours?

Ryan is just great. He’s an amazing producer. Totally in tune with what we were hoping to achieve on this record. His knowledge of analogue gear and techniques were absolutely key to the sound we ended up with. He led us to a vintage Neve 1073 console, that in itself is pretty special! I’m always learning, that’s the goal, and yes I took lots from working with Ryan, on many levels. We actually went to the same high school for a few years but didn’t really know each other at the time. It’s pretty cool that we’ve needed up being mates and collaborators.

In what ways in the creative process different for creating an EP for yourself as opposed to producing soundtracks to commercial campaigns, as you have done in the past?

Good question! Well to start, one you get paid for, and the other you pay for… One you’re working for someone else, and the other you’re working on leaving a legacy of somekind, even if it’s just for your grandchildren. I actually really like writing for briefs on commercials. I find it challenging and rewarding. When it comes to making my own art with my band, that’s for us really, with the hope that if it’s honest enough and good enough people will connect with it. We want to make something that we are really proud of. To leave something behind that might stand the test of time. The thought of people listening to music I made 200 years from now is fascinating to me, and I feel lucky to work in a medium where that’s possible, so we’d better make it count.

So you guys are headed to London to work with producer Julian Emery on a full-length album – what are you looking forward to most about those sessions?

Yes, we’ve teamed up with a great music company Audio Network, who are sending us to Abbey Road Studios. We get to orchestrate this next record there, as well as work with Julian, who’s work we are big fans of.

What we are looking forward to the most will definitely be working at Abbey Road. I mean, The Beatles, Pink Floyd. It’s one of the most influential spaces in the history of music. So it’s really an honour to be invited inside the front door. For me, I’m thinking that listening to these string arrangements we’ve written be performed there with an orchestra will be a very special moment.

Shout outs should also go to Hercules Street Studios and Ryan Miller, who we’ve brought in again to engineer. We’ve started the record here in Oz, and head to London in September.

Lastly, just a fun question to wrap up, if you weren’t making music what do you think you’d be doing?

I think it’s safe to say there’s no plan B for us.

Tenderfoot’s new EP ‘Beginnings’ is out today, you can buy it here