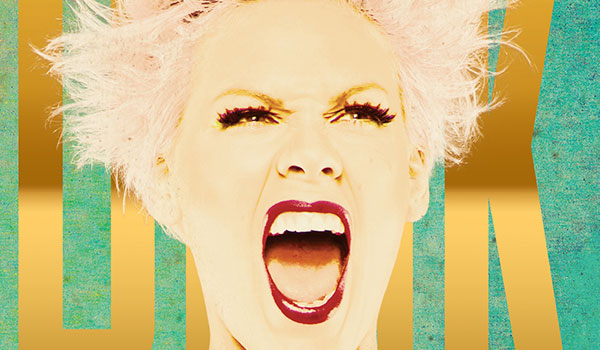 With over 140 shows in 13 countries around the globe, P!nk has brought the sold-out show and amazing spectacle of THE TRUTH ABOUT LOVE TOUR: LIVE FROM MELBOURNE to ecstatic fans – and the fans have gone out in droves to make it number 1 on the ARIA DVD chart this week!

THE TRUTH ABOUT LOVE TOUR: LIVE FROM MELBOURNE DVD and Blu-Ray contains over 2 and a ½ hours of content including the 1 hour and 50 minute concert, as well as the bonus features including ‘The Truth About Tour’ and “A Day In The Life of Rubix’ mini documentaries, and the must see to be believed bluegrass version of ‘Slut Like You’!

The concert was filmed in Melbourne during the Australian leg of the tour, where P!nk broke the record for most dates in one venue on the same tour, performing an astounding 18 shows to almost 250,000 fans – breaking her own record from her previous acclaimed Funhouse Tour in 2009 . Pulling from her seven album repertoire, the show includes some of her biggest hits such as “Blow Me (One Last Kiss),”F***in’ Perfect,” “Try,” “Raise Your Glass,” and “So What” and P!nk’s recent single, “Just Give Me A Reason” featuring Nate Ruess which reached #1 on both the Australian Airplay Charts, the Hot 100 Chart for 3 consecutive weeks and topped global charts all over the world, including the UK and Germany. The DVD also includes bonus features such as rehearsal footage leading up to this spectacular show!

THE TRUTH ABOUT LOVE TOUR: LIVE FROM MELBOURNE features the jaw-dropping theatrics and acrobatics that P!nk has become renowned for, collaborating with creative partner and show director Larn Poland (who also directed The Funhouse Tour: Live In Australia) to produce a visually stunning stage production that includes pyrotechnics, soaring stunts, and career-spanning hits. P!nk continues on The Truth About Love Tour in the U.S. through the end of 2013, finishing her record-breaking tour on December 14th in Atlanta.

P!nk’s seventh album, The Truth About Love debuted at #1 on the Australian ARIA Album chart, as well as in six other countries, and also reached #1 during her Australian tour. This album continues her reign of debuting at #1 in Australia, but also marks P!nk’s first #1 debut in the U.S. and a personal first week sales best. The album is certified 8X Platinum in Australia, platinum in the U.S., 2X Platinum in the UK, Germany, Ireland, and the Netherlands, and Platinum-plus in over ten countries. It was also nominated for a 2013 Grammy for Best Pop Vocal Album.

Since her debut in 2000, P!nk has released seven albums (Can’t Take Me Home, M!ssundaztood, Try This, I’m Not Dead, Funhouse, Greatest Hits So Far!!!, and The Truth About Love), sold over 40 million albums, 65 million singles (nearly 20 million digital tracks), over 1 million DVDs worldwide and has had 14 singles in the top 10 on the Billboard Hot 100 Chart (four at #1). The Funhouse Live DVD is certified a massive 31 x Platinum in Australia and peaked at #1 on the DVD chart, and the Greatest Hits So Far!!! is certified 7 x Platinum in Australia. She is the recipient of three Grammy® Awards, two Billboard Music Awards, six MTV Video Music Awards, two MTV Europe Awards, and two People’s Choice Awards. She has also been named 2013’s Billboard Woman of the Year.

THE TRUTH ABOUT LOVE TOUR: LIVE FROM MELBOURNE DVD and Blu-Ray Track Listing:

8 Just Give Me A Reason

11 How Come You’re Not Here

The Truth About Tour

A Day In The Life Of Rubix