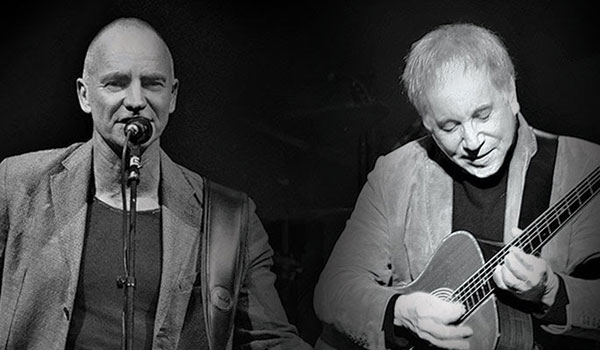 Sting & Paul Simon, two of music’s most renowned and enduring artists, will bring their critically-acclaimed On Stage Together tour to New Zealand and Australia in 2015.

Tickets for all performances are on sale now with new tickets priced from $99.90 – which were previously sold out – just released for all Live Nation produced shows*.

Tickets for all shows are on sale now.
For complete tour and ticketing details, visit: www.livenation.com.au