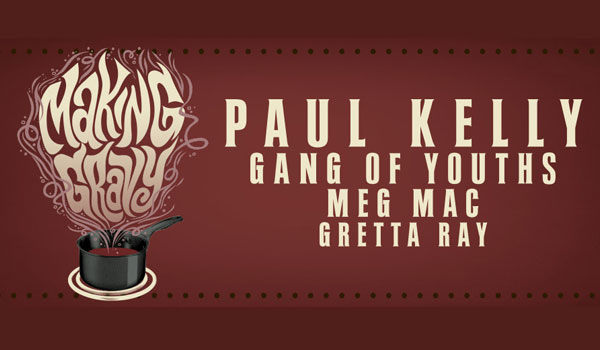 In 1996, Paul was asked to contribute a song to a charity record, ‘The Spirit Of Christmas’. When he was told that the song he had chosen was already taken, he decided to write his own. An unlikely Australian Christmas classic was born – ‘How To Make Gravy’ – it’s over five minutes long, has no chorus, and is set in jail.

Over the last 21 years the song has grown to become a true Christmas anthem, and amongst Paul’s fans, the 21st of December has become known as ‘Gravy Day’, and even a #putyourgravyout movement started last year.

So Making Gravy now has Paul putting his gravy out. Watch a special Christmas Gravy and Mash.

Adding sweetness and that extra tang to the Making Gravy line-up will be special guests Gang Of Youths, Meg Mac and Gretta Ray.