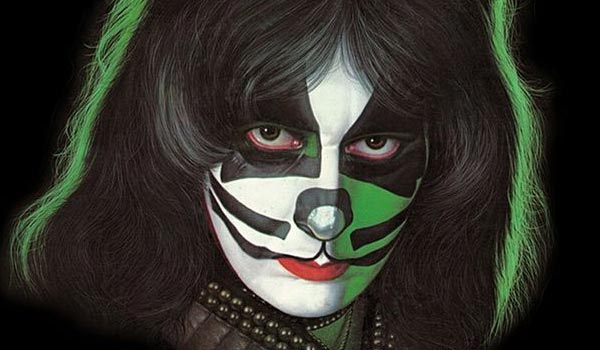 Shout Out Loud Events are proud to announce the Rock ‘n’ Roll Hall of Fame Member, Legendary Founding member and Catman of KISS Peter Criss One Last Time Dinner Performance Show at The Sofitel on Melbourne 12th May 2017 as well as Peter’s Signing & Photo sessions with fans at The Australian KISS Konvention at Wick Studios 13th & 14th May.

This is Peter’s second last performance ever with the final one in New York City in July this year.

The One Last time show will include a Live intimate performance by Peter backed by his longtime friend and guitarist Mike McLaughlin and Australian Rock sensations Sisters Doll plus a few other surprises will make Peters band one to be reckoned with as well as the performance the ticket holders will receive a 3 course sit down meal with drinks a Limited-Edition Collectors bag with no less than 5 Never items specifically for this performance.

Peter will also be at this year’s KISS Konvention both days for over 10 hours each day signing and have professional photos taken with the fans as well on the Saturday 13th he will be holding a Q & A session.

This truly is a once in a lifetime event as Peter will not be back these are his last two live shows and Melbourne he wants to say goodbye to Australia.

Shout Out Loud Events are proud to announce The 2017 Australian KISS Konvention at Wick Studios Brunswick 13th & 14th May. This year’s Konvention is the biggest one ever held in Australia with very special guests such as Rock ‘n’ Roll Hall of Fame Member, Legendary Founding member and Catman of KISS “Peter Criss” he will have Signing & Photo sessions with fans from 11.00am to 10.00pm both days as well as a Q&A session on the Saturday afternoon.

Also attending as he did last Konvention is former KISS guitarist and crowd favorite Bruce Kulick. Bruce will be performing both nights with his local resident band Sisters Doll, as well as this he will be having a meet & greet lunch and guitar clinics. Bruce will be available after both performances at his merchandise table signing and taking photos with fans.

Both Four By Fate & Sisters Doll will be performing both nights.

As well as the above there will be various exhibitors selling KISS items across all product lines.