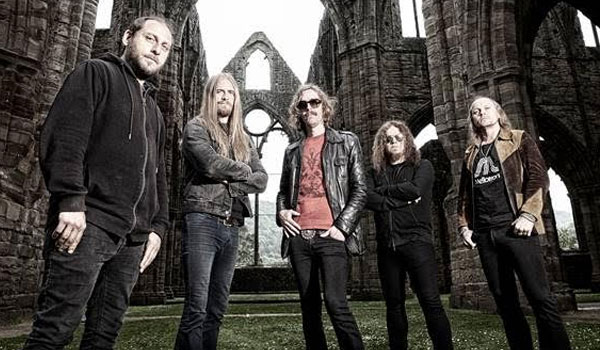 On the back of the exclusive Sydney Opera House Show – which sold out in an hour – and the subsequent announcement of a National tour: now due to overwhelming demand we are very happy to announce a second and FINAL OPETH Show in Melbourne at 170 Russell on Wednesday 8th February 2017. Tickets for this show are on sale NOW from: http://www.metropolistouring.com/opeth

The evolution of OPETH as a band is wondrous, witnessing spine-tingling music which bestrides genres, and an exponential growth in an ever diversifying fan base. OPETH performances are without peer – their live show is a deeply emotional, yet exhilarating experience. From centre stage they create an atmospheric utopia; theirs is truly a unique concert experience, and one not to be missed. If OPETH live deliver at an ever increasing peak, their artistic prowess in the studio is reaching dizzying heights, as will be seen in the sheer majesty of their upcoming album ‘Sorceress’. After their highly successful tour of Australia in 2015, and timed to complement their now sold out ‘Evening of Sorcery, Damnation & Deliverance’ concert at the Sydney Opera House, OPETH are pleased to announce Australian and New Zealand shows for February 2017 as part of the ‘’Sorceress World Tour’’.